How does a city stay in shape during a pandemic? A Manchester PT reveals her winning lockdown fitness regime

Meg Harbon is a Personal Trainer keeping Manchester in shape by hosting sessions from the confines of a shipping container in Pollard Yard. 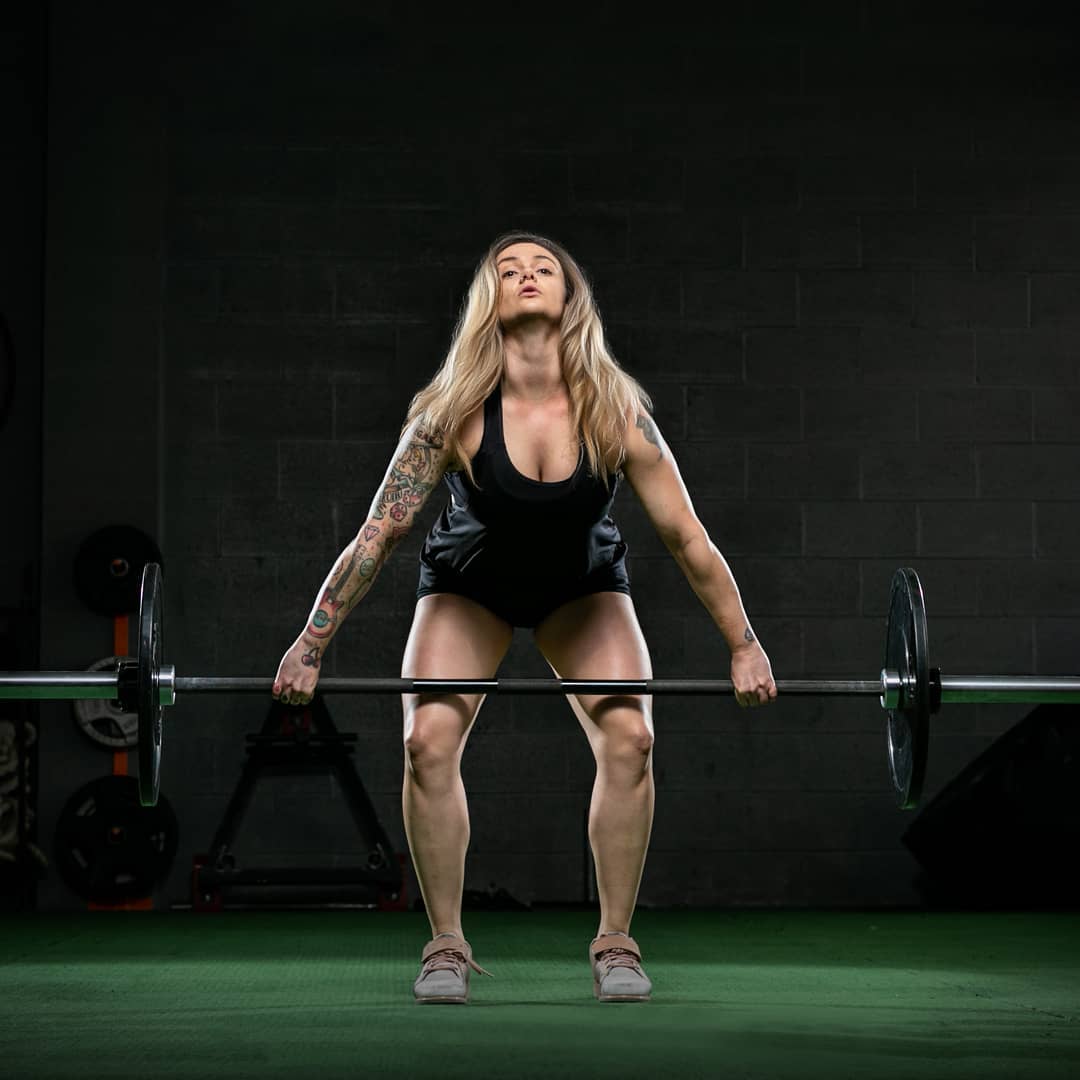 When the fireworks fizzle out on New Year’s Day, most of us start to make mental notes of what we want to achieve in the 365 days ahead.

January 1 is the perfect opportunity to plan career moves, set fitness goals, and draw up our big, ambitious blueprints for the future.

But none of that really went to plan this time around.

2020 well and truly put the cat amongst the pigeons – leaving all our imaginative to-do lists in tatters.

Very few of us have ended up where we imagined – and Meg Harbon is the perfect case in point.

If you’d told her in February that she’d soon be spending her working days inside a shipping container, she’d have laughed you out the room.

But here we are, riding the second wave of a global pandemic, and this former Pure Gym PT is leading training sessions from the confines of a steel cuboid in Pollard Yard.

Meg converted the container – titled ‘The Training Yard’ – into a makeshift fitness space when red tape was wrapped around the gyms back in spring; initially launching online sessions before inviting her clients inside when the lockdown lifted.

It’s proven to be a refreshingly unique kind of workout environment.

Free of prying eyes and shiny mirrors, The Training Yard is a spot where anxious clients can train without feeling self-conscious; but also where more experienced gymmers can take their sessions to a whole new level undistracted.

Meg was one of several local PT’s who launched their own fitness regime when the big gyms closed; but she also dedicated hours to building a document that ultimately turned into Manchester’s lockdown fitness bible.

At 69 pages, ‘Isolated Fitness’ is an absolute unit of a read – providing the kind of insightful, practical home training advice (with step-by-step instructions and images) that didn’t just carry locals through quarantine; but actually got them fitter and stronger.

The book is structured so readers can pick out their favoured exercises and work out the way they like; focusing on particular muscle groups or parts of the body.

And that’s exactly how Meg’s sessions function: She lets clients have a say in shaping their own fitness plans.

Many PTs take a somewhat unforgiving approach to training – with exercises, plans and diets all set in stone. Working out is exactly that: Work.

But Meg doesn’t quite see it that way.

“I try to build a plan alongside people so they can achieve their goals, get a sweat on, but actually look forward to their sessions.

“For me, it’s about finding the best plan for the individual – so they can develop a healthy relationship with exercise.

“I want working out to be the best part of their day, not a chore.”

Meg understands how hard it can be to get into a productive fitness routine.

She spent over a decade working in hospitality, where alcohol, fatty foods and late nights were part and parcel of a standard evening.

It was only when Meg approached her third decade that she started exercising more regularly.

It began slowly, too. A run here. An exercise class there.

But it turned into something more serious when she started seeing results.

Recognising a transformation in her physical and mental health, Meg opted to turn her hobby into a career.

“It was mainly about changing habits,” Meg says, explaining her transition from night owl to early bird.

“We’re all habitual creatures. It’s just about establishing that routine.”

Patterns are a big part of Meg’s lockdown workout philosophy.

She looks after a wide range of clients all looking to achieve different things (packing on muscle, losing baby weight, trimming belly fat) – but the reason they’ve all seen success is down to their ability to weave workouts into their routine; so it becomes as normal as brushing your teeth or taking a shower.

“The hardest part for many people is actually doing it,” Meg says.

“Some people who step into the gym… they feel self-conscious. Some women are afraid to pick up weights. Others just feel a bit silly doing a new exercise for the first time.

“But when you’re at home or in the shipping container – it’s just you. You don’t have to worry about feeling stupid.”

People flocked to Meg’s online sessions during lockdown – where she helped her clients plan sessions around whatever equipment they had at home.

Dumbbells were like gold dust right throughout the summer – but Meg found a way around it by encouraging her clients to buy 5L water containers to use as substitute weights instead.

It’s proof that top training doesn’t have to be expensive to get results.

“Getting a sweat on during the day means you’ll sleep better at night, have more energy the next day, and just be equipped to tackle life’s challenges better,” Meg tells us.

“You’ll find you want to eat better, too, to improve your training.

“It makes such a huge difference – especially in this climate.”

According to Meg, as little as 20 minutes working out every few days can lead to results.

“Focus purely on exercise and shut out the world – even if it’s just for 20 minutes a couple of times a week.

“It can make such a huge difference.

“Sweat it out and you’ll see how much better you feel.”

Learn more about Charla Fitness – and grab a copy of the Isolated Fitness guide – here. 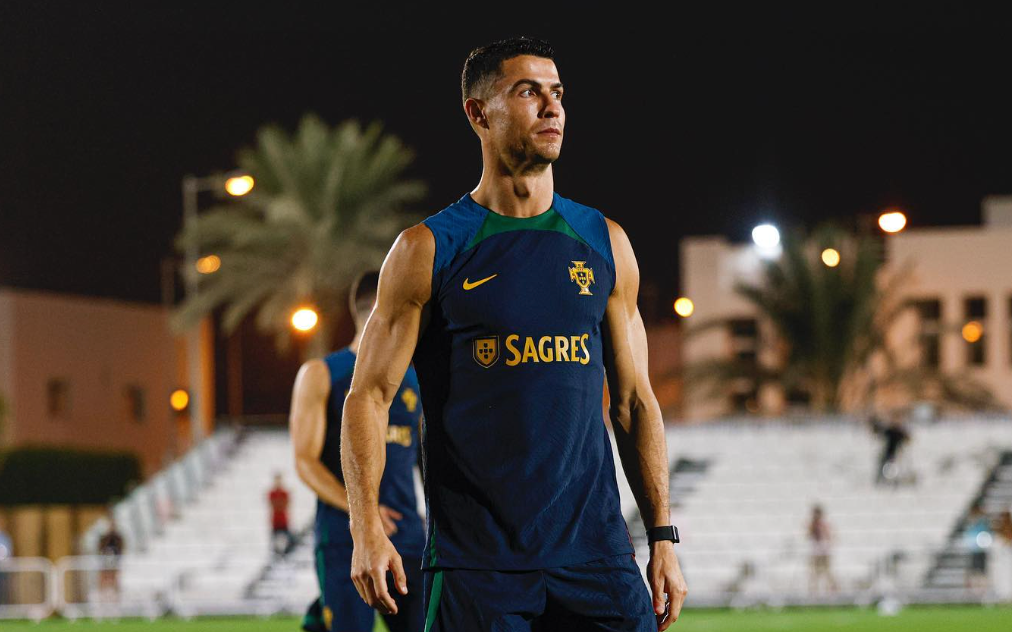 In news that is sure to annoy Man United fans, Cristiano Ronaldo is reportedly set to earn £16 million in compensation following his high-profile exit.

Ronaldo‘s contract was terminated following a mutual agreement between the player and the club — the only feasible outcome after his now-infamous Piers Morgan interview.

Now though, United are still obliged to pay the outstanding £16m in wages that the once beloved number seven would have earned were he to see out the remainder of his contract.

The Portuguese national hero and sporting icon was said to be on over £515,000 a week during his second spell at the Red Devils and it looks as though they might still be paying him now he’s gone.

However, as per ESPN sources, the latest rumour is that Saudi Arabian club Al-Nassr FC are leading the race to sign him and although it might not be his first-choice destination, they are reportedly willing to sweeten the pot for both parties by fronting the cost of his £16m in compensation.

Though a move to Saudi-owned Newcastle United has also been mooted, the Al-Nassr are thought to be offering him a ridiculous package of more than $119 million (£100m) per annum and a three-year-and-a-half year contract.

Whether you like it or not, no matter where Cristiano goes, big money follows.

Whoever CR7 ends up choosing as his next club, they will inevitably have to pay beyond a pretty penny to secure his signature.

Though he may be entering what would traditionally be considered a footballer‘s twilight years, which often sees players accept a wage cut to keep playing, the 37-year-old is still in incredible shape and it’s unlikely he’ll be ending his career anytime soon.

Where do you think he’s going next?