How have Manchester United’s players rated so far this season?

In preparation for the long-awaited return the Premier League, here’s an overview of Man United’s season so far and where they find themselves when play resumes. 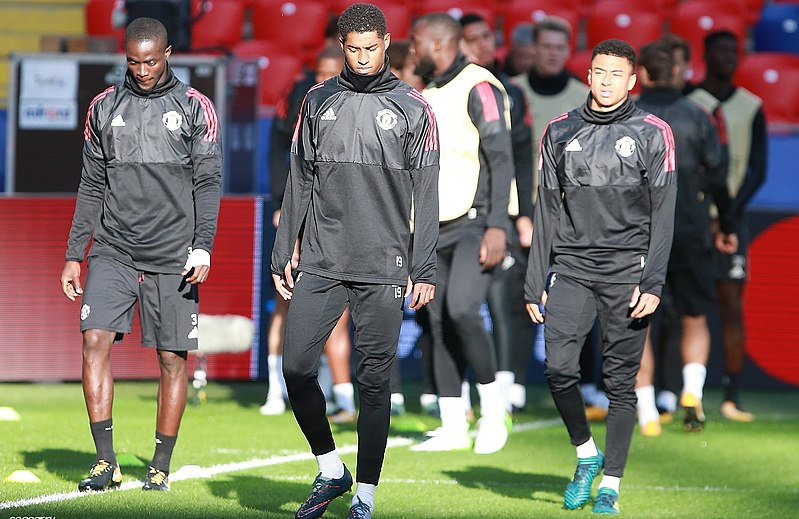 The resumption of the footballing season is just around the corner. Some big sacrifices and changes have had to be made – but the Premier League is set for a comeback.

Much of the talk leading up to 17 June has revolved Liverpool’s seemingly imminent title win – but what lies ahead for Manchester United?

Ole’s men have managed only 12 wins from 29 matches this season, with 8 losses – but things were beginning to look a little brighter before the season was halted.

In March, the Reds found themselves unbeaten in ten matches in all competitions and just three points off the top four.

Should the knock-out competitions be resumed as planned, the Manchester side will find themselves in contention for the FA Cup and the Europa League.

As the big date looms closer, this is the ideal time to look back at Man United’s season so far – and where they find themselves once play resumes.

David De Gea: De Gea has conceded 33 times in 32 appearances in all competitions. He’s managed 10 clean sheets, most of which have come in the latter half of the season. Still, despite the upturn in performances, we have seldom seen the Spaniard at his best this season. (6/10)

Sergio Romero: United’s second choice goalkeeper doesn’t get a look in when it comes to the league, but he has rarely put a foot wrong in the cup competitions this season. In his 14 appearances this season, he’s conceded only three goals and managed 11 clean sheets. (8/10)

Aaron Wan-Bissaka: Questions have been asked about the 22-year-old’s attacking abilities but there is no doubt that defensively he has been excellent, particularly in 1v1 situations. A strong debut season so far. (7.5/10)

Brandon Williams: While his inexperience is evident at times, Williams has certainly proved himself to have great potential after providing a strong challenge to Shaw throughout the season. Not bad for a 19-year-old. (6.5/10)

Diogo Dalot: The Portuguese defender has only played only few games due to injury and has had very little impact on the team. (3/10)

Eric Bailly: Bailly has only managed five appearances this season due to ongoing injury problems. He did however put in a standout performance at Stamford Bridge during a crucial game for the Reds. (5/10)

Harry Maguire: There is clear confidence at the club in the English international’s abilities; naming him captain in his first season at the club. While his performances haven’t always been up to scratch, there have been obvious improvements during the back half of the season. (7.5/10)

Luke Shaw: The introduction of Brandon Williams is the best thing that’s happened to Shaw this season; he’s put in some great performances in the back half of the season. (6.5/10)

Marcos Rojo: Rojo is currently on loan at Estudiantes after just nine appearances this season; it seems as though his time at Old Trafford may soon be coming to an end. (3/10)

Phil Jones: The English defender has been on a downward spiral for some time now. He has just eight appearances this season and one of few positive contributions came from a headed goal against Tranmere Rovers in the FA Cup. (3/10)

Victor Lindelof: Very unconvincing at times, but has improved with the rest of the defensive line-up as the season has progressed. (6/10)

Andreas Pereira: Inconsistent at best, completely absent at worst. He may have made 37 appearances this season but he’s only managed 2 goals and 4 assists. It’s clear that Pereira isn’t up to it. (3.5/10)

Bruno Fernandes: The newest addition to the team has only featured in blank games but his arrival was definitely a turning point in United’s season. He’s been the standout player in almost every game he’s featured, whether that will continue when football returns remains to be seen, however. (8.5/10)

Fred: After a lot of criticism and uncertainty about his place in United’s team, Fred has had an impressive season after a consistent position in the starting line-up. A shout for POTY for many United fans. (8/10)

Jesse Lingard: A disappointing season to say the least and probably his last at Old Trafford. (3/10)

Nemanja Matic: Matic was out of favour at the start of the season but he has proven suddenly became a vital player to the team in the back half of the season. (6/10)

Paul Pogba: Hindered by injury problems for most of the season, the Frenchman has only featured in 8 games and wasn’t always convincing. Certainly not his season. (4/10)

Scott McTominay: He was one of the standout performers during the first half of the season and his knee injury was a massive blow to the midfield. He seems to have picked up right where he left off since returning to the team. (7/10)

Anthony Martial: The Frenchman has been under scrutiny this season but he has no doubt been a key element in the attacking line-up with 16 goals and some important strikes against City and Chelsea. (7.5/10)

Daniel James: The Welshman got off to a strong start but has wilted slightly as the season has progressed. He’s managed four goals and seven assists in all competitions but he has definitely shown promise. (6.5/10)

Marcus Rashford: United’s star man this season until a back injury in January put Rashford out of action for the foreseeable future. He has still managed to score 19 times in 31 appearances in all competitions and has been a standout performer for the Reds. (9/10)

Mason Greenwood: It’s clear that the 18-year-old has natural ability in front of goal and that he has a bright future ahead of him. His record of 12 goals in 36 appearances is excellent. (7.5/10)

Odion Ighalo: Many were mocking United’s decision to sign the Nigerian forward in January but Ighalo has proven himself to be a decent squad player. Fans were largely pleased to hear his contract had been extended to January (6.5/10)