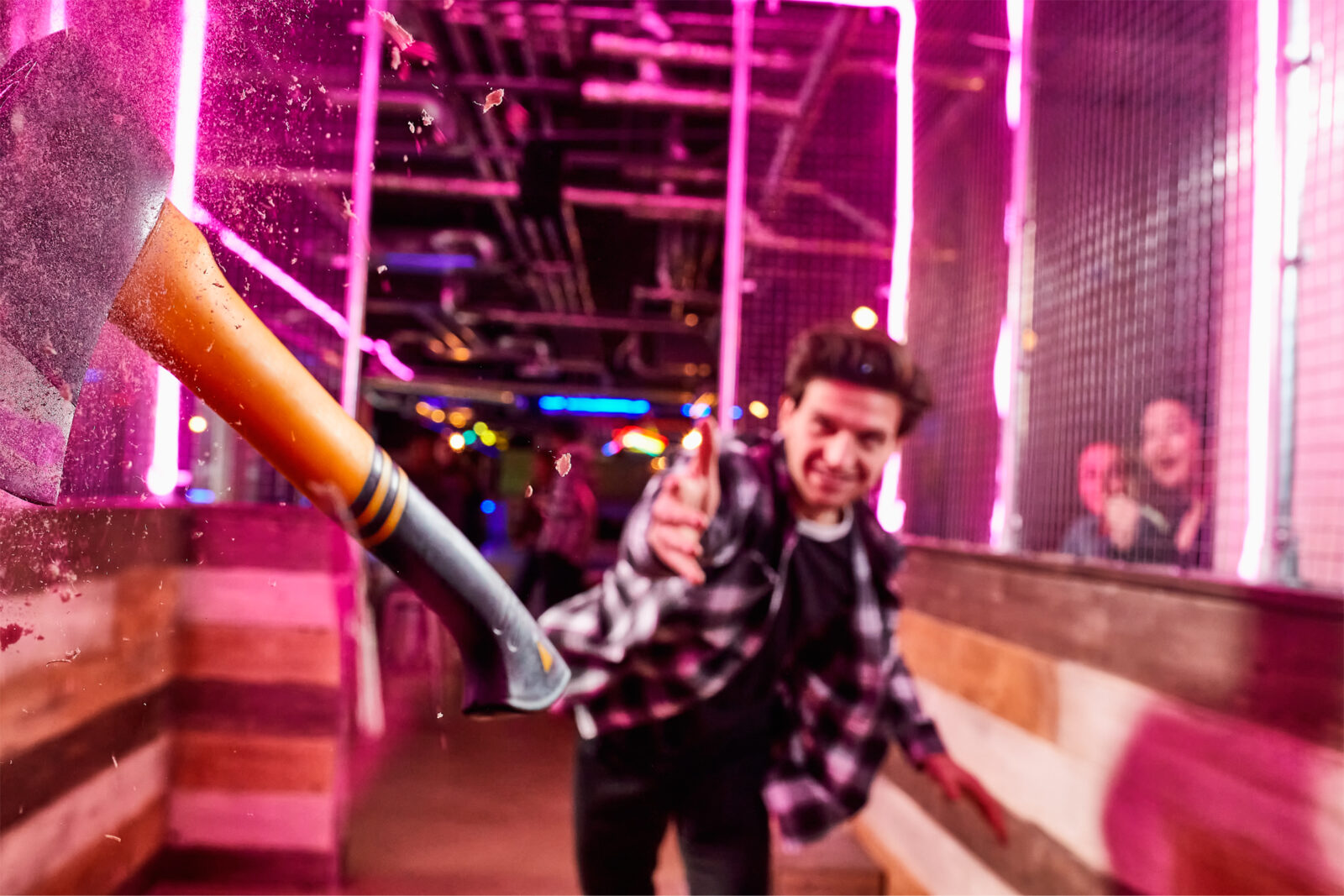 A new competitive gaming experience is opening in Manchester next week.

Boom Battle Bar will offer axe-throwing, augmented reality darts, and plenty of other activities at its new home in the Printworks.

With bookings now open, the newcomer will be taking over the former short-lived Lazy Lizard nightclub.

Inside, you’ll find augmented reality darts, where state-of-the-art technology has been used to create different game modes to the pub classic past-time.

Then there are two axe-throwing lanes, again enhanced with digital technology – though it goes without saying that you can’t pick up an axe if you’ve had any alcohol.

In contrast, alcohol is a prerequisite for one of the other activities. A pair of beer pong tables will be available to book in 45-minute blocks.

A street food-style menu will include chicken tenders and nachos, while the bar will serve Battleground-themed cocktails like the Long Island Iced Tee, a Tiki-inspired Ship Faced, and an Axepresso Martini.

“Spanning across multiple levels and packed full of our most sort after games including axe throwing, augmented reality darts and karaoke booths which fit up to 15 people, we just know the people of Manchester are going to love this venue and the ultimate competitive thrill BOOM has to offer.”