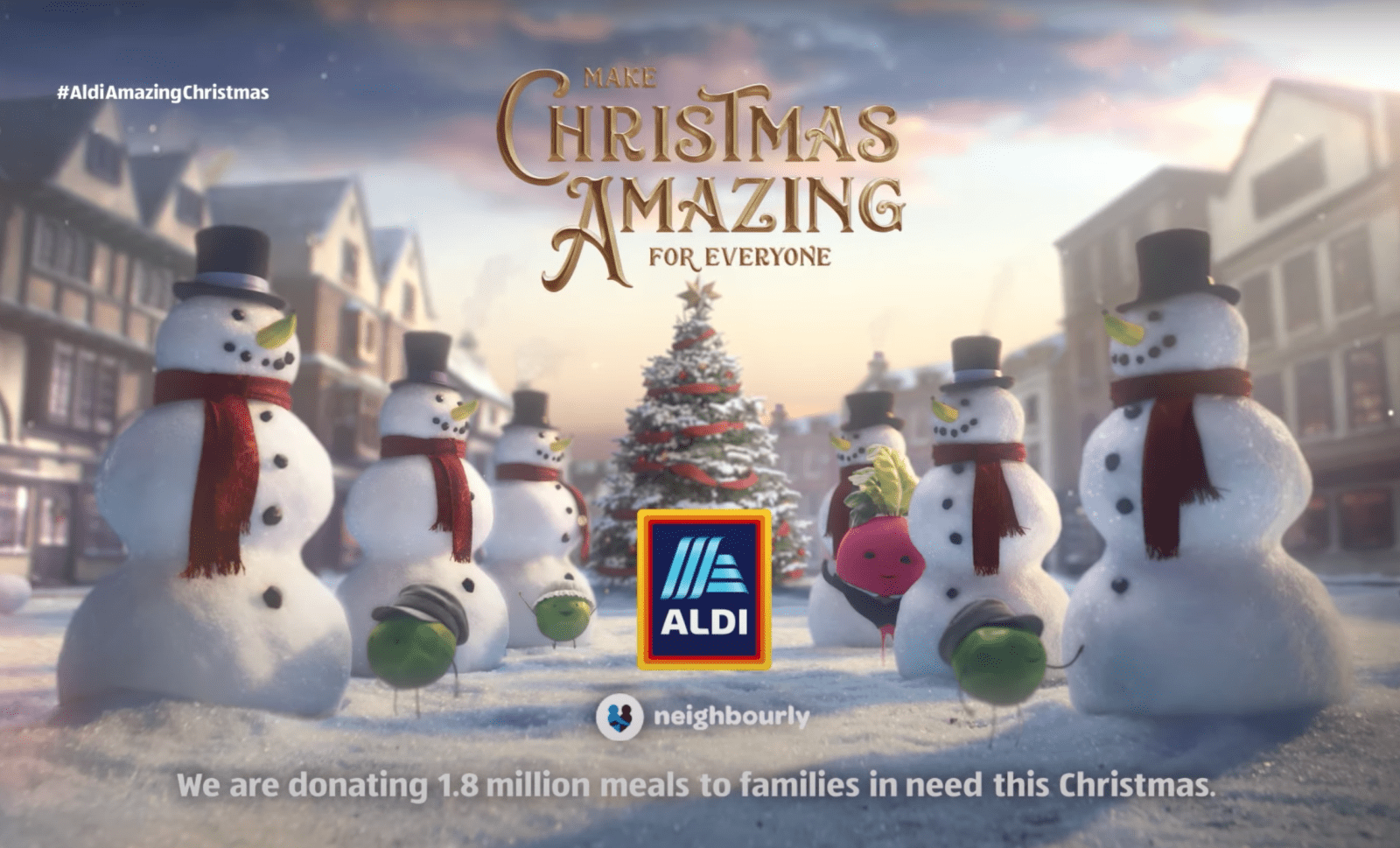 The iconic ‘Kevin the Carrot’ is back for Aldi’s new 2021 Christmas advert, and he’s recruited the help of some pals for a very important cause.

The budget supermarket retailer has certainly become known for its Christmas adverts starring everyone’s favourite carrot character in recent years, and this year, it’s absolutely no different, as the release of the 2021 edition yesterday evening soon amassed millions of views and thousands of comments and interactions.

The advert is a take on Charles Dickens’ classic A Christmas Carol – renamed ‘A Christmas Carrot by Charles Chickens’ – and it features various different, and excellently-named, festive food-themed characters including its lead ‘Ebanana Scrooge’, and Kevin himself taking on the role of ‘the Spirit of Christmas’.

The story follows the Christmas-loathing Ebanana, who is reminded of the joys of the festive season by the Spirit of Christmas until he eventually realises the positives of Christmas, and goes around spreading goodwill.

But there’s one name from the advert that everyone’s talking about – ‘Marcus Radishford’.

During Ebanana and the Spirit of Christmas’s whistle-stop tour of the joys of Christmas, they encounter a smiley red radish named ‘Marcus Radishford’, which is of course a clever pun based on the Manchester United and England footballer, and is actually voiced by the 24-year-old Wythenshawe-born striker too.

And Marcus’s inclusion is for a brilliant cause as well, as for the advert, Aldi has partnered with award-winning giving platform Neighbourly – which helps businesses make a positive impact in their communities by donating volunteer time, money, and surplus products, all in one place – to donate 1.8 million meals to families in need this Christmas.

“As a family, we relied on the local food bank to get our Christmas dinner,” Marcus Rashford explained, adding: “To this day, I remember queuing outside that building with mum, mum feeling embarrassed that she might be recognise [and] it’s with that in mind that I’m delighted to lend my support to the Aldi campaign.”

Marcus continued: “For many children in situations like mine growing up, there is very little expectation around this time of year, add the impact of the pandemic and the very least they deserve is a Christmas dinner.”

He also added on Twitter: “Well done Aldi, this is much bigger than a Christmas ad. [It] might not be Oscar-worthy, but glad I could play my part.”

Sean McGinty – Marketing Director at Aldi UK – added: “Christmas is a time for hope, and we’re privileged to be working with Marcus, who is one of the most inspirational young people in the UK, having done so much in the past 18 months to help provide free school meals for children.

“At the same time, it wouldn’t be the festive season without Kevin the Carrot on our TV screens, and we’re thrilled to be bringing him back for the sixth year for his many fans, in what we think is his best Yuletide performance yet.

“We hope our campaign will remind everyone of the true meaning of Christmas.”

Steve Butterworth – Chief Executive at Neighbourly – said: “We’re delighted to be supporting Aldi in their year-round food redistribution programme and in their commitment to donate 1.8 million meals this Christmas.

“These donations will help a record number of families across the UK during what is expected to be the busiest year on record for local charities and causes.”

You can watch the 2021 Aldi Christmas advert in full here.