This impressive and historic property has been owned by Keith Hopwood for three decades. 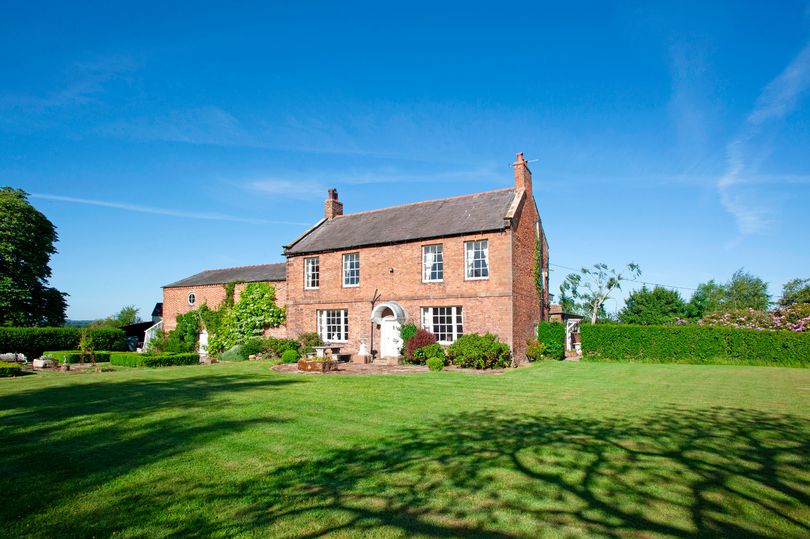 An iconic figure on the Manchester music scene from the 1960s has just put his Grade II listed Cheshire home up for sale and it looks absolutely incredible.

Dating back to the 18th century, Hulgrave Hall is owned by Keith Hopwood.

Mr Hopwood – from Davyhulme – was one of the founding members of Manchester band Herman’s Hermits, where he provided rhythm guitar and backing vocals for the popular band who had a hit No. 1 single with their chart debut ‘I’m Into Something Good’ in 1964 and sold in excess of 80 million records.

Hopwood has since turned his hand to music production, meaning Hulgrave Hall’s dedicated recording studio has been used by a fair few famous names over the years.

Sitting in 10 acres of stunning Cheshire countryside, the tastefully-decorated five-bedroom property – which is located in Tiverton, near Tarporley in Cheshire – is set against the backdrop of the stunning Beeston and Peckforton castles.

The country home – which offers manicured gardens and traditional Georgian architecture – includes a main house which extends across three levels and a separate cottage, plus the two-storey barn building which houses the studio and office.

Other outbuildings include a separate gym and a dedicated workshop.

It boasts plenty of original period features throughout, with exposed wooden beams and rustic stone fireplaces, along with a library, dining room, drawing room and wine cellars too.

Not only is it an impressive property visually, but as mentioned, it’s also steeped in music history.

As the base for Hopwood’s successful studio business, Pluto Music, the fully-equipped professional music room has seen bands including The Clash and The Smiths make use of the services over the years, and the studio has composed music for TV productions such as The Wind in the Willows, The BFG and Bob the Builder, among many others.

Keith Hopwood told the MEN: “My family and I have lived in Hulgrave Hall for the past three decades. It’s been the most fantastic home for us and ticked all the boxes in terms of what we were looking for – a large outdoor garden and entertaining area, my own studio space, many original property features and beautiful views from the grounds.

“The minute we saw this property we fell in love – it was perfect for us.

“We’ve had a few famous faces on the grounds over the years, including Jason Donovan, Neil Morrissey and Stacey Soloman, however, before all that the property was actually a working Georgian farm, and then renowned for equestrian and racehorse training – even housed famous racehorse Red Rum in the stables for a short time.

“It’s a great location as well, with easy access to neighbouring villages and not too far to commute to and from London, when needed.

“We’re sad to be leaving but I’m sure that the next homeowners will love this home just as much as we have.”

Fancy a sneak peak inside then?

Hulgrave Hall is currently on the market with Chester-based estate agent Jackson-Stops for £1.75m.

You can find the full property listing on Rightmove here.