The concept of déjà vu can be pretty confusing, right?

You can say that again.

It stands to reason that over the years there have been many theories that try to explain the weird sensation that is déjà vu and why we get it, but an NHS doctor – who has over 2.5 million followers on TikTok – has potentially put an end to any further debate about what may cause it.

In a short informational video posted to the video sharing social media platform – that started out with a classic repetition joke, just in case you were unsure what the phenomenon actually was – Dr Karan Raj explained that: “It’s a glitch in your brain.

“It’s when a new short term memory gets accidentally stored in the long term memory, so it feels like it’s happened before, because our brain is telling us it’s an old memory.”

He then concluded using the very technical term: “It’s just sloppy admin by your brain.”

Well it may not quite have been what we were expecting, but it certainly does make sense.

Before Dr Karan – who is well-known for his #schoolwithdrkaran series on TikTok and across various other social media platforms – stepped in to explain the phenomenon in simple terms, there have been many other theories to account for déjà vu.

It’s believed that déjà vu affects somewhere between two-thirds and four-fifths of all people, and is something which has fascinated scientists over the years.

However, they remain divided as to the cause.

Some experts believe it originates in the medial temporal lobes of the brain – which control long-term memory – however, they are unable to study the phenomenon deeply because déjà vu, by its nature, is fleeting and brief meaning it cannot be recorded or tracked, as it just happens and then goes away almost immediately.

Scientists have also looked at epilepsy to see whether it holds the key to déjà vu, as seizures also begin in the medial temporal lobe, and according to The Conversation, some researchers reckon they could somehow be linked.

It is possible to study the growth of seizures – which are essentially electrical overloads in the brain – and track them as they pass through the brain, and through this theory, déjà vu is also believed to be an electrical overload, stimulated in the rhinal cortices portion of the brain and then impacted upon the medial temporal lobe, and this would mean that a false signal is sent, implying that the brain has seen something before, even when it hasn’t.

Another theory holds that déjà vu occurs due to a failure of memory.

Although our brain’s “sloppy admin” still remains somewhat unexplained, Dr Karan has done a pretty good job of breaking down déjà vu for the masses, amassing over 338K views in the process.

You can find more of Dr Karan Raj’s videos on TikTok here.

This simple refreshing drink doesn’t require a lot of ingredients, and is really easy to put together in no time at all.
byEmily Sergeant 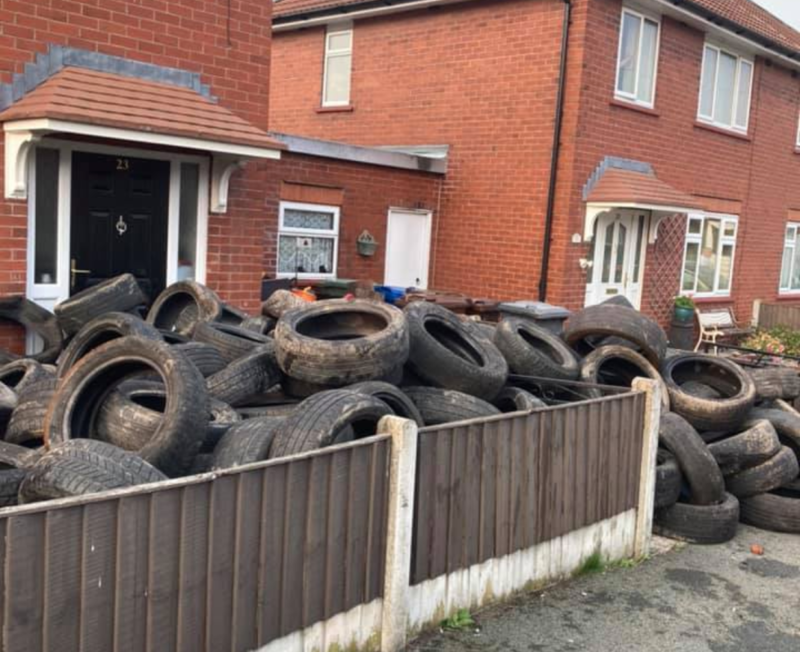 Karma at its finest.
byEmily Sergeant

MERE Retail is affectionately known by some as "the Russian Lidl".
byEmily Sergeant