"I want to help change the perception of who can be a drummer, and support all of the amazing charities and groups that BBC Children in Need helps." 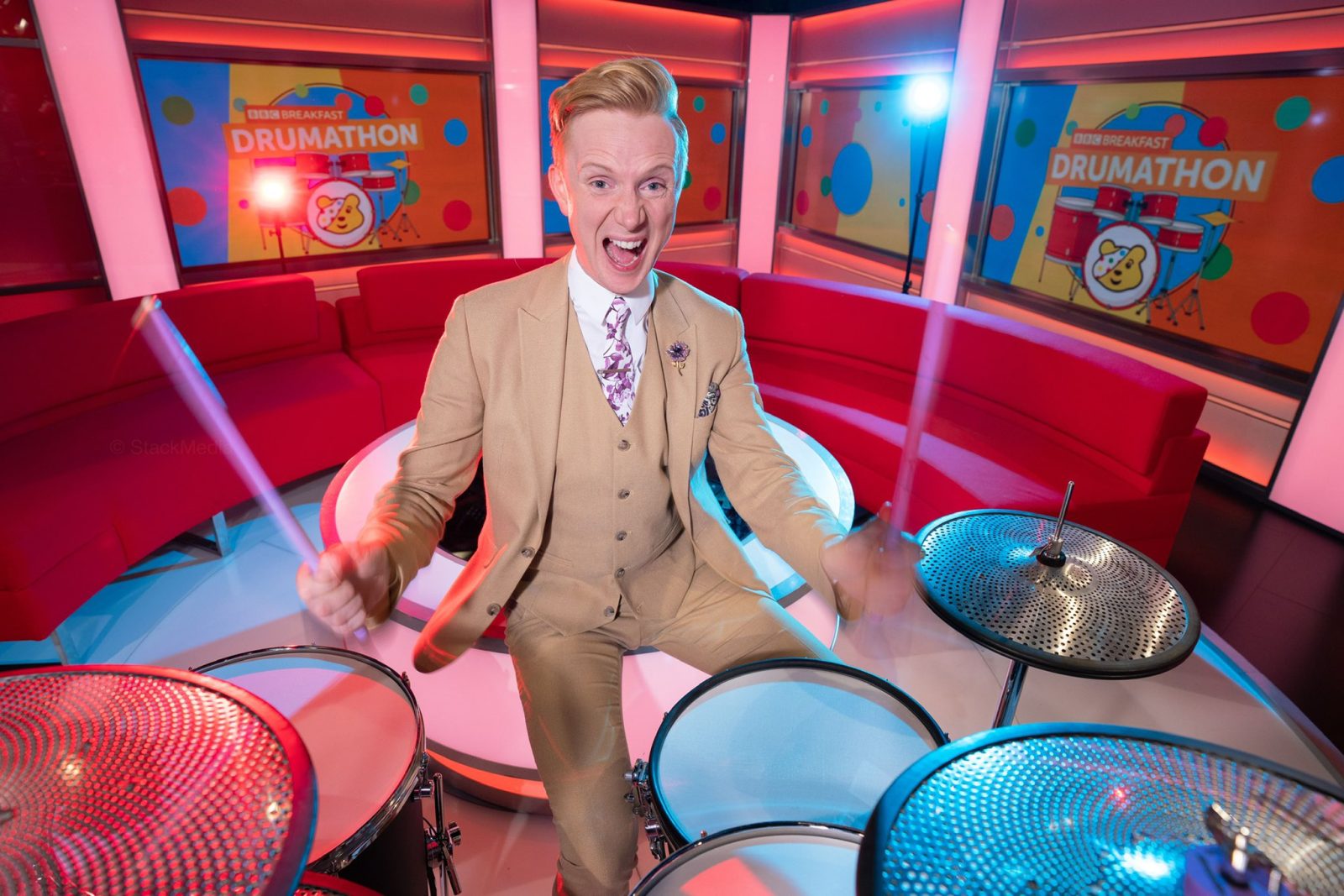 BBC Breakfast’s weatherman and resident drummer Owain Wyn Evans is taking on a special challenge for Children In Need this year.

He has accepted the mammoth challenge of doing a 24-hour ‘drumathon’.

Owain’s 24-hours of drumming will officially begin on BBC Breakfast on Friday 12 November at 8:35am, and will be streamed live on BBC iPlayer, before ending at the same time the following day on Saturday 13th November.

Throughout the day, Owain will be heard across the whole of the BBC on TV, radio, and online, and on the Friday evening at 6:55pm, to be exact, musicians from around the UK in every genre of music – from rock, reggae, and jazz, to funk, punk, pop, marching bands, body percussionists, and more – will join in to help spur him on by creating a wall of sound from Salford right around the rest of the country.

Several drum kits will be placed around MediaCity in Salford, with Owain’s main stage area in the BBC Philharmonic Studio – where members of the orchestra will join him for special performances.

There will also be some special moments throughout the day involving celebrity drummers, amateur enthusiasts, and local children.

“Over the years it’s helped me so much, it eases my anxiety and brings me so much joy [and] that’s why I’ve accepted this mammoth challenge [as] I want to help change the perception of who can be a drummer, and support all of the amazing charities and groups that BBC Children in Need helps.

“In preparing for the BBC Breakfast Drumathon, I’ve learned first hand how BBC Children in Need helps children and young people across the UK from a range of different backgrounds and identities.”

“This is quite literally life-changing and even life-saving stuff,” he continued.

“I really hope that together we can raise huge amounts of money for what I think is going to be a monumental challenge.”

You can find more information on BBC Breakfast Drumathon for Children In Need here.