Salford City Council has put forward plans for a new traffic order at the junction of Chapel Street and Victoria Bridge Street. 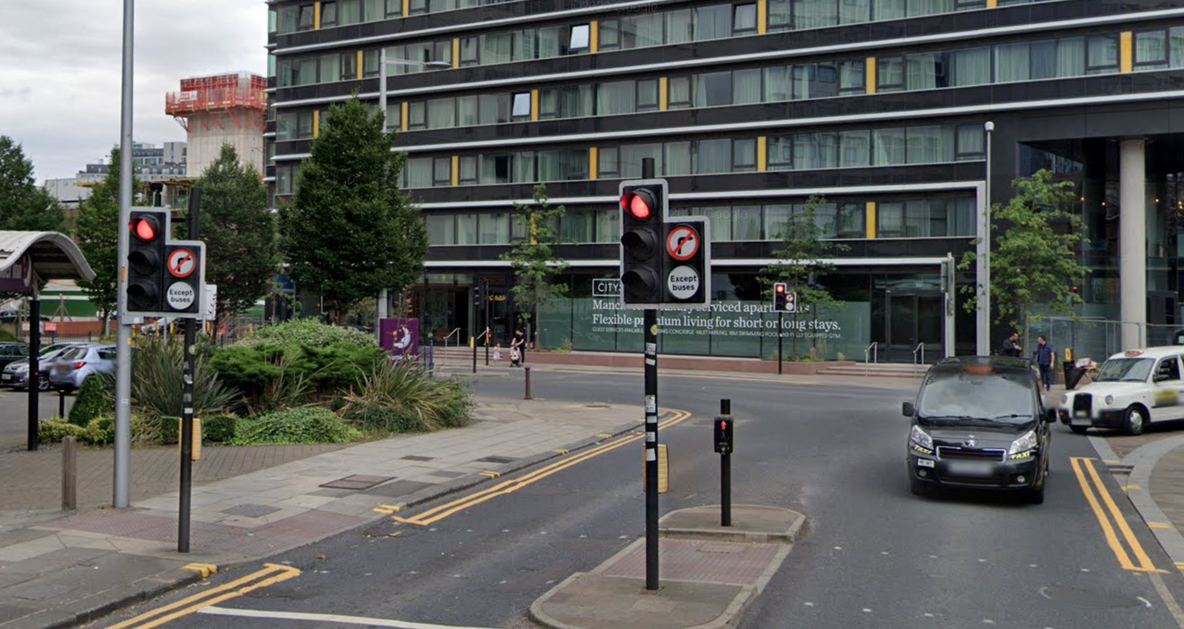 Salford City Council has confirmed that cameras are to be installed near a notorious city centre junction where drivers routinely ignore “no right turn” signs.

Council leaders have put forward plans for a new traffic order at the junction of Chapel Street and Victoria Bridge Street, in which it has been prohibited to make a right turn at for several years – with signs marking that only buses and cyclists should make the manoeuvre – but is ignored by thousands of drivers every week.

It’s even believed that around 50+ cars can sometimes make the right turn every hour during busy periods.

Gridlock traffic around Manchester city centre remains a problem for motorists – particularly on routes heading towards Salford and Trafford at rush-hour – and drivers frequently using Deansgate to cut across town has been a historic problem, so the move to install cameras at this junction is likely to be welcomed by many.

It also comes after the council’s decision earlier this year to temporarily pedestrianise a short section of Deansgate in response to the coronavirus (COVID-19) pandemic.

The new traffic order at the junction of Chapel Street and Victoria Bridge Street is to be introduced “on an experimental basis for a period of up to 18 months” and aims to gain further control of driver behaviour in the Chapel Street area.

It is expected to come into force by the end of this week.

Cameras will enforce to drivers the signs that make it clear only buses and cyclists are permitted to turn right at the bottom of Victoria Bridge Street.

All other traffic must turn left down Chapel Street.

Councillor Roger Jones – Executive Support Member for Transport at Salford City Council – said: “The proposed bus gate is part of an 18 month trial to help buses move around the city centre more freely to encourage more use of public transport in the long-term and create a safer and more attractive environment for walking and cycling.

“It will also reinforce the existing ban on vehicles turning right from Victoria Bridge Street onto Chapel Street.”

The move has also been welcomed by the campaign group WalkRide Salford, with spokesperson Harry Gray adding: “The council are doing this as it’s the only way to enforce something that’s already banned, as drivers just ignore the current signs. This will vastly improve the area for walking and cycling [which is] the main form of transport for locals in this part of Salford,

“[And] drivers from out of town can still access the city centre via Trinity Way.

“We want a vibrant city centre, free of rat runs, pollution and gridlock [and] this scheme will allow the regeneration of Chapel Street as a culture hub to thrive further.”

You can find more information via the Salford City Council website here.