Owning a Blue Peter badges also entitles kids to free admission at over 200 events/attractions across the UK. 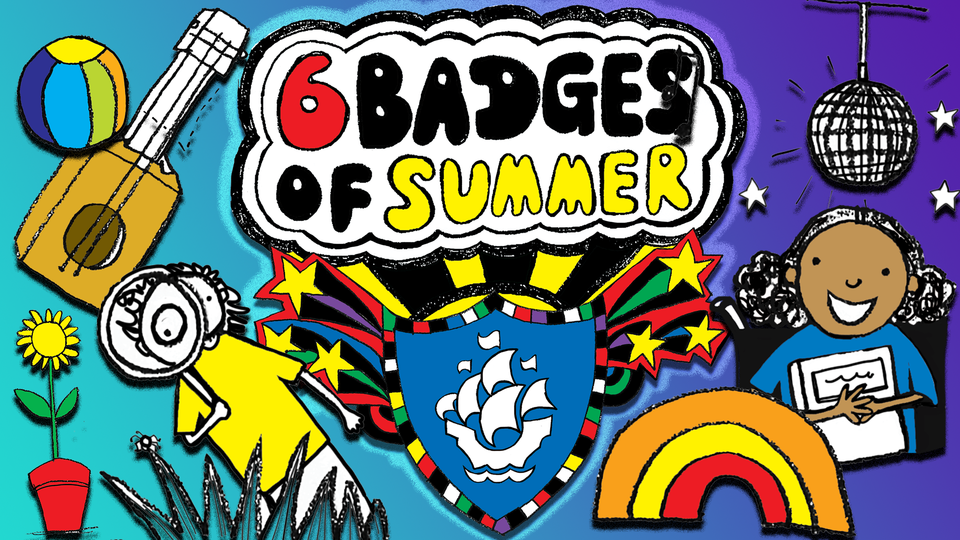 Being the proud owner of a Blue Peter badge has always been something to shout about, and now CBBC is giving kids the chance to earn six for themselves this summer.

A different Blue Peter badge will be celebrated over six weeks, with children between the ages of 6-15 encouraged to apply for each one and show CBBC how they’re getting on by sending in photos and videos of their achievements.

Whilst the badges won’t simply be awarded for just sending/uploading projects to the CBBC website, kids can use what they have made to apply for each badge.

Owning a Blue Peter badges also entitles kids to FREE admission at over 200 events/attractions across the UK.

The six badges up for grabs are – Green, Sport, Music, Blue, Fan Club and Silver.

Green badges are awarded for sending in letters, pictures and makes that are about the environment, conservation, nature and saving the planet; the Sport badge is awarded for getting active, and for trying a new sport or physical activity; the Music badge – designed by Ed Sheeran – is awarded to those who show off their passion for music by learning a new instrument, or being part of a musical performance; Blue badges are awarded for sending in interesting letters, stories, makes, pictures and poems, as well as potential ideas for the show; the Purple badge is a special badge awarded to those for joining the Blue Peter Fan Club; and finally, the Silver badge is given those who already hold a Blue badge and is awarded for making an extra effort and trying something new.

How do you apply for a Blue Peter badge?

Applications for each badge in the Blue Peter Six Badges of Summer programme are now open.

If you would like to apply for a badge, you’ll need to do so by post at the moment. Even though email applications were previously accepted for certain badges, these are currently on hold due to the volume of applications received amid the coronavirus (COVID-19) pandemic. The BBC has increased the size of its team in recent weeks to cope with extra demand, but is currently receiving an overwhelming number of emails, which is affecting how quickly it can respond to badge applications.

Only one badge at a time may be applied for per application.

Children must apply for badges themselves and are encouraged to put in as much effort as they can with their application to make sure it stands out amongst the thousands of others received.

Whilst children between the ages of 6-15 may only be eligible for the Six Badges of Summer, the little ones have no reason to feel left out as they can still get involved with the six-week wall chart and sticker pack that’s available to download on the CBeebies website here.

For more information about the Blue Peter Six Badges of Summer programme and to check out some of the amazing work already submitted, visit the CBBC website here.

You can find further T&Cs, FAQs and apply for Blue Peter badges here.