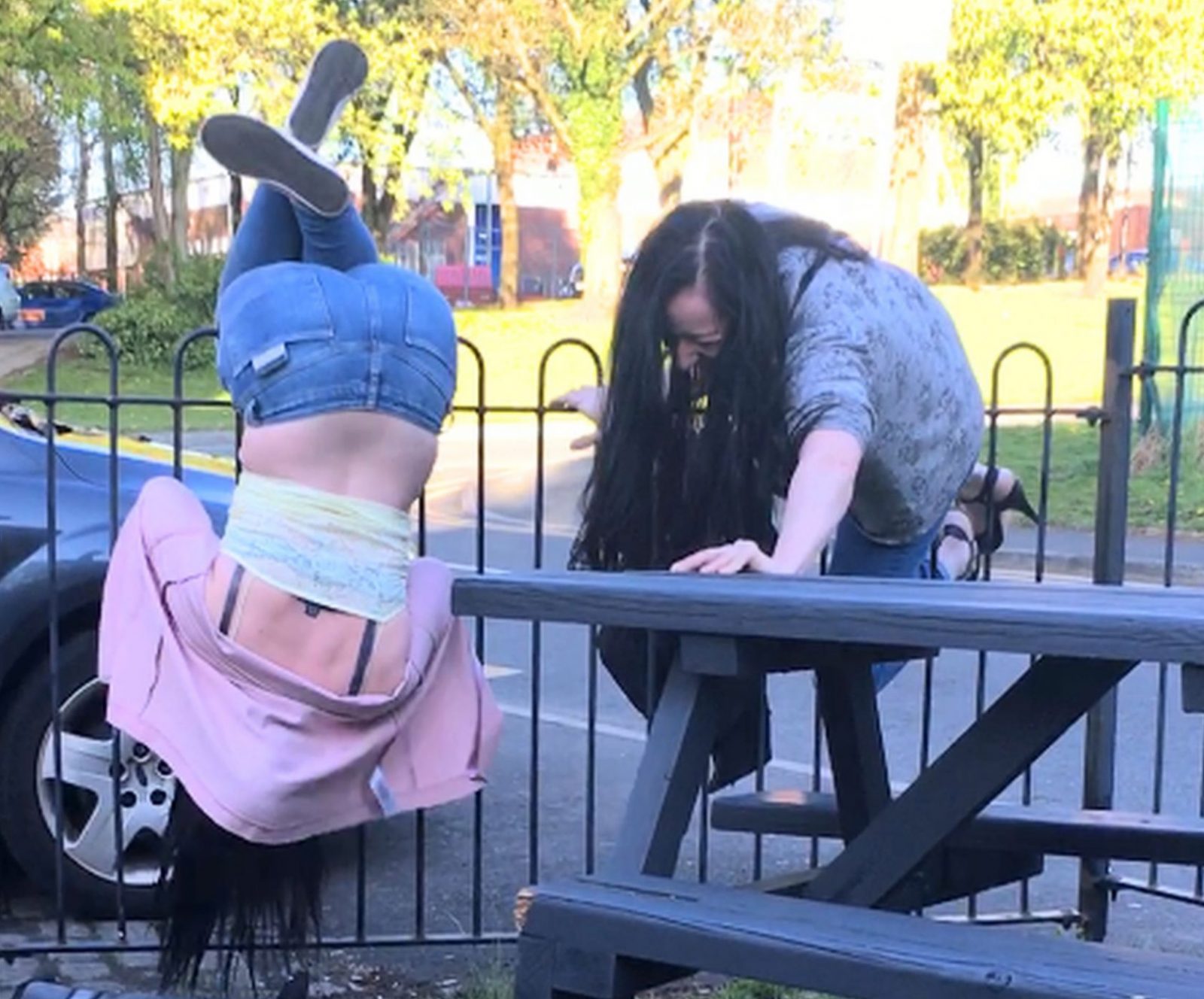 Pub-goers in Oldham were left in hysterics when a cheeky punter apparently tried to “sneak” into the beer garden by climbing over a fence – only to get stuck hanging upside down on the railing.

The hilarious moment – which happened at The Hope and Anchor, in Royton last Friday evening – was captured on camera by onlooker Nicole Meadows, who was simply just enjoying a drink at her local when she spotted a daring duo attempting to land a vacant bench.

The video shows one girl attempting to step over the fence to get to the bench, but appears to get her foot stuck. While she’s trying to set herself free from being trapped, her pal decides to fling herself over the railing, but unfortunately, the waist of her jeans becomes caught on the metalwork of the fence and ends up flipping her the wrong way to leave her suspended upside down.

After about 30 seconds upside down, the unknown woman is finally helped back over the fence by a stranger who comes to help.

The woman then hilariously exclaims “I’ve hurt my vagina” to entertained customers.

“It was hilarious. I’ve never seen anything like that before [and] everybody was laughing.” Nicole, from Middleton, admitted.

“They’d closed the doors because the pub was full, but there were still a couple of empty benches outside [so] the girls were trying to climb over the fence to sit at one of the benches and get served.

“The first girl managed to get over, but the second one didn’t.

“We all found it funny [and] she’s lucky it’s an open beer garden because she could have been dangling there”.

The landlady of The Hope and Anchor pub, Margaret Newton, claims she asked the two girls to come back another time and was glad they weren’t hurt.

“The door was shut, she tried to get in and she wasn’t served.” Margaret said.

“That’s the only thing I can say. I told her to come back later on when it might have died down, but she didn’t do [and] I haven’t seen her since.

“They do tend to climb over the fence [but] if they climb over, the rule is they don’t get served. I’ll just be glad when we can get back to normal [so] we’ll be able to welcome people back in and save all this hassle”.

She added: “I’m just glad she didn’t hurt herself”.