The specially-trained pups can lead police directly to stolen metal illegally on sale at scrap metal dealers thanks to a special scent. 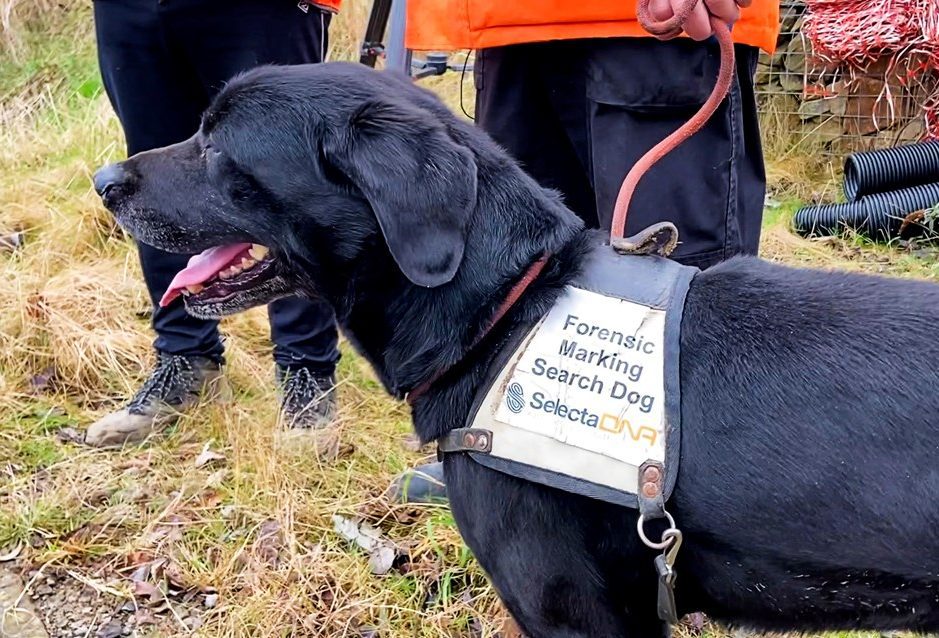 Specially-trained sniffer dogs are now being used to track down metal thieves who cause major delays train services across the North West.

After figures released by Network Rail showed that there have been 31 serious metal thefts on rail routes in Greater Manchester, Merseyside, Lancashire, Cheshire, and Cumbria since 2017, the railway company has decided to enlist the help of some canine recruits to crack down on criminals who steal vital cables and materials.

Provided and trained by Search Dogs UK, the clever pups will be able to lead police directly to stolen metal illegally on sale at scrap metal dealers thanks to a special scent.

A widespread operation is currently underway to mark railway property with SelectaDNA – which is a permanent synthetic solution that’s only visible under special police torches, so metal can be found and identified after it goes missing.

The DNA spray also has a unique scent which the dogs can detect.

“Metal theft continues to cause huge problems for passengers and freight customers at a very significant cost to our business, which is of course funded by the taxpayer,” explained Andrea Graham – Head of Crime and Security for Network Rail’s North West and Central region.

“We’re always looking at new ways to crack down on criminals and now we have man’s best friend on the case too.”

Network Rail bosses say organised crime gangs take the metal due to its high value, and they believe that recent thefts have resulted in the equivalent of 21 days of train delays.

This is said to have cost the taxpayer about £1.3 million.

One of the most-notable incidents was said to have caused “significant damage” to the signalling system on the West Coast line near Crewe in 2020.

“Our message to thieves who think they can steal from us is clear – we will find you and bring you to justice, because you’re not only putting your own life at risk by trespassing on the tracks, but also the lives of our passengers and staff,” Andrea added.

Superintendent Mark Cleland – National Lead for Metal Crime at the British Transport Police – added: “We’re working with partners across the entire country and throughout the metals recycling industry to target those who we suspect of flouting the law or operating outside of their licence.”

“We’re warning would-be offenders that we will take action against them,” he concluded.