They are powered by the air moved by passing vehicles, and will be put on buildings and lampposts. 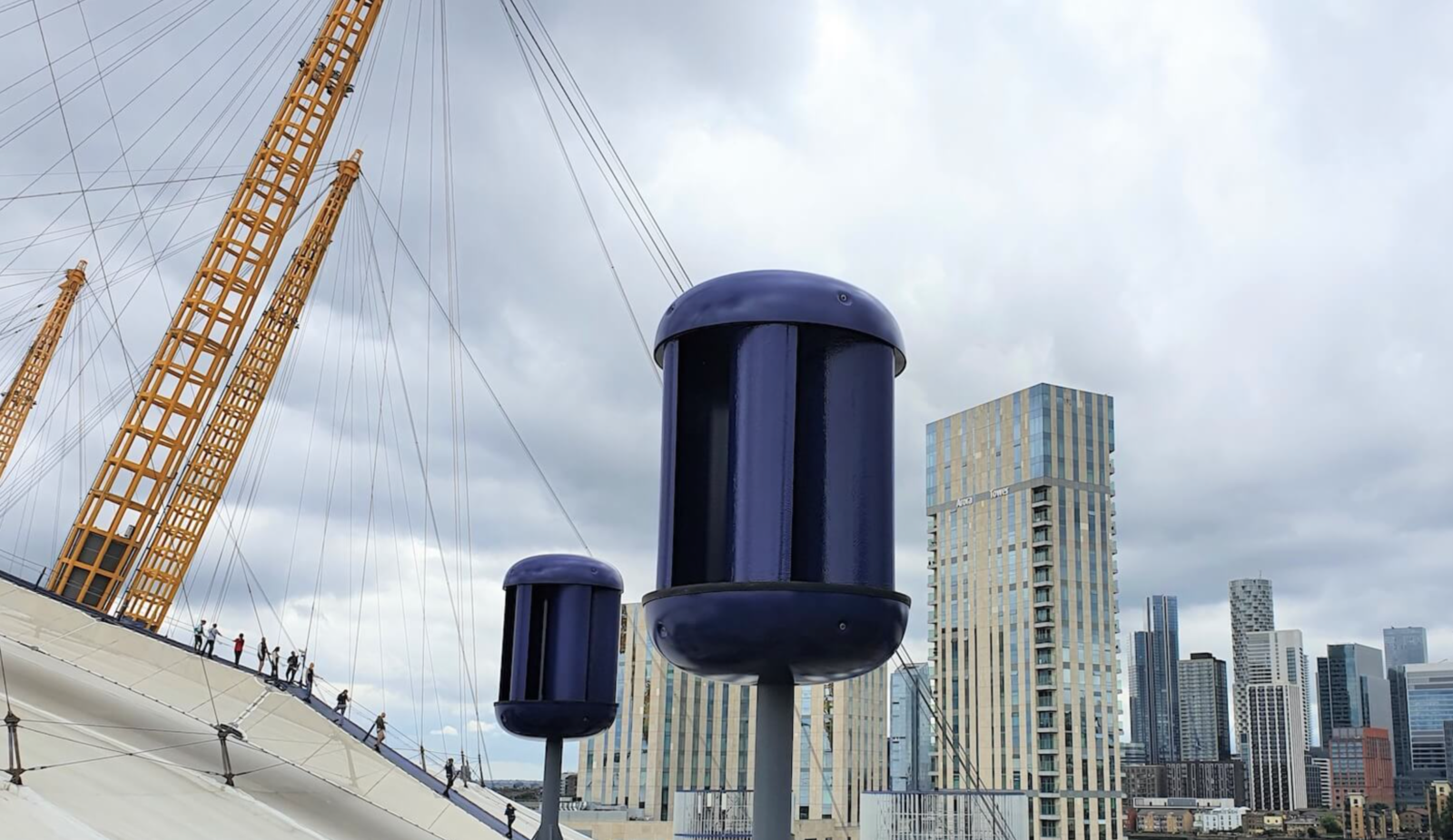