IKEA has launched a ‘flat-pack’ chocolate bunny for Easter 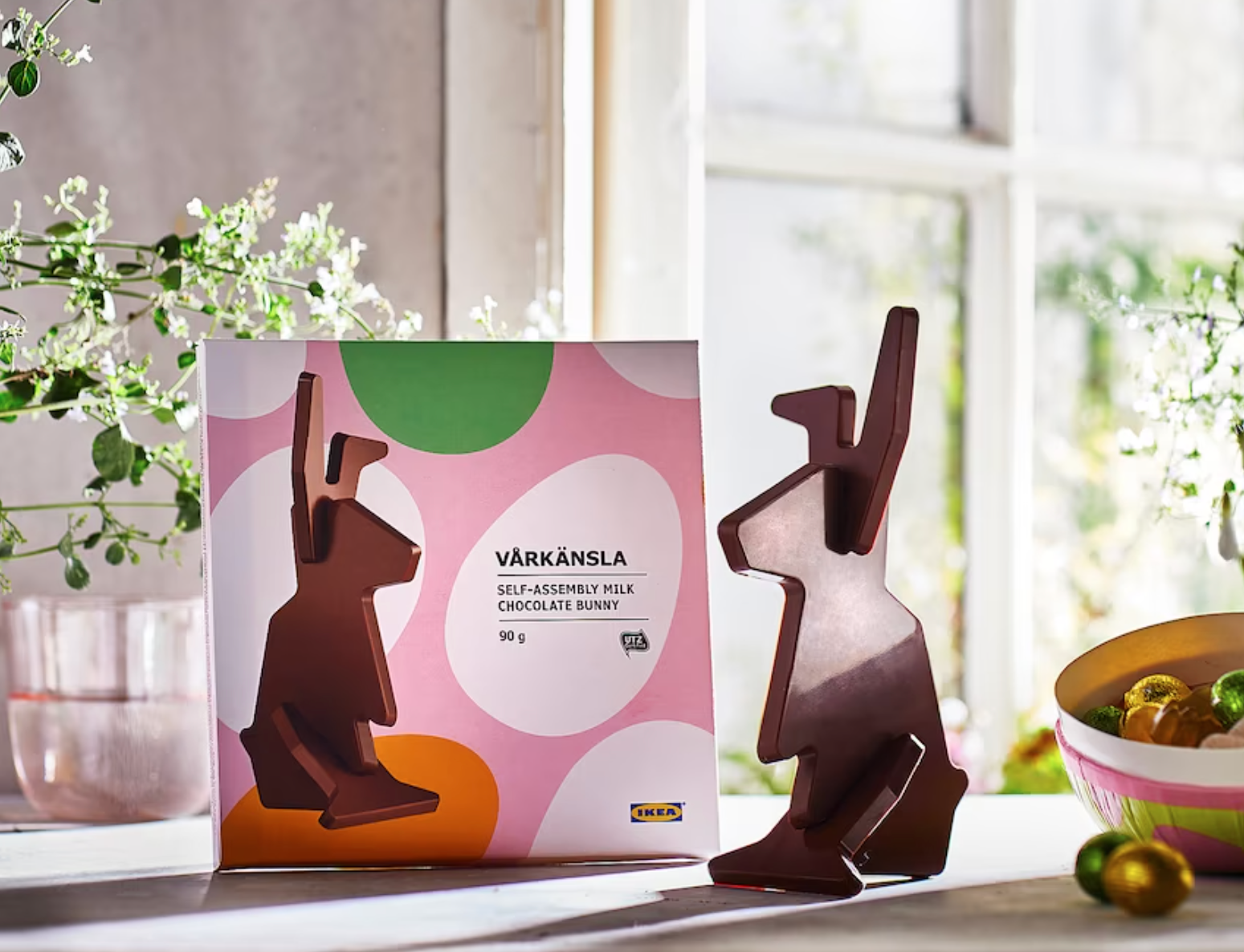 IKEA has launched a limited-edition chocolate treat just in time for Easter, and people seem to be pretty impressed with it.

With Easter only a couple of days away, the shop shelves are usually filled with a wide range of themed chocolate treats to satisfy those sugar cravings, but now even IKEA has got in on the action.

And it’s fair to say that it’s definitely an on-brand addition for the Swedish furniture retailer.

Just as IKEA is known across the globe for being the home of affordable flat-pack furniture, you can now get yourself a flat-pack chocolate bunny, and it’s available for a limited time only.

The VÅRKÄNSLA is a self-assembly, three-piece milk chocolate bunny.

With no tools needed to assemble, the chocolate bunny is a fun alternative to the traditional Easter egg, and it’s made using only certified cacao from sustainable sources too.

According to a product description on the IKEA website, the chocolate bunny contains a minimum of 30% cocoa, and once it’s been put together, it can either be used as Easter decoration, or you can just eat straight away if it’s too tempting to wait.

The best bit? In typical IKEA fashion, it’ll only set you back an affordable £3.25.

Obviously, given the comical nature of the product, the chocolate treat has been going down well online, with plenty of people taking to social media to praise IKEA for the idea.

Read more: IKEA will buy back and recycle your used furniture

The VÅRKÄNSLA Milk Chocolate Bunny is only available in-store and is not for sale online, so if you are looking to get your hands on it before Easter, you’ll need to head to your local IKEA, and you can check opening times here.