Even cats are having beef with people on the internet nowadays. 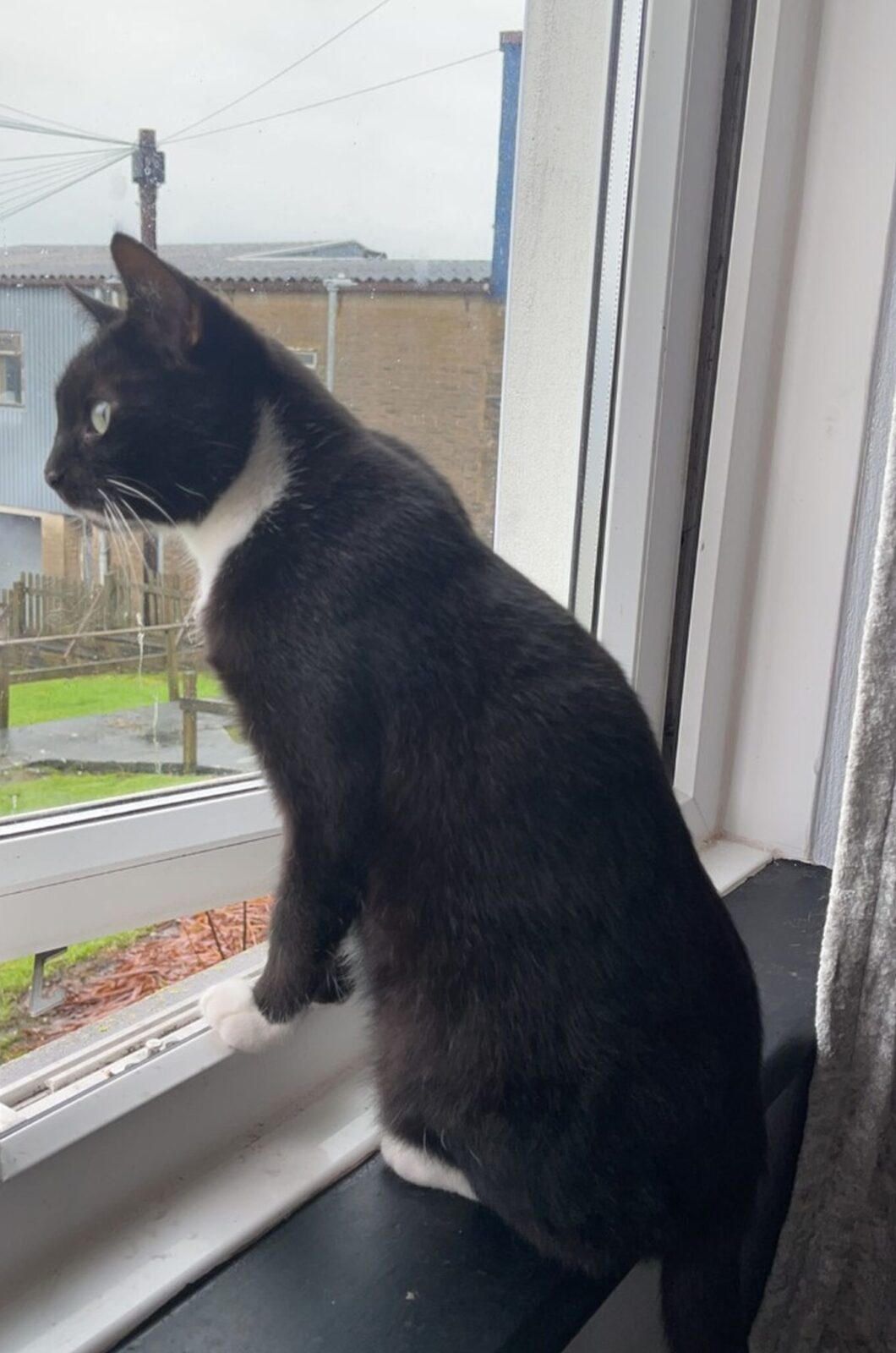 A red-faced mum went viral this week with an apology she was forced to make after her “mischievous” cat brazenly stole someone’s cooked beef joint.

Meanwhile, her neighbour had also taken to social media to report that his tea had gone missing.

Can you tell where this is going?

Haydn Lawson – 20, from Colne in Lancashire – captured the attention of the community when she shared an apology to anyone who had “just had their tea pinched” in a local Facebook group earlier this week, and it didn’t take long before other eagle-eyed social media users spotted another Colne resident, Ryan, share a post claiming his beef dinner had gone missing after leaving his window open and questioned who would steal it.

Haydn had spotted her five-year-old cat Eclipse with what at first appeared to be a dead animal, but upon taking a closer look, found it was actually a “nicely cooked piece of brisket”.

The embarrassed full-time mum said she’s “never known” anything like her cat’s greed and suspects Eclipse had a whiff of a neighbour’s dinner and seized the opportunity to take it home, leaving Haydn to track down the stolen dinner’s rightful owner.

She said she’d even buy them a new joint if she’s successful in finding the hungry victim.

“I came into my bedroom where I was greeted by Eclipse just sitting there on my bed eating this hunk of meat.” Haydn said.

“I just laughed at first and was in shock. I thought ‘what animal am I looking at here?’, [as] she brings home rats, pigeons, crows, mice [and] she’ll bring home bits of rubbish that she’s found, [so] my first thing was to shout at her and say ‘Eclipse, what are you doing?’ just to get her away from whatever it was.”

Haydn still has her doubts about who the beef joint belonged to though.

She continued: “[Ryan] lives at the other side of town. He told me where his street was and there was no chance my cat got there and back with meat in her mouth, and also, she wouldn’t have been able to get there without getting lost on the way back as it’s easily a mile or so away.

“He told me his street name and straight away I knew there was no way on this earth that my cat would have walked so far there, grabbed the meat and then walked so far back with the meat in her mouth.

“There’s so many busy roads and stuff, there wasn’t a chance”.

Despite the questioning over who’s tea had actually been stolen, the hilarious incident has still gone on to cheer up plenty of people across the region and beyond, with a picture showing the two posts side by side receiving thousands of interactions on social media, including more than 4,000 on one Instagram page.

“Looking at the comments, I thought it was absolutely hilarious,” Haydn continued.

“I was just sat giggling at the pure thought of her sneaking into someone’s house and grabbing this meat. I had so many comments on it saying ‘thank you so much for sharing this – you’ve brightened my day’.

“I put a comment on the post and said ‘right, am I going to have to invest in a cat collar camera?’

“I don’t know whose beef joint it was – all I know is that she was on my bed eating it. I was well embarrassed. If I was to really truly find the person, I’ll buy them a new joint of beef.

Although Haydn has been unable to actually track down the owner of the beef joint, she explained that there was a comment saying ‘God knows why you would have left your meat outside anyway to cool’, with a reply to it saying ‘I only turned my back for two minutes to plate up the roasties and it was gone’.

“Now that to me sounds a hell of a lot more likely that this is their meat than [Ryan’s].” Haydn concluded.

This really is some proper internet beef.