21-year-old Adam Lockwood is known for his death-defying stunts that he documents on YouTube. 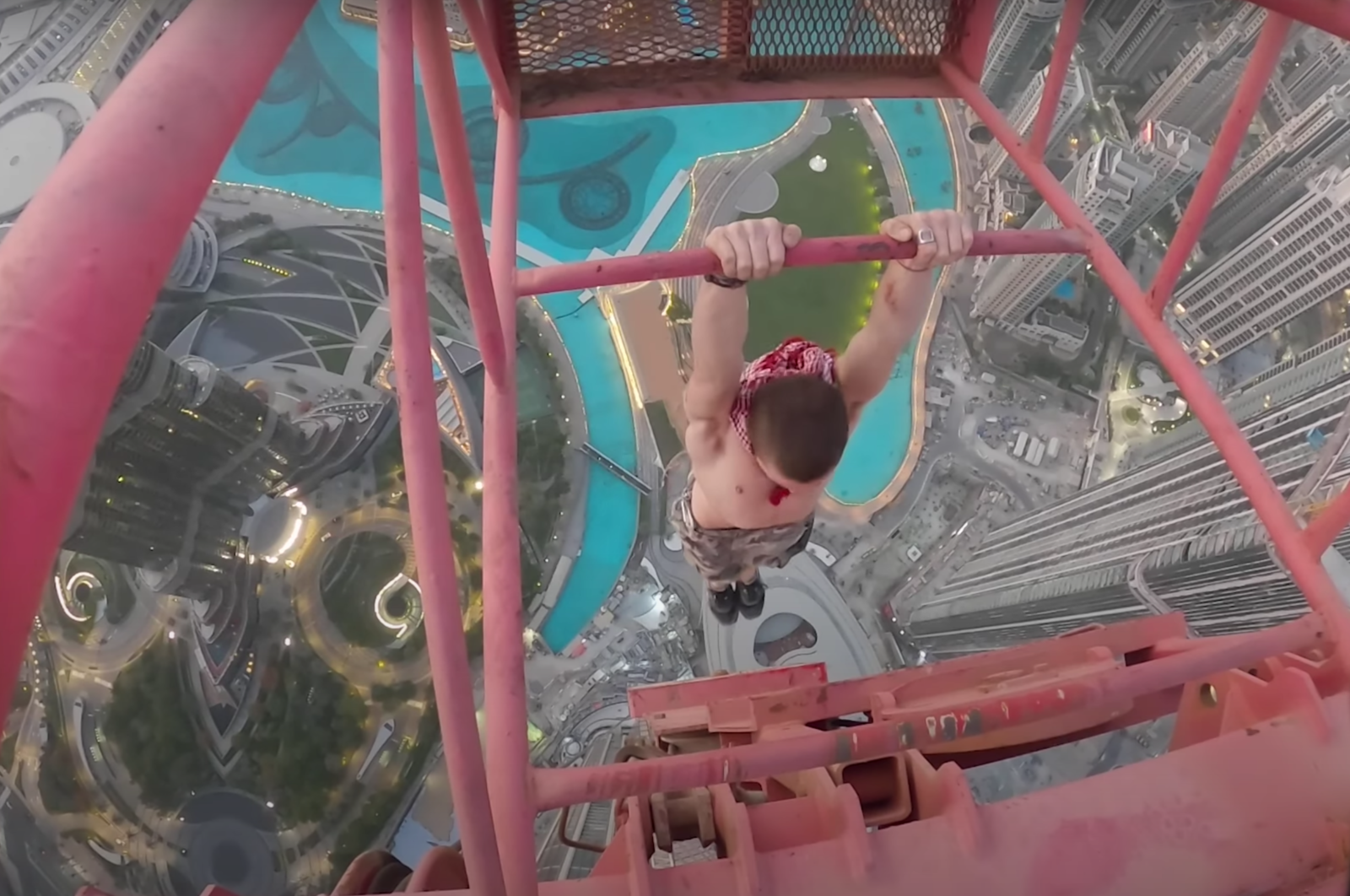 A free climber from Manchester posed as a construction worker in order to scale and hang off the tallest crane in Dubai.

21-year-old Adam Lockwood, from Wigan, successfully scaled the crane without any safety equipment and hung off it with just one hand after he managed to gain entry to the 77-storey residential skyscraper, Il Primo – which is directly next to the world’s tallest building, the Burj Khalifa.

Video footage documenting Lockwood’s death-defying journey to top of the 390 metre (1,280ft) crane has been shared to his YouTube channel, and has already racked up over tens and thousands of views.

During the seven-minute YouTube video of the journey to completing the stunt – which was was carried out at 5:45am, and mostly filmed on a GoPro – Lockwood pretended to be a construction worker who had forgotten something in order to gain access to the building, but after being initially shouted at by a genuine site worker, had to changed stairwells eight times over two hours to evade others.

With the sun rise and glittering cityscape providing the dramatic backdrop to the stunt, the video then shows Lockwood flipping and moving around the crane’s structure, and then hanging off the top of it with one just hand.

The video then ends with him emerging onto the streets with a stunned expression, looking up at the towering skyscrapers.

Lockwood said he experience as “the most incredible thing I’ve ever done”, but described it as “almost peaceful” as his “brain is blank” when he performs stunts.

“When I first looked at the footage, I was thinking to myself: ‘This is it, this is the most incredible thing I’ve done,” he said. “It’s something I know I can do and that 99% of the world can’t and never will do, so I feel obliged to use my ability and enjoy doing it in the process.”

He admitted he “slept for the whole day” afterwards.

This isn’t the first time Lockwood has attempted previous stunts, of course, and has most-notably dangled from the 80-metre San Siro stadium in Milan back in April, and later scaled the famous glass pyramid at the Louvre in Paris to take a selfie.

In the past, he has also grabbed headlines for scaling Arndale Food Court in Manchester city centre during a Black Lives Matter protest on 7 June 2020, and then just a few days later, he dangled from the edge of a 600ft balcony at the Madison Building in London’s Canary Wharf – with video footage of both instances uploaded to the internet.

Back in August 2020, Lockwood was handed a suspended sentence and narrowly avoided jail after breaching a Manchester City Council injunction, and “continuing to risk his life” by “dangerously scaling” tall buildings.