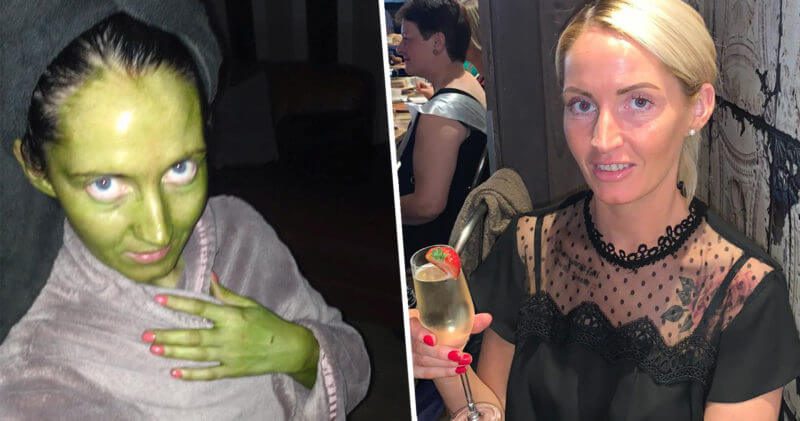 Witch you looking at?

A disastrous incident with a bottle of out of date fake tan left a Mancunian mum bright green from head to toe.

Mum of two and fan tan fan Jenni Coleman, 35 from Wythenshawe, had slapped on a couple of layers of fake tan while enjoying a glass of wine, but despite noticing a slight green tint, didn't think much of it and "cracked on".

The following morning, Jenni admits she almost sobbed when she caught sight of herself in the bathroom mirror and realised she was bright green.

After revealing her tanning disaster, Jenni said that her friends teased her by saying she was a dead ringer for The Wizard of Oz's infamous villain Wicked Witch of the West and Grotbags from the 90s' kids TV show.

Whilst she can look back and laugh at herself now, at the time though, it wasn't so funny at all. So startled by the colour of her skin, she was forced to stay at home and repeatedly shower using exfoliant in a desperate bid to banish the neon glow.

Speaking of the incident, Jenni said: "It didn't turn green straight away, if it had I would have washed it off straight away".

"It was a big shock, I remember thinking 'how has it even gone like that?"

"It wasn't patchy - I didn't think it was ever going to come off".

"I took a few days to properly come off, I hid away at home that weekend trying to scrub it off, it put me off tanning for a bit". 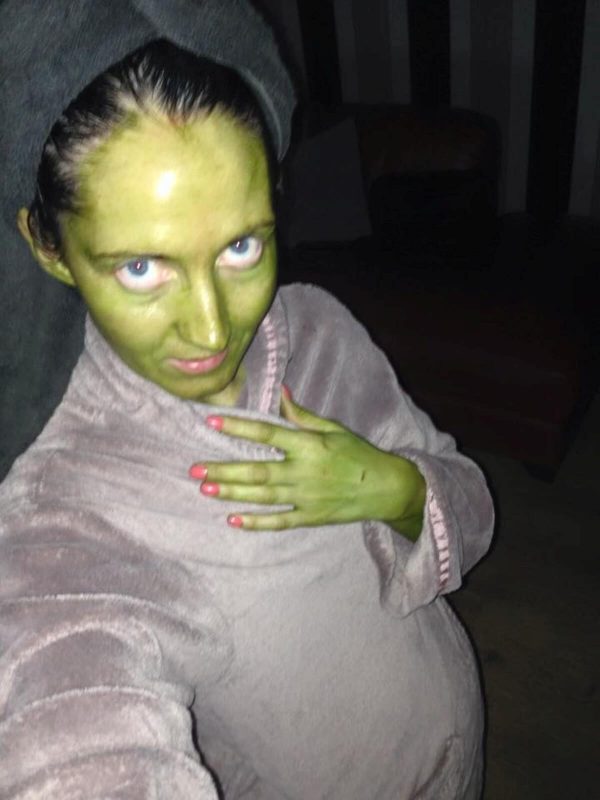 Unsure as to how she turned such a bright colour of green, Jenni continued: "I was just putting it on one Friday night and thought it looked like it had a little bit of a green tint to it but didn't think anything of it".

"The kids were like 'it does look a bit green mum' but I thought it would be alright".

"That day I just grabbed one, maybe from the back [of my stash] and I'd had it a bit by then, which is why it went like that.

"I went to bed and when I woke up the following morning it was like that, I couldn't believe it. The tan was on my face, ears, hands and all over my body, the green made my eyes look really white."

The fateful fake tan disaster actually happened over four years ago now, but Jenni claims it still comes back to haunt her and that her pals love to share the throwback pictures for a laugh every now and then.

It was recently shared on social media by Jenni's friend Jan Patricia joking that with the UK currently being on lockdown due to the coronavirus (COVID-19) pandemic, that this would be a great time 'to work on her tan'.

Jenni said that: "People have commented on the photo a lot over the years, they say I'm 'the green gift that keeps on giving' and won't let it lie".