"You don’t have to travel to outer space to share a pack with the rest of the family." 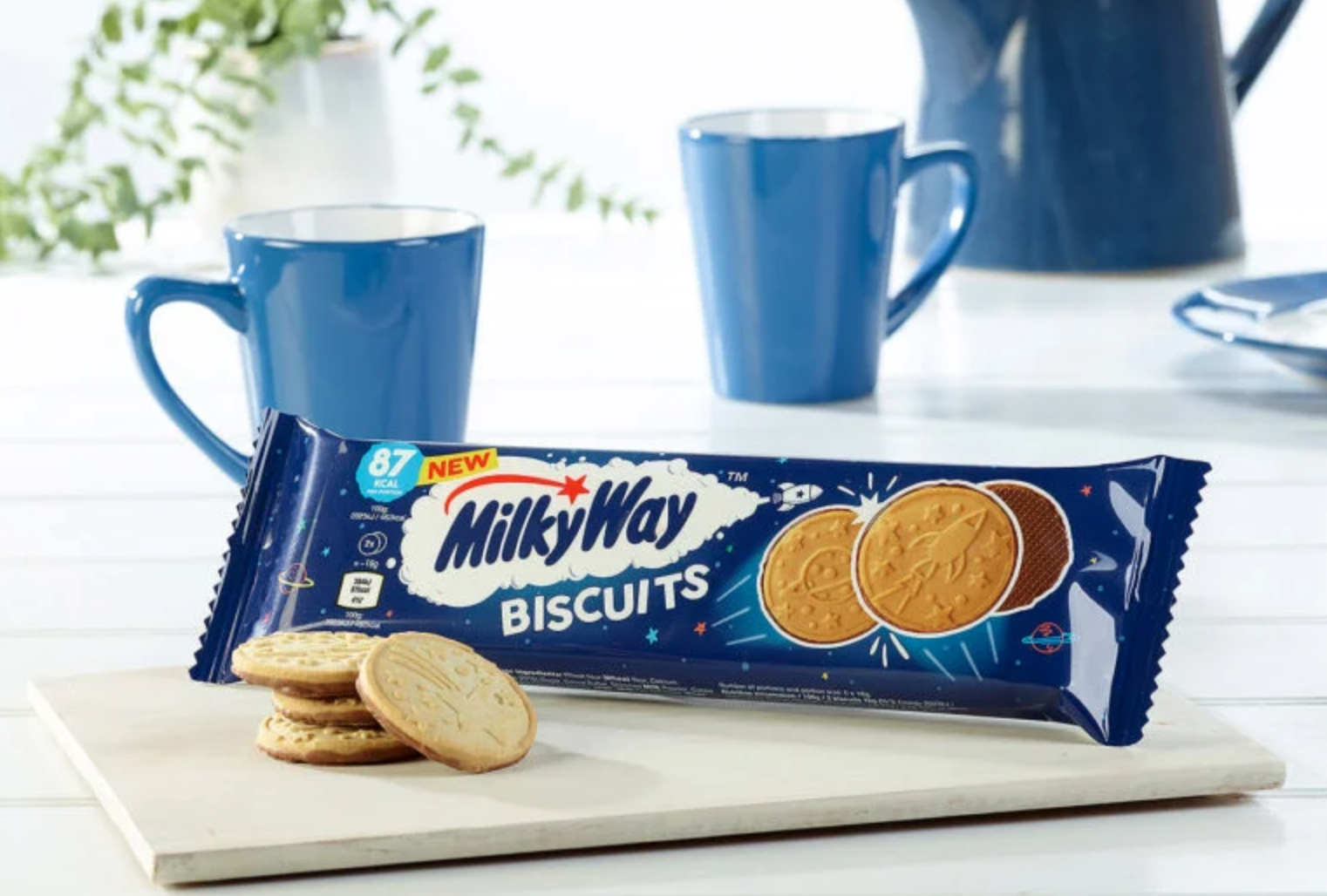 There’s a new addition to the biscuit aisle arriving at UK shops and supermarkets next month.

And people already seem really eager to try them.

For those with a sweet tooth, manufacturer Mars has announced that its new Milky Way Biscuits – which are vanilla-flavoured biscuits, with one side of the biscuit fully coated in Mars milk chocolate – will be available to get your hands on from your local B&M branch in just a matter of days.

Each biscuit has one of four different space designs embossed on the biscuit side.

It’s recommended that you dunk the biscuits in a warm drink to let the chocolate start to gently melt if you really want an “out-of-this-world” experience.

A post shared on the ever-popular food spotting social media community New Foods UK on Facebook has racked up nearly 5,000 interactions and comments in less than 24 hours from people keen to grab themselves a packet.

“Needed in my life,” one biscuit lover admitted.

Each 180g packet of Milky Way Biscuits has 12 biscuits, with a serving of two biscuits containing just 87 calories, so it’s an ideal guilt-free snacking option for those looking to cure a sweet craving.

The Milky Way Biscuits are due to launch on 1 September exclusively at B&M stores across the country, and Mars reps confirmed to ED! that they’ll also be arriving at Asda and other supermarkets in “a couple of weeks” too.

Keep your eyes peeled next time you’re out doing your big shop.