People are making flavoured vodka using sweets and their dishwashers

The old "Squashie vodka" trick has transported us back to being a teenager. 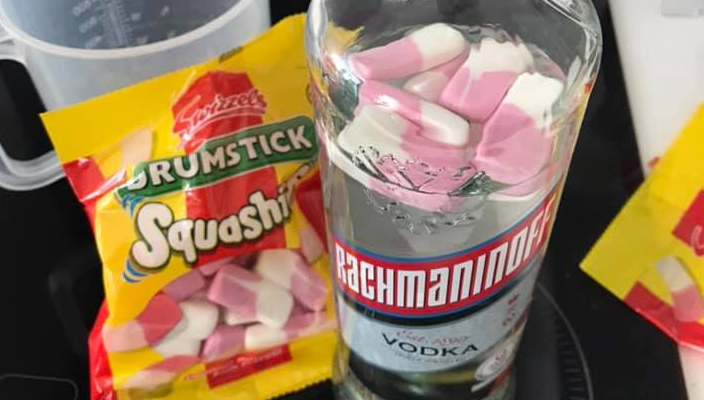 One man has gone viral on social media and has transported us all back to being a teenager in the process by giving what he calls “the old Squashie vodka” trick a try.

We’ve all been there before.

Making vodka infused sweets, or vise versa, sweets flavoured vodka is almost a right of passage as a teenager or student. Once you’ve heard about it being ‘a thing’, the curiosity just gets the better of you and you have to give it a go for yourself.

It turns out that this curiosity isn’t just exclusive to teens though, as one man has taken to social media to share his results from making ‘Squashie vodka’ and it’s got a lot of people talking. Why though? Well, probably because he made it in his dishwasher.

Now, who knew that was possible?

Damion Stiles shared the details of the trick on Facebook, accompanied by step-by-step pictures and a caption that read: “So… I thought I’d try the old vodka squashie trick. So glad I did.”

“It’s makes lush strong shots on their own, or have with tonic/ lemonade and it tastes equally as lush. (This was not a child’s homework exercise).”

If you’re a bit confused as to how this even works, then that’s understandable, but don’t worry, he’s broken it down even further and explained it in a little more depth.

Speaking to Tyla about the method in the madness, Damion said: “Get your bottle of vodka and begin by tipping [some out] into a separate container. Then, pour in a bag of the sweets and top it back up with the remaining vodka if there’s room.”

“Put it in the dishwasher for a normal cycle [and] when you remove it, you’ll find the heat from the wash has magically dissolved the sweets, creating a bubblegum pink vodka drink.”

“Chill it in the fridge, then drink it”.

The best bit about this trick is that it doesn’t just have to be with Squashies either, you could use whichever sweets you’re most keen on and people in the comments of his post have suggested using Haribo, Skittles (of course), gummy bears and even Werther’s Original.

If you are thinking of giving this a crack though, Damion does warn that it’s best served fresh because “if you try storing it a few days, it’s starts to jellify”.

Well, we’re definitely trying this out for our next lockdown night in.