And she had absolutely no idea she was pregnant. 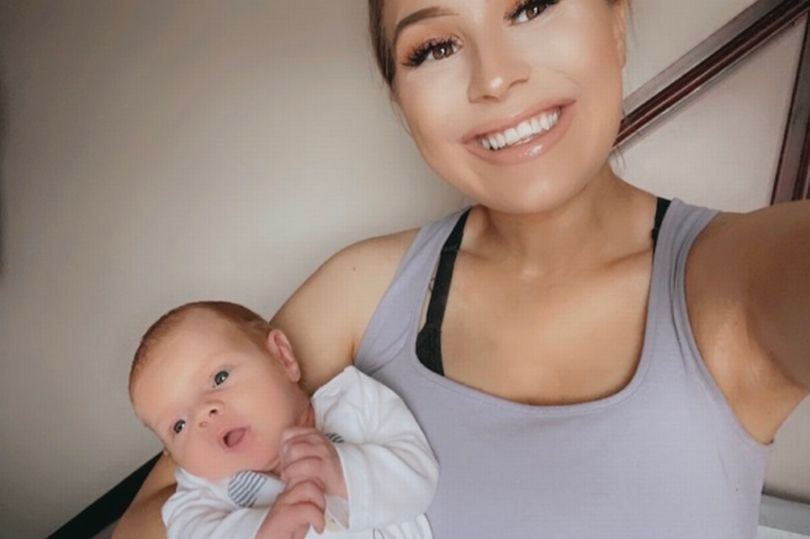 A woman from Stockport has told of how she went to hospital with crippling back pain and came out with baby, despite having absolutely no idea she was pregnant.

Rhea Martin was relaxing at home with her boyfriend, Luke Melling, when her painful period – which she had been told just days before was definitely the case after visiting her local hospital – developed into agonising back pain.

The 24-year-old saleswoman from Heaton Norris was taken to hospital and dropped off at A&E.

She kissed her boyfriend goodbye and told him she’d be out soon, but Rhea was left stunned when medics told her she was in actually in labour as she was completely unaware of her pregnancy.

After hearing the news, Rhea fell unconscious in a state of shock and woke up in a different room with a midwife telling her to “pull it together for her baby and push”, and found herself with no time to process the news and unable to call Luke or her parents to let them know she was pregnant.

She gave birth to her son – Myles Melling, weighing 6lb 7oz – at Stepping Hill Hospital in Stockport on 20th October 2020.

Known as a ‘cryptic pregnancy’, Rhea’s baby was tucked away towards her back, meaning that she showed no physical bump throughout the nine months.

Speaking on the whirlwind and unexpected experience, Rhea said: “I called Luke and told him to come to the hospital where I met him outside. I told him there and then and the first thing he asked was if he was a boy, because he’s always wanted a son.

“We can laugh about everything now, but at the time it was actually quite traumatising.

“You go into hospital thinking you have serious back pain and a bad stomach ache caused by your period and come out with a baby. We had no time to process anything or prepare so the last six weeks have been challenging and we’ve been so lucky to have amazing parents who have helped us out massively.

“In the first week after Myles arrived we kept discussing plans to do as a couple, then we’d remember we had a baby and the things we used to do wouldn’t be so ideal for a baby to join.

“It’s been a pretty surreal time but we wouldn’t change it for the world.”

Luke added: “I was extremely shocked that I didn’t notice my own girlfriend was pregnant, especially being a personal trainer, I felt rather silly, but Myles is the biggest blessing from what has been a strange year for us all.

“We had a few hours to turn from a new couple to a family.

“I love Rhea and can’t thank her enough for making me a father.”