Dig is known as the "dog person's dating app". 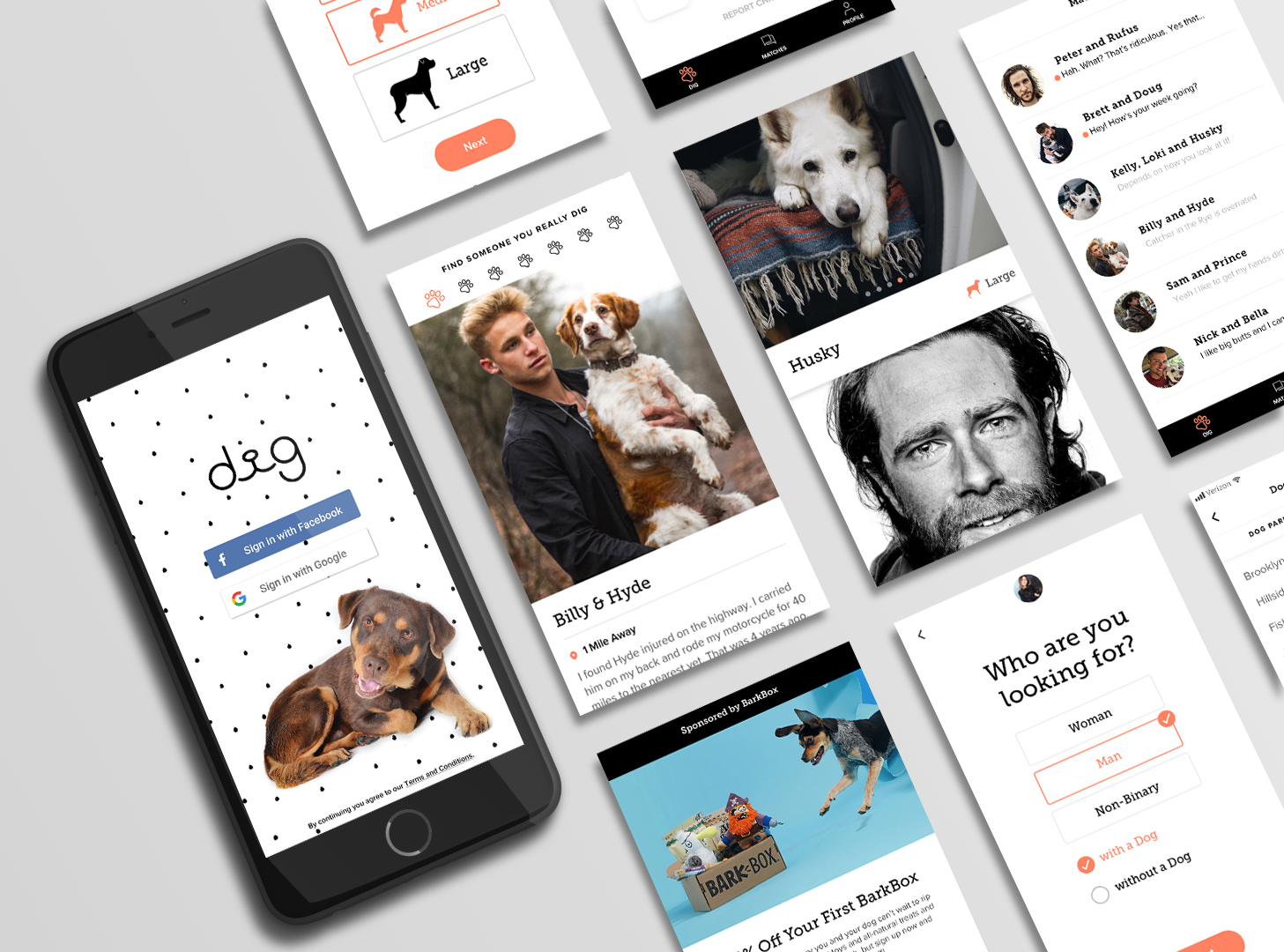 Does a picture of a dog make you more likely to swipe right on a dating app?

It’s long been debated in the world of modern-day dating apps whether the inclusion of a picture of a dog on your profile – more specifically yourself with the dog – is successful in helping you achieve more compatible matches, but people certainly love to try it out anyway.

Half the time, it probably isn’t even their dog either.

Although this theory is yet to be scientifically proven, and the jury’s still out on whether it actually ever will be, it’s fairly safe to say that dog lovers will most likely look for other dog lovers when it comes to finding a person to settle down with, and so, you can probably expect to see more pup pictures on Tinder for the foreseeable.

Now though, there’s a new dating app in town that’s about to make things a whole lot easier for dog lovers.

Dig – described as the “dog person’s dating app” – pairs dog lovers with like-minded fans of the four-legged furry friends, meaning you’ll never have to dump someone who tells you they’re a cat person ever again.

According to the Dig website, Dig is a dating app that is “built to connect dog people based on what’s most important to us” because “if you’re lucky enough to own a pup, you know that things never work out with someone if they’re not as in to your dog as you are”.

It’s an app geared towards those who live a “dog-forward lifestyle”.

This means that you’re likely to be “looking for ways to get dogs in your life, lingering near the park’s fence, and repeatedly offering to dog-sit while your friends are away”.

Created by created by sister founders Leigh and Casey Isaacson – who have also recently created the cat version of the dating app known as Tabby – Dig works in the same way that many other popular dating apps do on the market currently by presenting users with potential matches with which they can decide whether they “dig,” “really dig,” or “pass” on and once matched, Dig will even suggest dog-friendly locations nearby to go on dates.

Your Dig profile will look like any other dating profile, just this time, you’re only allowed to feature pictures of you and your dog.

You can download Dig for all iOS and Android devices and you can find out more on the website here.