Grammar Police is the perfect way to educate those who need to brush up on their English language knowledge. 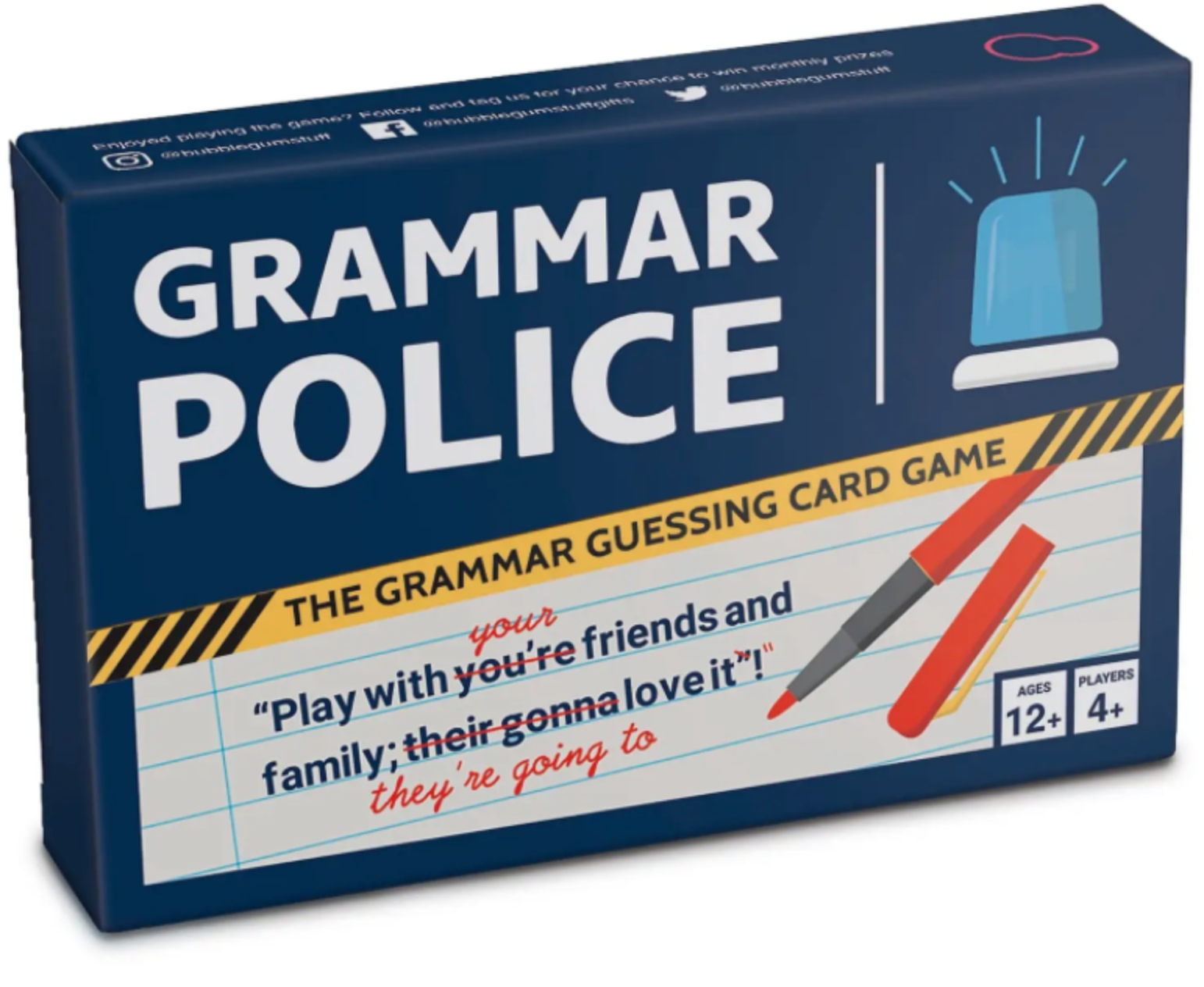 We all have our pet peeves in life.

Slow walkers, the sound of people chewing, heavy breathers, cracking knuckles, people who don’t pay you back, loud snorers – the list is endless.

But if there’s one pet peeve that seems to grind gears the most, it’s bad grammar.

There’s two types of people in the world, those with bad grammar and those who correct bad grammar. And if you’d consider yourself to be the latter, someone who’s always picking people up on their choice of ‘there’, ‘their’, or ‘they’re’, then there’s a new card game that your bound to stand a good chance of winning.

And if you managed to spot the grammar error in that last paragraph, then you’re already half way there.

Grammar Police – which is made by game manufacturer and gift retailer Bubblegum Stuff – is the perfect way to educate those who need to brush up on their English language knowledge, and tests just how much those who boast perfect grammar skills actually do know.

A description for the game on Amazon reads: “Put your grammar skills to the test.

“Commonly found texts are displayed for you to identify the grammar and spelling mistakes. Get into teams – preferably with your biggest grammar geeks and nerds – and become your grammar teacher from school.”

The game description warns: “Be careful, though, as the English language is a cruel mistress, and you will experience epic levels of frustration when you can’t find the last mistake.”

Grammar Police is said to be a game “suitable for the whole family”, and is currently retailing on Amazon for £9.95.

A post sharing the card game on the ever-popular Extreme Couponing and Bargains UK group on Facebook has amassed thousands of interactions, shares, and comments in just over 24 hours, with many seeming eager to get their hands on it.

“I need this. Nothing is worse than bad grammar,” one person commented.

Another added: “This is so needed. My inner pedant was screaming the other day when I did a feedback survey ‘Where the facilities good?’ Ahhh.”

Know someone who needs arresting by the Grammar Police then? You can get the game from Amazon here.