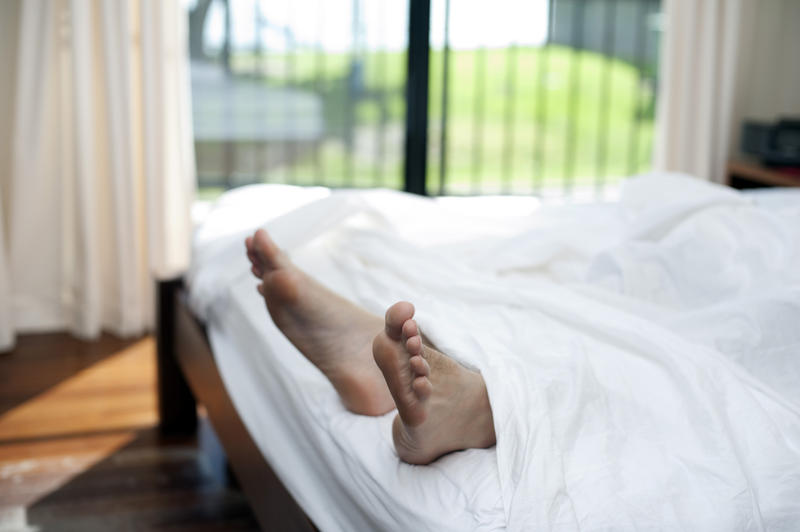 A doctor has taken to social media to claim that we should never sleep naked, and it’s really got people talking.

Anthony Youn MD – @tonyyounmd – is a ‘holistic plastic surgeon’ based in Detroit who regularly posts videos on TikTok about a wide range of different medical matters, and has racked up an impressive five million followers and over 185 million likes in the process.

In one of his latest posts, he explained why he believes people should “never sleep without underwear”, saying that: “The average person passes gas 15-25 times a day, and this can happen while you’re sleeping.

“A scientific study proved that every time you pass gas, you are spraying a tiny amount of fecal material.

“This is true, even if it’s not a real shart.

“And the same study showed that your tighty whities will catch all of these particles. So for the sake of your bed partner, please sleep with your underwear on.”

He then made sure to add: “And change your sheets regularly, you disgusting animal”.

Dr Youn’s short video – which was posted to the popular video sharing platform at the end of last month – has since gone viral, amassing over 11 million views and seeing close to 13,000 people take to the comments section to have their say on the topic.

While some people appeared disgusted by what Dr Youn said, others didn’t seem too bothered by it all.

“I will sleep alone,” one person said.

On the other end of the opinion spectrum, another said defiantly: “My husband and I will just keep air s****ing on each other I guess,” and a third admitted: “Listen, I’ve farted happily into my bedsheets for 39 years. You ain’t gonna change me.”

After some people argued that gynecologists had told them it’s better for their “lady parts” to sleep in their underway, Youn added in the comments that: “For women – if your gyno tells you to sleep without underwear then listen to them.

“[But] for guys – put your tighty whities on before bed”.