Reckon you could confidently pinpoint Manchester on a map from millions of years ago? 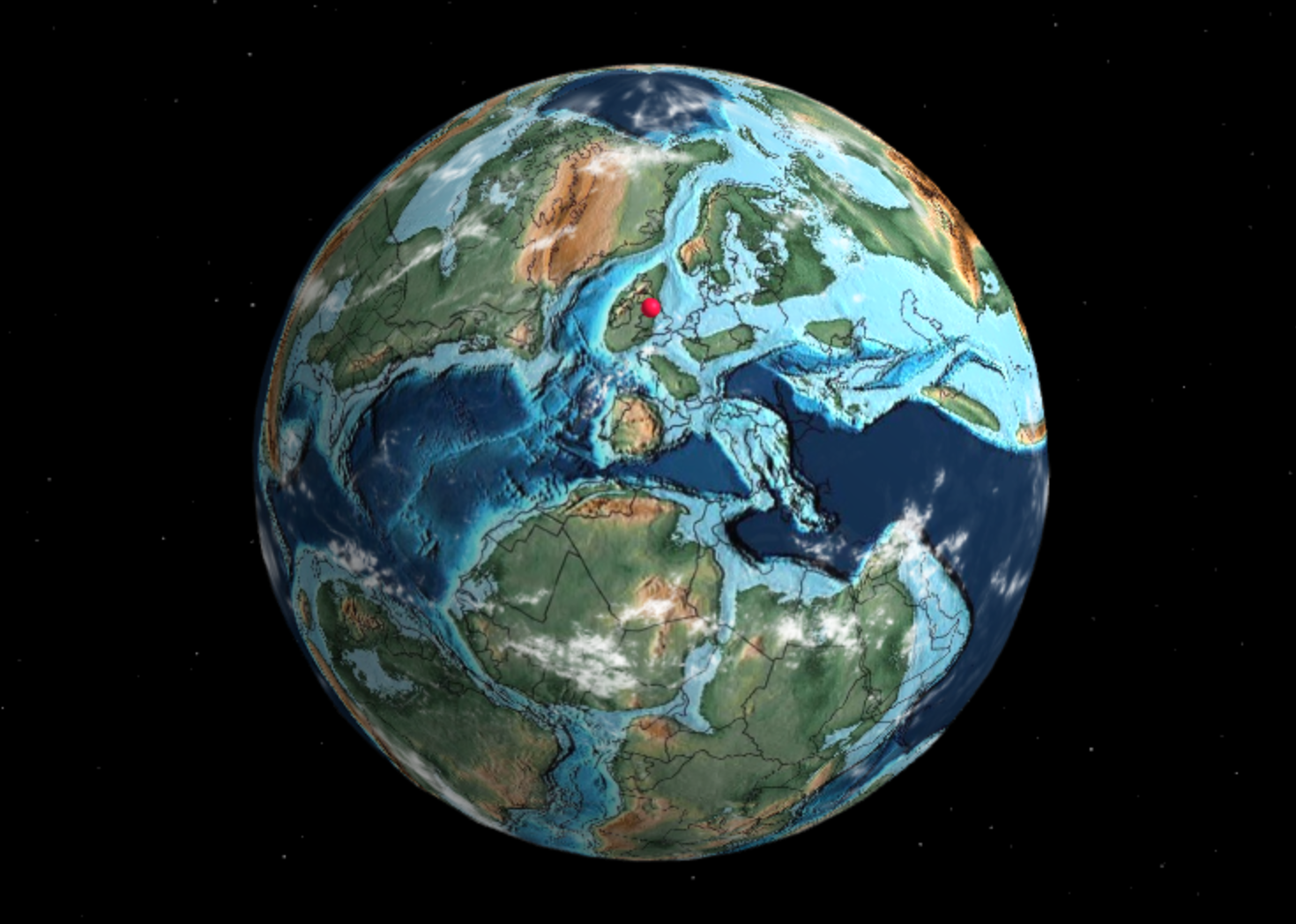 When faced with a world map, most Mancunians could confidently point out the location of our city, but what if that map was from millions of years ago?

To say the world looked very different back then is an understatement.

If you think you’re up to the challenge of pinpointing the rainy city on a map from 200 million years ago, then this new interactive map website – Ancient Earth Globe – shows you how different locations have moved alongside the evolution of Earth.

Launched by Californian Palaeontologist Ian Webster a few years ago now, Ancient Earth Globe uses a combination of palaeogeographic maps and data from GPlates – a geoscience data resource – to create 3D maps that let you go back as far as 750 million years in the planet’s history.

The tool allows you to enter any location and then it will plug that location into plate tectonic models.

The result is that users can see where towns and cities were located hundreds of millions of years ago on the Pangea supercontinent.

Do you recognise Manchester here then?

Speaking to CNN, Webster said: “It shows that our environment is dynamic and can change. The history of Earth is longer than we can conceive, and the current arrangement of plate tectonics and continents is an accident of time.

“It will be very different in the future, and Earth may outlast us all.

“My software geocodes the user’s location and then uses models to run their location backwards in time. I built the interactive globe visualisation and the geocoding and GPlates integration myself so that people could plug in their own locations.”

If you fancy venturing a little further afield than just Manchester, the website could actually prove to be a great educational tool too.

Webster continues: “It is meant to spark fascination and hopefully respect for the scientists that work every day to better understand our world and its past. It also contains fun surprises, for example how the US used to be split by a shallow sea, the Appalachains used to be very tall mountains comparable to the Himalayas, and that Florida used to be submerged.”

You can take Ancient Earth Globe for a spin here.