"I thought something didn't seem quite right." 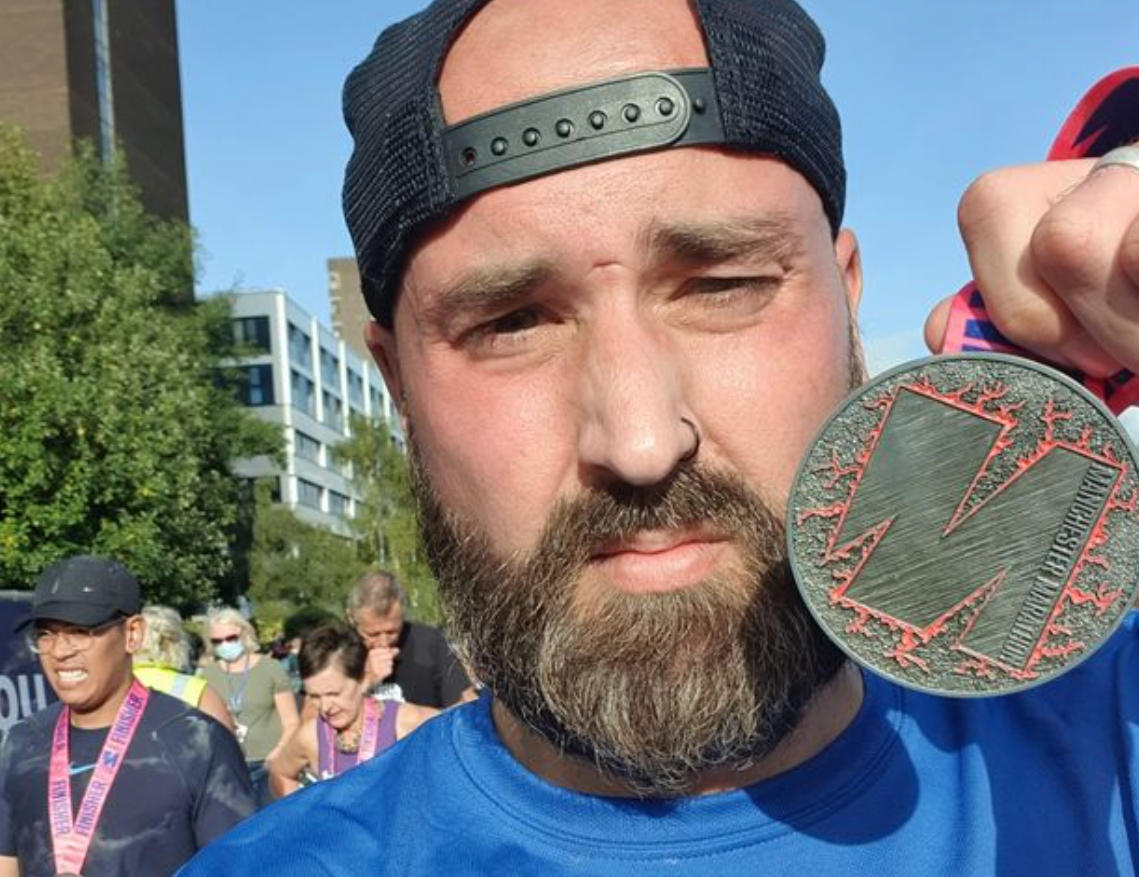 A Dad from West Didsbury ended up completing the Manchester Marathon in under five hours this past weekend after making a “stupid mistake”.

As mad as it may initially sound, Mat Wheelhouse hadn’t actually planned to run 26 miles when he arrived in Manchester city centre last Sunday clutching a bottle of water and hoping his AirPods wouldn’t run out of charge.

The 38-year-old was unprepared for the challenge he had ahead of him that day, and a big part of that was due to the fact he only had is name down to run half the distance.

Like many people across the globe, Mat had got himself hooked on running during the several COVID-19 lockdowns, and so he signed up for the Manchester Half Marathon with the idea of testing himself and raising worthy funds The Christie in memory of his late father.

Both the Manchester Marathon and Half Marathon took place on Sunday.

But due to what he said was a “stupid mistake”, Mat realised that he’d missed the Half Marathon by hours, and had found himself in a queue full of runners preparing for the full marathon.

Mat said that although he was mortified by his error, he still wanted to keep his commitment to those that had sponsored him on his JustGiving page, so he went to the information centre to see if anything could be done and one of the volunteers then told him that the only option would be to upgrade to the full marathon – which she said she was happy to do for no extra fee.

Prior to the race day, Mat had only been running 5k-10k, with the furthest distance he’d ever run being just 17km.

But, with his determination to complete some sort of marathon, Mat decided to take on the challenge – and surprisingly, he managed to complete the 26.2 miles in an incredible four hours and 47 minutes.

Mat explained that when he joined his mates on the tram, he noticed that they all had proper rucksacks full of drinks and snacks, while he just had a bottle of water, and it was only when he got into the queue that he realised that he was the only person with a Half Marathon sticker on his top.

“I thought something didn’t seem quite right,” he told the MEN.

“Then I started seeing streams of people coming in who had just finished the half marathon [and] I was so embarrassed because lots of people had sponsored me and I didn’t want to let them down, so I went to the information desk and told them what had happened.

“The woman said she could try and change my number and let me run in the marathon and then just dip out half way through – but I wanted to make sure I got the medal.

“I thought if I don’t finish I won’t get it, so I just decided to carry on running.”

While admitting that it was “very painful towards the end” and that the last five miles in particular were “incredibly hard”, Mat said that the Manchester public were amazing and that he’s never seen that amount of people out on the streets.

He comically added: “I think I might try and do a marathon again next year.

“But knowing me, I will probably end up signing up to the wrong thing and doing a triathlon or something.”

You can donate to Mat’s fundraising page here.