Tributes paid to Bolton-born Dragons’ Den star Hilary Devey, who has died at 65 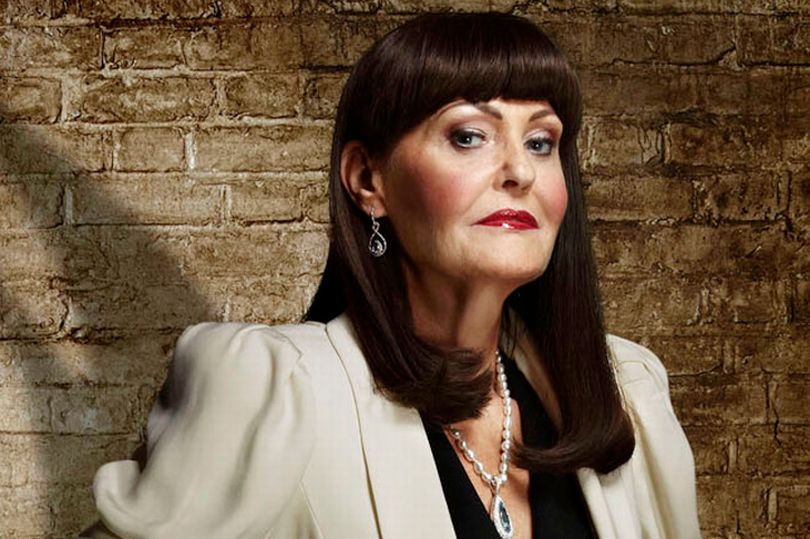 Tributes have poured in for Hilary Devey, the Dragons’ Den star who has died aged 65.

The Bolton-born entrepreneur passed away in Morocco after a long illness, her publicist confirmed yesterday.

The star was part of hit BBC2 series Dragons’ Den between 2011 and 2012, before leaving to present The Intern on Channel 4.

She founded Pall-Ex, a multimillion-pound freight distribution business, after selling her own car and home to fund it.

Hilary was made a CBE in 2013 for her career in business as well as her charitable work.

Her former co-stars and other famous faces have been posting tributes to her since the news broke yesterday afternoon.

The official Dragons’ Den account posted: “We are extremely saddened to hear of the loss of Dragons’ Den legend Hilary Devey, who will always hold a unique place in the hearts of our production team. Her straight-talking approach made her a firm favourite with viewers, and our thoughts are with her family and friends.”

Deborah Meaden, who starred on the show with Hilary, wrote: “Very sad to learn that Hilary Devey has passed away at only 65. She was unique in every way and brought grit and warmth with her into the Den. My thoughts are with her family and loved ones. RIP Hilary.truly one of a kind.”

BBC presented Greg James added: “I’m so sad to hear the news about Hilary. An absolute inspiration for woman in particular who wanted to make their mark in male dominated industries, like she did in haulage. She was also SO MUCH FUN. And an absolute fashion icon”

As well as a hugely successful businesswoman, Hilary has also been an ambassador for the charity the Stroke Association for more than a decade.

The charity said: “We are sad to hear that Hilary Devey has died. Hilary was a long-time ambassador of the Stroke Association after her stroke in 2009 and we are very grateful for all the support she gave us over the years. We send our heartfelt condolences to her family and friends.”

Steven Bartlett, formerly of Manchester-based Social Chain fame and now the newest ‘Dragon’ on Dragons’ Den, wrote: “Saddened to hear about the passing of the wonderful, unique, inspiring former Dragon, Hilary Devey. She was truly one of a kind and her legacy lives on in all the people she helped, the businesses she supported and the Den that she graced.”

Peter Jones posted: “So sad to hear the news that Hilary Devey has passed away. She was an inspiring woman and it was great to spend time with her on Dragons’ Den. Sending my deepest condolences to her family.”