The twins' parents say their homecoming has “saved Christmas”. 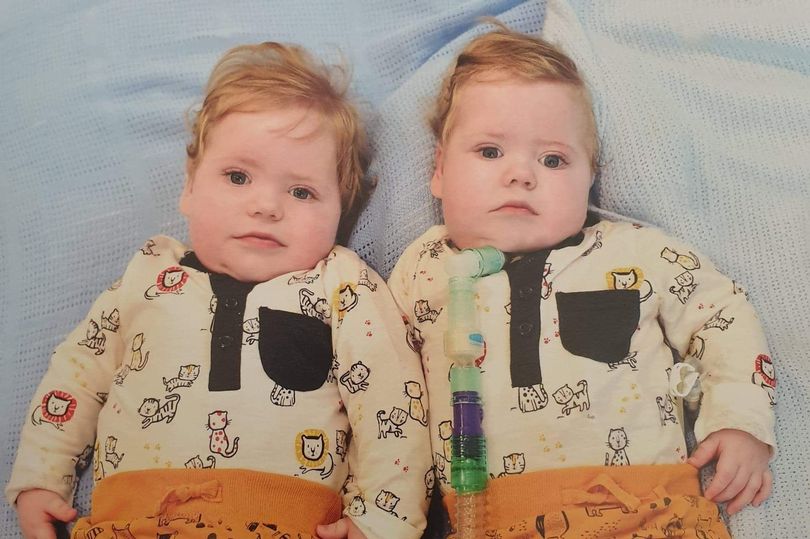 The parents of twins boys who have spent their entire lives in hospital have been delighted with the news they will be allowed home in time for Christmas.

Brothers Carter and Deacon Farnworth have finally been discharged from hospital.

The two-year-old twins – from Leigh in the Greater Manchester borough of Wigan – have sadly been unable to live at home since birth due to their various complex health conditions.

They were born prematurely in September 2018 and suffer from congenital myopathy – a rare muscle disease which causes the muscles to weaken and waste away – meaning the boys are fed through tubes, need 24/7 support from ventilators, and require constant care to manage their posture and positioning.

But now, thanks to ground-breaking specialist equipment, the twins will get to spend Christmas at home for the first time ever.

It’s all thanks to Newlife – a charity supporting disabled and terminally-ill children across the UK that delivers loan equipment within just 72 hours and can approve “fast-track” equipment grant applications within 24 hours when an emergency situation has been identified – which has provided the family with an emergency loan of specialist cots.

The boys’ mother, Melissa Anderton, said: “It’s just amazing, it means everything – it’s our best Christmas and that’s all I can explain it as. The specialist cots from Newlife have allowed us to be one as a family, we don’t know what we would have done without them.

“Carter and Deacon being able to come out of hospital meant so much, it saved our Christmas.

“The P Pod chairs have been a godsend. Now the twins can move around the house and be included and take part in things altogether as a family, we can all sit together and relax and spend quality time together knowing that Carter and Deacon are comfortable and happy.

“It’s been very stressful and there has been a lot of strain on the relationship, but it’s been good to experience the things we have because that’s made us who we are now.”

Now, the family are looking to give back ahead of the festive season.

After it was revealed that Newlife has lost more than £3 million in income due to the coronavirus (COVID-19) pandemic, the Farnworth’s are urging others to donate to change another child’s life this Christmas by backing the charity’s The Big Give Christmas Challenge campaign.

Any money raised through the challenge will provide essential equipment to disabled and terminally ill children who are in desperate need of support through the charity’s Emergency Equipment Loan service, and what’s more is that between 1st – 8th December, all donations will be doubled too.

Newlife is determined to help those families in need.

Sheila Brown OBE – co-founder and CEO of Newlife – said: “It’s been a really difficult six months for Newlife after the coronavirus forced us to shut all of our shops in March and again in October. We lost more than £3m in income but our promise of supporting disabled children across the UK has not been compromised and we’ve been there for families when they need us most.

“A lot of the disabled children who need our help are at most risk of the effects of COVID-19 and right now they need us more than ever.

“Newlife wants to be there for future families who need specialist equipment and we can’t thank Carter and Deacon and family enough for backing our Big Give Christmas Challenge this year. It’s a fantastic way to make your donation have double the impact and we’re hoping our wonderful supporters will be able to dig deep this year.

“Regardless of the size of the donation, your generosity will be directly changing the lives of disabled children and their families across the UK who are in urgent need of our support.”

You can make donations to The Big Give Christmas Challenge via the Newlife website here.