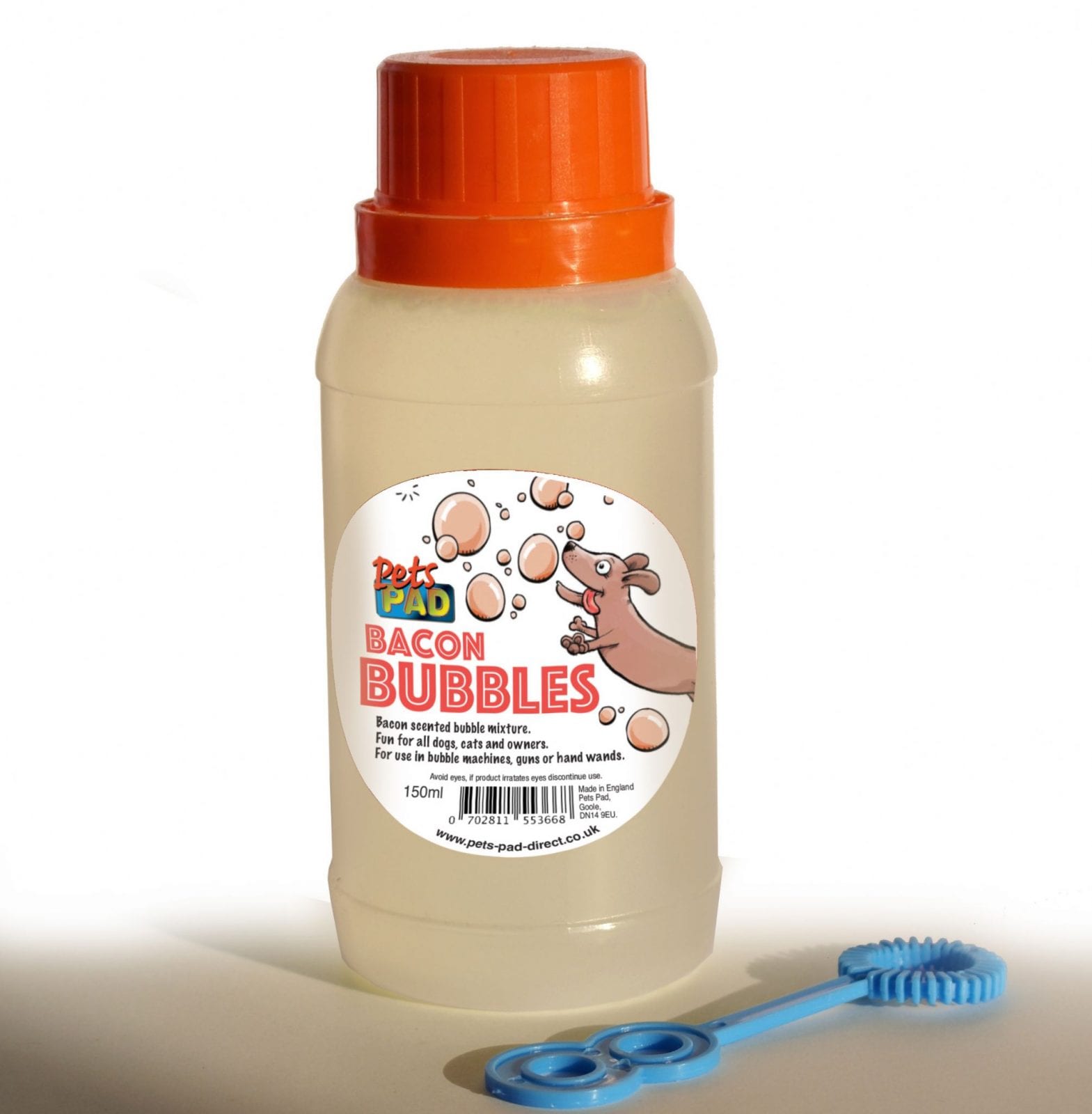 Eager pet owners are going mad for a new dog-friendly bubble mixture that apparently tastes and smells just like bacon.

Bacon is a food beloved by Brits, but it’s our four-legged friends that arguably love the taste of it even more than we do.

That’s why Yorkshire-based pet product manufacturers, Pets Pad, has decided to bottle up the classic bacon taste and turn it into something non-toxic for dogs to enjoy so that they don’t feel left out the next time we reach for the frying pan.

You can use the mixture – which is safe for both pets and children – to either refill your bubble guns / machines for hours of fun, or simply use the free hand wand that comes with every purchase.

According to the description on the Pets Pad website, dogs “just can’t get enough of bubbles”.

They will happily spend ages popping them, chasing them, pouncing on them and most-importantly, chomping at them – but this time round, instead of tasting like soap, they can be treated to the flavour of bacon.

A now-viral post sharing the bacon bubbles to over one million fans on the ever-popular Extreme Couponing & Bargains UK page on Facebook has gone down a treat, amassing over 2.9K comments and hundreds of shares in less than 24 hours, with many keen to get their hands on a bottle.

Many also shared their reviews of the product in the comments, with one dog owner admitting: “Can confirm, my dog adores these”, and another adding: “I’ve been using this for months on my dog Marley, he’s obsessed with them [and] it gives him so much exercise chasing the bubbles up and down the garden”.

A third recommended that the mixture is “better in a bubble machine” so that you can see how many your dog can catch.

You can get your hands on the Bacon Scented & Flavour Dog Bubbles from the Pets Pad website here, which will set you back just £2.25 plus postage and packaging, or you can buy in bulk from eBay instead.

Other shoppers in the comments also hinted that they may be available at selected branches of The Range and Bargain Buys, so keep your eyes peeled.