He said politicians shouldn't 'sit in ivory towers in Westminster'. 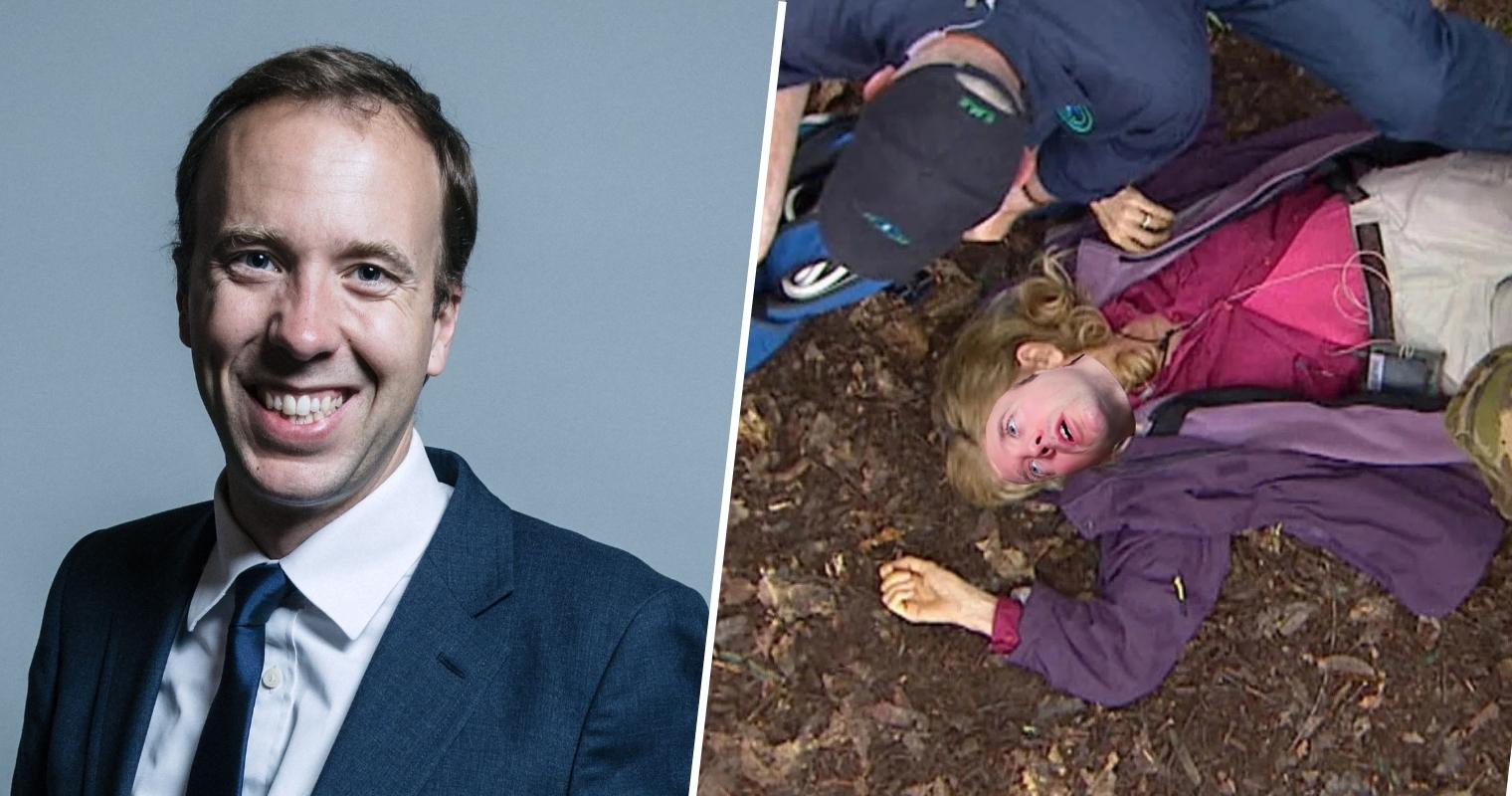 Matt Hancock has broken his silence and explained his reasons for going on I’m a Celebrity… Get Me Out of Here.

The politician was suspended as a Tory MP and lost the whip yesterday when the news broke that he would be joining this year’s famous contestants in the Australian jungle.

Now, in a column in The Sun, Hancock has explained that he hasn’t ‘lost his marbles’ by choosing to go on reality TV.

Rather, he wants to use the platform to reach people who ‘aren’t always interested in politics’ and ‘show the human side of those who make decisions’.

Hancock told the paper: “While there will undoubtedly be those who think I shouldn’t go, I think it’s a great opportunity to talk directly to people who aren’t always interested in politics, even if they care very much about how our country’s run.

“It’s our job as politicians to go to where the people are — not to sit in ivory towers in Westminster.

“There are many ways to do the job of being an MP. Whether I’m in camp for one day or three weeks, there are very few places people will be able to see a politician as they really are.

He added that he hopes to use the platform to raise awareness for his campaign to better identify and support dyslexic children.

Saying that he had been approached three times by ITV before accepting the place on I’m A Celebtity, Hancock continued: “And no, it wasn’t the cheque that changed my mind. I will be making a donation to St Nicholas Hospice in Suffolk and causes supporting dyslexia off the back of my appearance.

“I will, of course, also declare the amount I receive from the show to Parliament to ensure complete transparency, as normal.”

Matt Hancock will be joining other celebrities including Boy George, Sue Cleaver and Jill Scott on this year’s I’m A Celebrity 2022, which will be back in Australia for the first time in two years.

Ant and Dec will be back as hosts as the celebs battle it out to be crowned king or queen of the jungle.

Campmates will spend their first night on an island and face their first trial there, ITV has confirmed.