Man arrested after climbing up The Big One in Blackpool

Eyewitness photos posted to social media appeared to show the offender sitting on the track of the 213 ft roller coaster.

A man who scaled The Big One roller coaster at Blackpool Pleasure Beach yesterday has been arrested.

Lancashire Constabulary confirmed the arrest of the man after the incident sparked a large emergency services response.

Police officers, firefighters, and paramedics were all called to the scene at 7.50pm last night (5 July), LancsLive reports.

Several eyewitness photos posted to social media yesterday evening appeared to show the offender sitting on the track of the 213 ft roller coaster – which is one of the steepest in the world – above the seaside town’s iconic Promenade.

He was then seen moving from the track and onto the steps.

Police said the man came down voluntarily after 20 minutes, before being arrested on suspicion of causing a public nuisance.

He remains in custody today for questioning, and no injuries were reported.

A spokesperson for Lancashire Constabulary told LancsLive: “We were called around 7.50pm yesterday (Monday, July 5) to a report of a concern for safety in Blackpool.

“A man had climbed part of the Big One roller coaster at the Pleasure Beach in Ocean Boulevard.

The statement continued: “The man came down on his own and was later arrested.

“A 49-year-old man of no fixed address was arrested on suspicion of causing a public nuisance and is in custody.”

The new banknote features odes to the codebreaker’s many achievements throughout his lifetime.
byEmily Sergeant

The Animal Welfare (Sentencing) Act is set to cover both England and Wales.
byEmily Sergeant 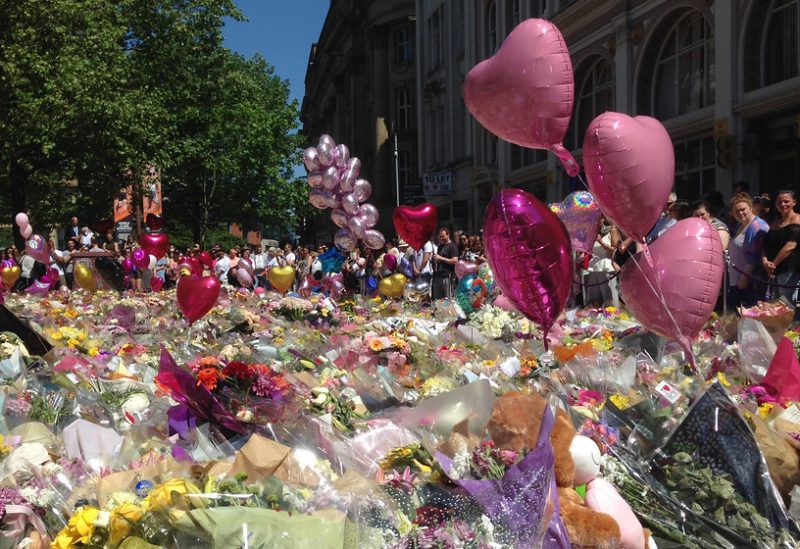 "Four years may have passed, but we know that for many, the pain of what happened has not diminished."
byThe Manc