This first storm will be called Arwen, a Welsh name popularised by a character from the Lord Of The Rings Books. 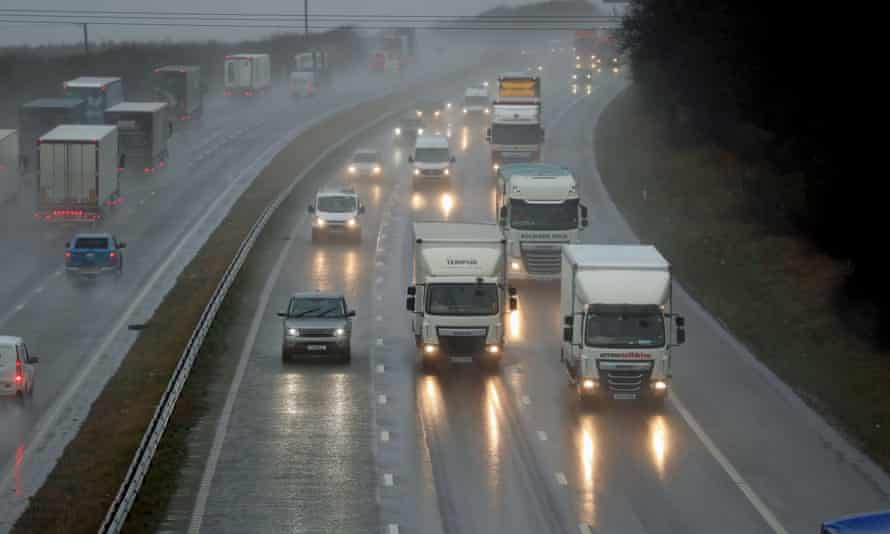 After 10,000 suggestions, the new list of names for the 2021/22 storm season has been chosen by the Met Office and include names from a self-confessed weather watcher, a “quick-as-lightning” goalkeeper, and a daughter who “leaves a trail of destruction”.

The names will be given to the strongest weather systems to hit the UK, Ireland and the Netherlands over the coming year – with the first storm running from September 2021 to the end of August 2022.

This first storm will be called Arwen, a Welsh name popularised by a character from the Lord Of The Rings Books.

The names were drawn from more than 10,000 suggestions submitted to the Met Office for the strongest weather systems to hit the UK, Ireland and the Netherlands over the coming year.

Kim, Logan, Ruby and Dudley are also on the list selected by the Met Office, along with Met Eireann and Dutch national weather forecasting service the Royal Netherlands Meteorological Institute (KNMI).

A Met Office spokesman said Kim was nominated in recognition of a “whirlwind” relative and a self-confessed weather watcher, while Logan was nominated by several parents and grandparents, with one particular Logan being described as a “tornado”.

Ruby, on the other hand, is the name of a cat who “acts like a violent storm” when she enters the house.

Dudley turned out to be the most popular name nominated beginning with D thanks to a Twitter poll by a couple who get married in 2022 and will share the surname Dudley.

Other names on the list – which does not use names beginning with Q, U, X, Y or Z – include Barra, Corrie, Eunice, Franklin, Gladys, Herman, Imani, Jack, Meabh, Nasim, Olwen, Pol, Sean, Tineke, Vergil and Willemien.

Why do we name storms?

Since Name our Storms first launched in 2015, the Met Office has issued a new list of names each September. The list runs from early September to late August the following year. This coincides with the start of autumn when the likelihood of low pressure systems and the potential for named storms increase.

The naming of storms using a single authoritative system aids the communication of approaching severe weather through media partners and other government agencies. In other words, they’re easier to remember and thus remind people to stay safe.

Will Lang, head of the National Severe Weather Warning Service at the Met Office, said: “We’re all aware of some of the severe weather that has been witnessed across Europe and globally in recent months and we work to use any tool at our disposal to ensure the public is informed of potential risks, and naming storms is just one way we do that.”