Aggi O'Casey and Tom Varey who lead in gripping new thriller Ridley Road for BBC One. 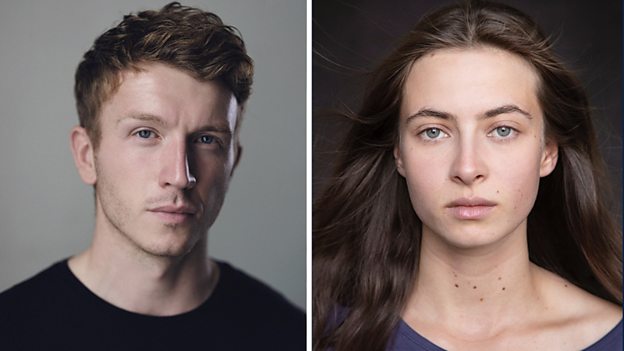 Critically-acclaimed novel Ridley Road – a love story set in the ‘Swinging Sixties’ – is getting its very own television adaptation for BBC One.

Ridley Road tells the story of a young Jewish woman, Vivien Epstein, who falls in love a member of the 62 Group – a coalition of men who stood up against rising neo-Nazism in post-war Britain.

The series sees Vivien reject her comfortable middle-class life in Manchester and sign up to join the fight against fascism.

As Vivien descends further into the organisation, her courage and loyalties are challenged.

Writer, Sarah Solemani, says: “A young hairdresser from Manchester makes an unlikely hero in this little known slice of British history. But in these unprecedented times, it is the unlikely heroes whose stories are now worth telling.

“Britain’s relationship with fascism is closer and more alive than we like to think. Fortunately, so too is our rich heritage of beating it. Honoured to bring the story of Ridley Road to the BBC and Masterpiece.”

Ayela Butt, BBC Commissioning Executive, says: “Sarah’s brilliant scripts have drawn together an extraordinary ensemble cast of some the finest actors in the UK and we are delighted to have exciting new talent, Aggi O’Casey, in the lead role.

“We are thrilled to be working with RED to tell this hugely compelling and inspiring story about an ordinary woman risking everything to fight against fascism.”

The Ridley Road premiere date is expected to be announced soon.