Sing your heart out to iconic songs like Be Our Guest, Belle and Beauty and the Beast as you relive all the best bits of Disney's hit 1991 animation at The Palace Theatre 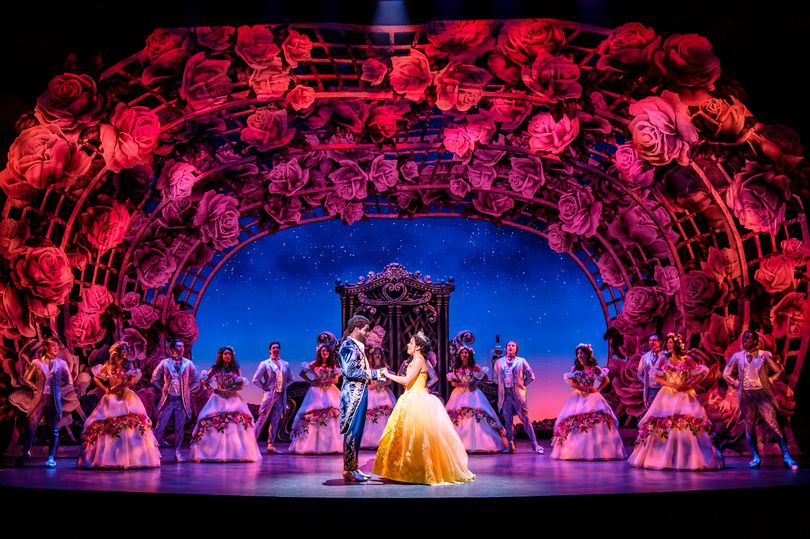 A musical retelling of Disney’s magical Beauty and the Beast tale is coming to Manchester for what looks set to be a huge run next year.

Based on the hit 1991 film, the new musical production features some iconic songs from the smash-hit animation, including Be Our Guest, Belle and Beauty and the Beast whilst also uniting some members of its original Broadway team.

The show has already kicked off in Liverpool this week as part of a huge UK tour. It will be coming to the Mancheter Palace Theatre in the new year, running from Thursday 31 March 2022, through until Saturday 4 June.

Spectacular new designs and state-of-the-art technology fuse with the classic story, as the timeless romantic tale is brought to life on stage like never before, with all the charm and elegance audiences expect from Belle and her Beast.

Courtney Stapleton and Emmanuel Kojo will play the iconic lead roles. Courtney’s credits include Dear Evan Hansen, Six, Les Misérables and Bat Out of Hell, and Emmanuel is best known for performing in Oklahoma!, Girl from the North Country, Show Boat and The Scottsboro Boys.

Sam Bailey (The X-Factor winner 2013, Blood Brothers) plays the legendary role of Mrs Potts, with Nigel Richards (The Phantom of the Opera, Les Misérables) as Cogsworth.

Among the many new features is an exuberant tap dance within the legendary production number Be Our Guest, created expressly for Gavin Lee, recognised as one of the great tappers on either side of the Atlantic.

The structure and tone of the story and score as conceived for the 1991 film by its executive producer and lyricist Howard Ashman with a continued evolution for the Broadway adaptation three years later – made Disney history.,

This new Beauty, while retaining the lush period sound of the Oscar-winning and Tony®-nominated score will be heard afresh with new dance arrangements by David Chase, allowing original choreographer Matt West to re-visit his work.

The original West End production of Beauty and the Beast opened at the Dominion Theatre in April 1997, playing over 1100 performances to more than two million people. It won the 1998 Olivier Award for Best Musical and enjoyed a hugely successful UK & Ireland tour in 2001.

Based on the 1991 film – the first animated feature ever nominated for an Oscar for Best Picture – Beauty and the Beast opened on Broadway in April 1994 and garnered nine Tony nominations and one win.

It played for more than 13 years on Broadway, closing in 2007. It remains to this day – 26 years after it opened – among the top 10 longest-running shows in Broadway history.

Beauty and The Beast is produced by Disney Theatrical Productions, under the supervision of Thomas Schumacher.

Tickets for the new production go on general sale in Manchester From Tuesday 12 October and can be purchased here.