Award-winning winter lantern and light festival Lightopia has revealed a brand new area for 2020 – a Local Heroes display dedicated to those on the frontline. 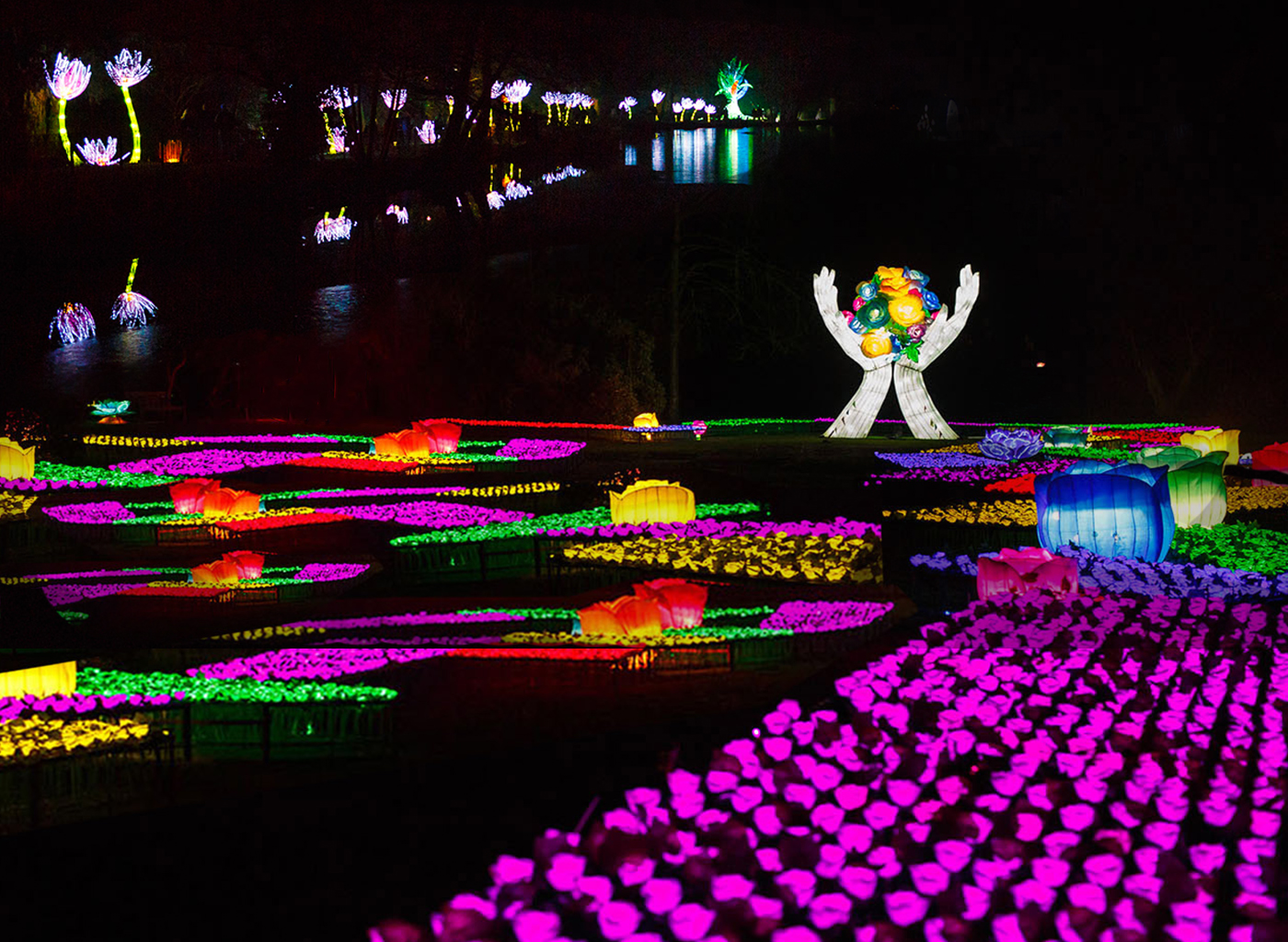 Award-winning winter lantern and light festival Lightopia has revealed a brand new area for 2020: A Local Heroes display dedicated to those on the frontline.

The Local Heroes walkway will be magically lit to reveal a rainbow display – with the words ‘Thank You’ lit up in front of the well-regarded symbol of 2020.

As a further token of gratitude, the Heaton Park festival is offering a Key Workers Discount Ticket – entitling essential workers to 20% off tickets.

Lightopia 2020 is set to feature a variety of new installations alongside a socially-distanced route for guests to explore (with wider footpaths, three entry points and direct access to two car parks).

Each creation has been designed by critically-acclaimed, contemporary artist Ava Moradi.

Commenting on the Local Heroes rainbow, Moradi said: “This area has a special focus on Key Workers. The NHS rainbow is an important symbol of 2020 and a strong reminder to people that the current situation has had an impact on people all around the world.

“This large-scale light installation is visually bright and stunning and will bring joy and happiness to those that visit it.

“Lightopia is a world in which light, sculpture and art combine with new and traditional Chinese lantern-making techniques, to create an immersive experience. This year, the new route has a real festive family-friendly feeling and a magical journey through lantern trails awaits!”

The main centrepiece of the festival is Lightopia’s Christmas showcase, which will take place against the Grade I-listed Heaton Hall.

Also new for 2020 is the Astronomy display; illuminating the night sky with its beautiful moon installation, an area dedicated to the Manchester Skyline and an immersive Musical City encouraging visitors to dance their way through the lights.

The popular Animals attraction will return, along with installations in the Discovery space and Woodland Fairytale area.

Lightopia will be open to the public from Friday 20 November until Sunday 3 January.

For those looking to plan ahead with friends and family this festive season, there are a limited number of tickets available for key workers, with a 20% discount off the standard ticket price, when using code ‘KEY20’ here.

One essential worker ID is required for entry, per party.

Those required to run the justice system, religious staff, as well as those responsible for managing the deceased, and journalists providing public service broadcasting.

Administrative occupations essential to the effective delivery of the Covid-19 response or delivering essential public services, including payment of benefits.

Food and other necessary goods

Those involved in the production, processing, distribution, sale and delivery of food.

Those who will keep air, water, road and rail passenger and freight transport modes operating during the Covid-19 response.

Staff required to keep oil, gas, electricity, water and sewerage operations running. Staff in the civil nuclear, chemical and telecommunications sectors. Those in postal services and those working to provide essential financial services.