It will create over one hundred jobs and add millions to the North West economy. 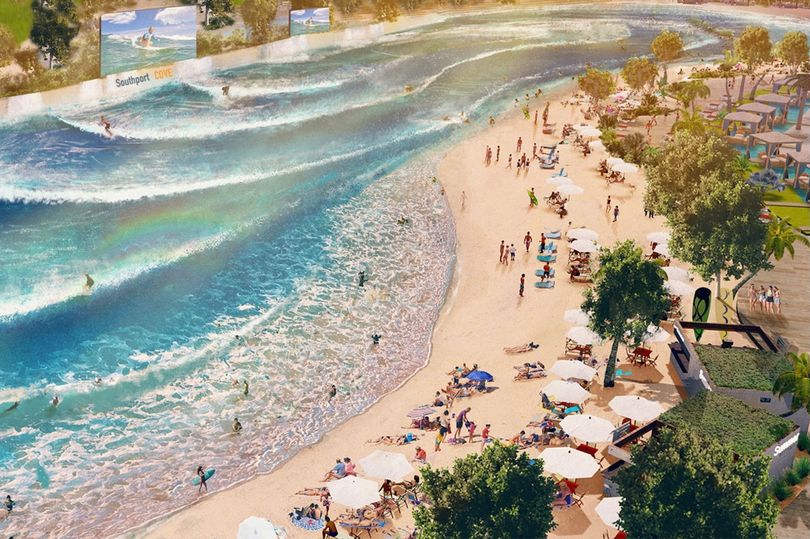 A ‘world class’ water park resort is set to be built in the Merseyside town of Southport, which will create over one hundred jobs and add millions to the North West economy.

And it’s only just over an our away from Greater Manchester.

The Southport Cove Resort – which is the joint project of Go Surf and Sefton Council – is set to be a state-of-the-art seafront space, which will open all year round through what the council has called a “world class wave pool at its heart”.

The surf pool will use innovative technology to create waves that are taller than two metres for accomplished surfers, and 50cm waves for those looking for a more relaxed day out, or are keen to get their practice in.

A 250-metre long beach will also be created with a 360-degree boardwalk and planted gardens.

That’s not all though, as the resort will also be home to a wellness and spa facility, with four-star accommodation, restaurants and cafes, and indoor leisure facilities too.

A total of 120 new jobs are expected to be created, with more an annual £20 million boost to the local economy through an expected 150,000 yearly visitors.

Cllr Marion Atkinson – Cabinet Member for Regeneration and Skills at Sefton Council – said: “Many people will remember that in 1989 the much-loved open-air swimming bath on the seafront next to Princes Park closed its doors to the public for the very last time.

“When we were doing the consultation around the Southport Town Deal, it was clear that many people still had memories of the Lido in Southport.

“This project will, in many ways, bring back a viable facility with all year-round broad visitor appeal, and strike a balance between the memory of this well-loved former attraction and a new, modern, family-oriented offer that will be unique to the region.”

A spokesperson for Go Surf also said that Southport’s location and existing facilities already “lend themselves perfectly to the town becoming a true haven for water sports, indoor and outdoor attractions, and wellness”.

They added: “The town benefits greatly from the successful integration of its town centre, marine lake and seafront [so] we’re taking a world class surf pool and building a resort around it that’s far more than just a place for catching waves,

“Something that all visitors and members can enjoy on any given day of the year.

“Our aim is to create a perfect environment where people meet with friends and family, be it to lounge on the beach or in the gardens, catch some waves, relax in the spa, or just grab a coffee and a bite to eat.”

An opening date for Southport Cove is yet to be confirmed, so keep your eyes peeled.