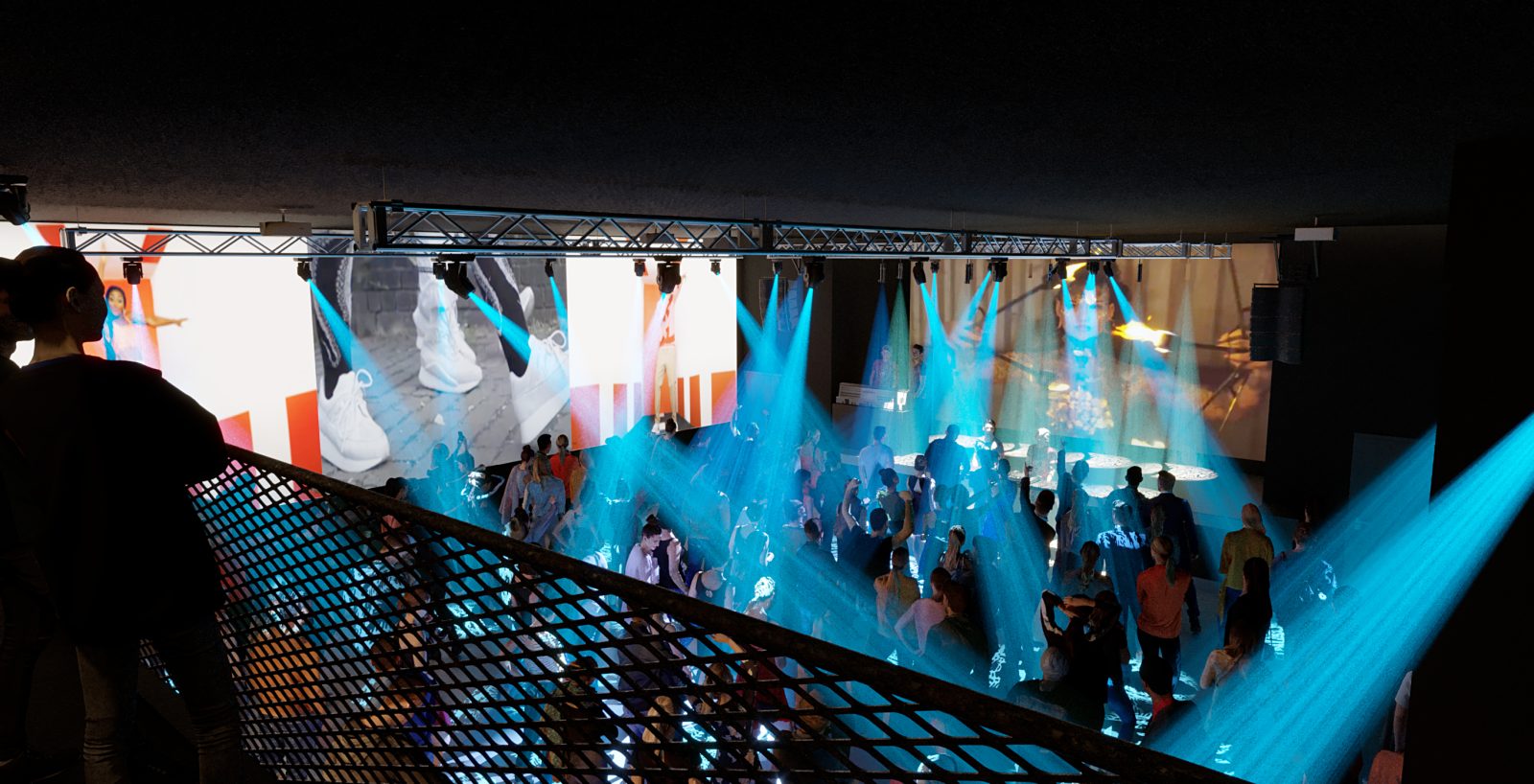 A brand new gig venue with a late-night bar and restaurant and a plunge pool is opening in Manchester city centre next month.

Canvas will throw open the doors to its ‘next-generation’ music venue at the new Circle Square development just off Oxford Road.

The new three-storey hangout will have live music, club nights, a members’ lounge, and a bar and restaurant open until 4am, seven days a week.

It comes from the team behind two legendary London venues, The Pickle Factory and Oval Space, as well as the MAMA Group, which operated Lovebox and Wilderness festivals as well as the Manchester Ritz, G-A-Y and Hammersmith Apollo.

It will be kitted out with cutting-edge technology to deliver a world-class sound and visual experience, with video mapping and projectors enveloping audiences.

It hopes to create a ‘blank space’ for emerging and underground talent.

The Canvas members’ lounge will invite members to participate in events, panel discussions and wellness classes, and will host some of Manchester’s most enterprising young professionals.

Later this summer, a plunge pool and sauna will be added for members to find their own serenity in the city.

Read more: Watch the shocking moment a man does a poo in the middle of a sofa showroom in Manchester

At Your Beat dance classes will take place in a dark room filled with colourful lights and pumping tunes.

Memberships will be held in the form of a Canvas token (an NFT) which will include benefits like free access to gigs and club nights, discounts on food and drink, and part-ownership of the members’ club platform.

They’re priced at £15 per month for under 30s, with a different option for older members.

A food and drink lounge will serve global small plates – curated by Miam Miam Glou Glou – all day, before switching to a late night bar after 10.30pm.

Diners can expect breakfasts like the Persian (Merguez sausage, hummus, spinach, harissa and poached egg) and the Cali (avocado, chilli, lime and egg) with sides of fresh juices, breakfast cocktails and health shots.

It will also serve sandwiches between 12pm and 5pm every day.

Dean James, co-owner and co-founder, said: “We’re thrilled to finally open our doors at Canvas. With authenticity at the forefront of everything we do, our key ambition is to provide the most innovative space where emerging music and new talent can grow.

Read more: Parklife 2022 – line-up, tickets, dates, and everything else you need to know

“We’re incredibly proud of our diverseness; in both what we do and who we are – from our growing Canvas community, right through to our teams.

“By giving people a platform to share and collaborate, Canvas has a really unique way of bringing together artists and audiences from underrepresented backgrounds. We try hard to avoid being polarised – I think it’s this passion that keeps us ahead of the curve and relevant to what our communities actually want adjoin to.

“Through the development of Canvas membership programmes, our long-term vision is to forge an environment that young creatives and grass-roots talent are not only excited to be a part of, but we also hope that they share in a sense of ownership with us too.”