He was here earlier this year with Jeff Beck too. 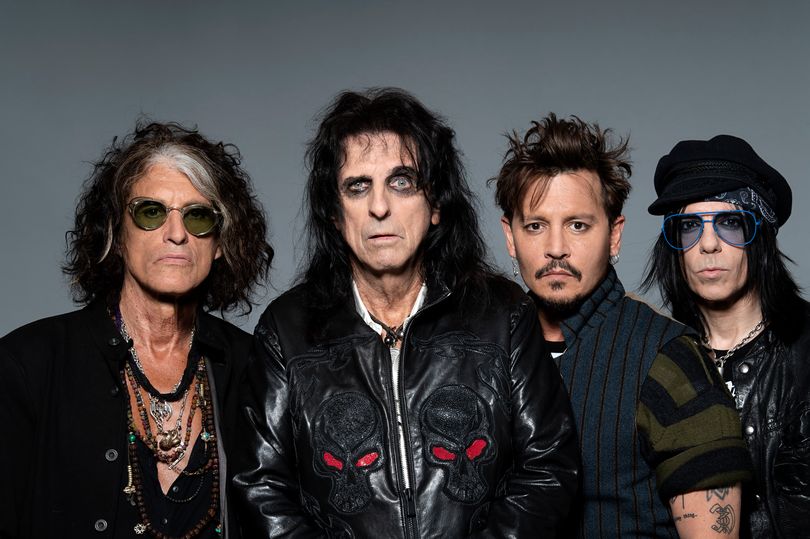 Hollywood Vampires have announced a raft of massive UK tour dates – which means A-lister Johnny Depp will be back on stage in Manchester.

Hollywood Vampires formed in 2012, named after Cooper’s celebrity drinking club of the same name where the aim was reportedly to ‘drink until no one could stand up’.

Over the years, the supergroup has worked with the likes of Paul McCartney, Dave Grohl, and Zak Starkey (formerly the drummer for Oasis).

They’ve now announced a massive UK tour, including a date at the AO Arena.

Depp performed here back in June when he toured alongside musician and friend Jeff Beck.

The Pirates of the Caribbean star last appeared in Manchester shortly after winning his high-profile defamation trial against his ex-wife Amber Heard.

Hollywood Vampires will be joined by guitarist Tommy Henriksen on the tour next summer.

Cooper said: “I can’t wait to get back with the guys, I really love being in that band.

“My band is great and wonderful, but playing with the Vampires is an entirely different situation.

“I don’t necessarily do any theatrics at all, I’m just the lead singer, in a band, and the band just happens to be one of the best bands around. It’ll be great to see Johnny and Joe and Buck and Chris and all the guys.

“We’ll be rocking these places, especially the UK, I can’t wait to get to the UK. Lock your doors, put garlic all around, because the Vampires are coming.”

Various presales for the gigs will start on Tuesday 25 October and run through until the general sale, which starts at 10am on Friday 28 October.

You can find out more and get tickets for Hollywood Vampires’ tour here.