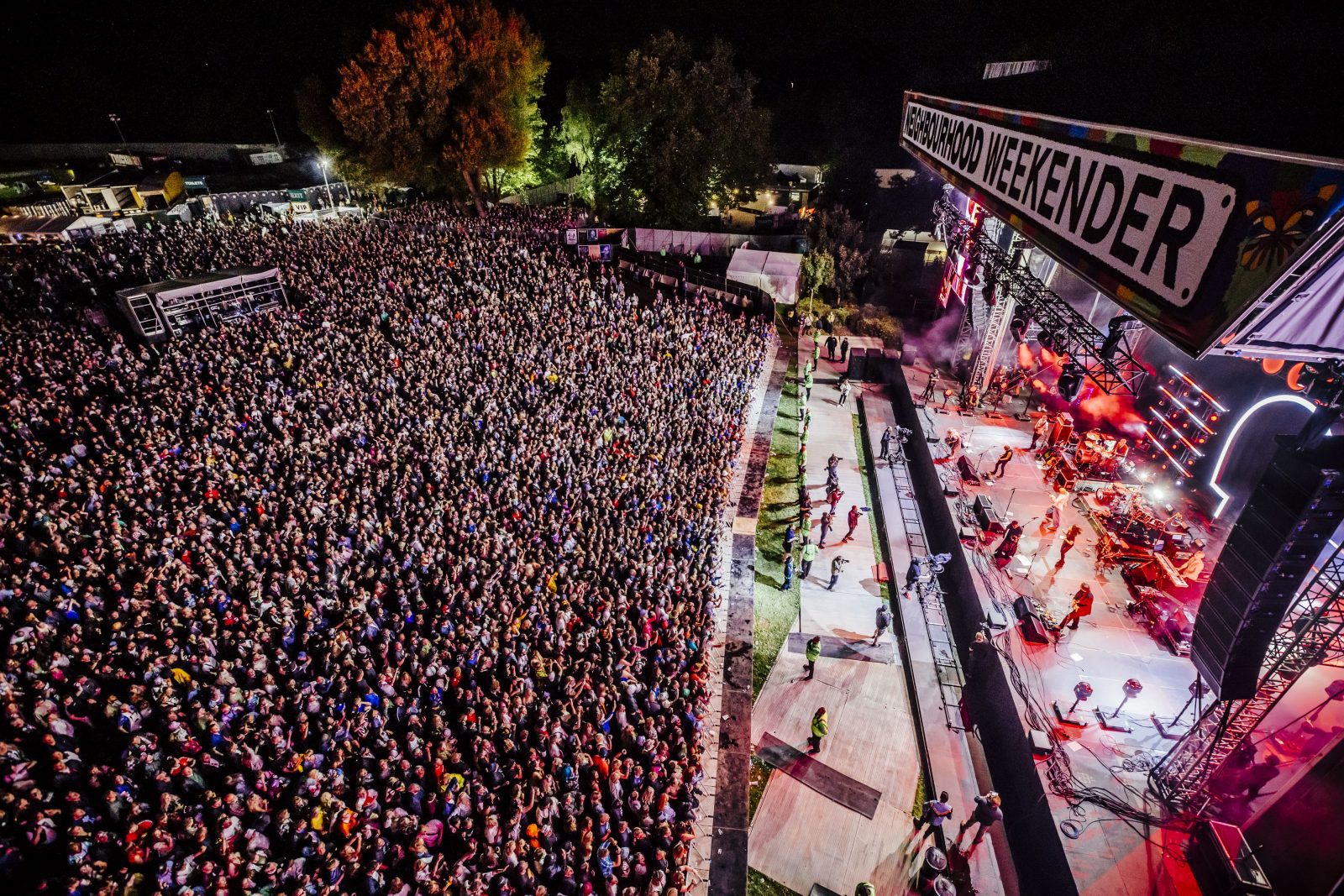 The stage splits for Neighbourhood Weekender in Warrington have just dropped, so planning your festival weekend can begin in earnest.

The huge music event is back at Victoria Park over May 28 and 29, drawing in some massive headliners.

Courteeners, Blossoms and Kasabian are all topping the bill at this year’s Neighbourhood Weekender.

There’ll be a host of rising talent performing too, as well as local DJs at The Cornershop and karaoke and pub quizzes at The NBHD Inn.

Manchester quartet Foxglove will open the main stage on Sunday 29 May after winning a competition with RivFest and the River Reeves Foundation.

Here are your stage splits, ticket information, and everything else you need to know for this year’s Neighbourhood Weekender.

More than 95% of tickets for this year’s festival have now sold out, but final tickets are on sale now.

There are still VIP packages available too, which gets you access to a private area with proper loos, hammocks, an undercover bar and its own street food area, as well as a main stage viewing platform.

Final tickets for Neighbourhood Weekender are available now via nbhdweekender.com, gigsandtours.com and ticketmaster.co.uk.

Set times will be available much closer to the time of the festival.

Where is Neighbourhood Weekender

Sandwiched between Manchester and Liverpool, trains are 30 mins from Oxford Road and Lime Street respectively.