‘United City’ wants to encourage people back to Manchester in a COVID-secure way.

A campaign has been launched by some of Manchester’s leading business owners and public figures to drive footfall back into the city centre post-lockdown.

The collective of business leaders want to encourage people to return safely to towns and the city centre.

United City says increasing footfall is “critical to the success” of the entire region, and will campaign to get Greater Manchester on the road to economic recovery, fix its “broken ecosystem”, and also commission independent research to back up its messages, with hard data and use findings to negotiate with central government.

The founders of United City are Gary Neville of Relentless Group, Chris Oglesby of Bruntwood, Lisa Morton of Roland Dransfield PR, Will Lewis of OBI and Frank McKenna of Downtown in Business.

The group hopes to get the region “back on its feet” and back to supporting retail, leisure, culture, and sports businesses, as well as provide support and advice for business owners to make sure workforces are welcomed back safely.

Raising funds for vulnerable citizens is also included in the plans.

United City‘s strategy plans – which looks to creating COVID-secure environments – include input from the Greater Manchester Combined Authority and Manchester City Council, and its privately-funded research will help to bridge the gap by providing clear data to manage safety in workplaces, hospitality venues and on transport.

The research will also allow Greater Manchester leaders to negotiate with the government on local lockdown restrictions and navigate their own way out of them.

Gary Neville – Founder and Director of Relentless Group – said: “Manchester is built on community and entrepreneurial spirit [and] it’s imperative that this crisis doesn’t remove that from our DNA [so] United City will create a clear path forward for the region and will help to effect genuine change for the people and businesses that are based here.

“To make this happen, we need as much support from the business community as possible.

“We are looking for business leaders to step up and lead the change to our working habits, to get our teams back into the office, and back together again.”

Chris Oglesby – CEO at Bruntwood – commented: “It goes without saying that the region’s ecosystem is broken without a confident and collective return to a more normal life, and that an economic recovery for the city – and millions of people who rely on that ecosystem – is impossible without a shared impetus to get things moving again.

“Within the UnitedCity steering group, we have professionals who can support and advise business leaders to ensure that they are able to practically and emotionally support their returning workforces.

“The city centre in particular needs life breathed back into it; it’s nothing without its people, and the culture, hospitality, retail and leisure businesses within it have helped create Manchester’s reputation as a hotbed of innovation and dynamism.

“We’ll be looking to build a broad coalition with other business organisations and political leaders, with the long-term aim of ensuring Greater Manchester can recover in a way which is sustainable and healthy.”

Will Lewis of OBI added: “A lot of people still haven’t even been back to the city centre since March.

“We’re so concerned for all sorts of different sectors, so we hope that this organisation will encourage and help Manchester and encourage people to get back to the city – not in a cavalier way, in a COVID-secure way.

You can find out more about the United City campaign and objectives here.

The tech company has built various bundles are available as part of an exclusive offer for university students ahead of a new academic year.
byThe Manc

What do you need to become a hands-on landlord?

But what does a hands-on approach consist of, why might it benefit you and how can you enact it?
byThe Manc 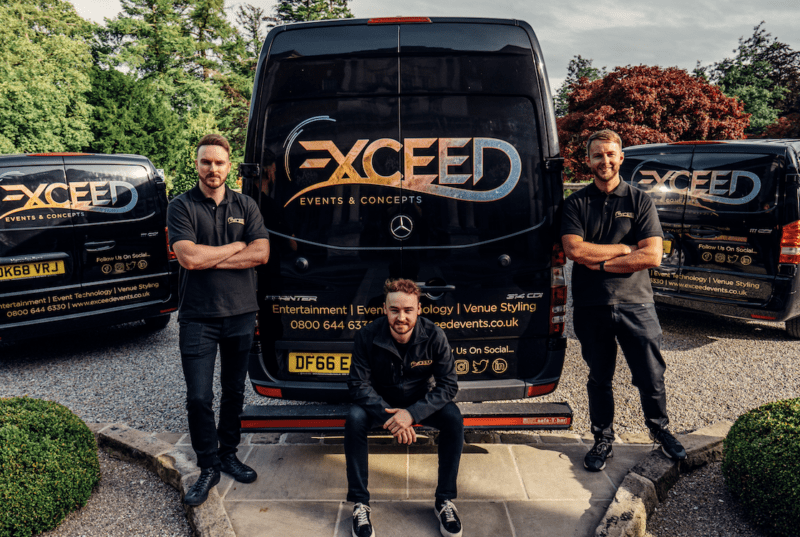 The team behind North West events specialists Scene My Event have revealed a major rebrand and reposition as Exceed Events and Concepts - with bookings being made right up until 2023.
byThe Manc

Since setting up over a decade ago, Andy Hirst’s business has blossomed into the go-to brand for digital work in the music sphere - amassing an envious collection of star-studded case studies.
byThe Manc