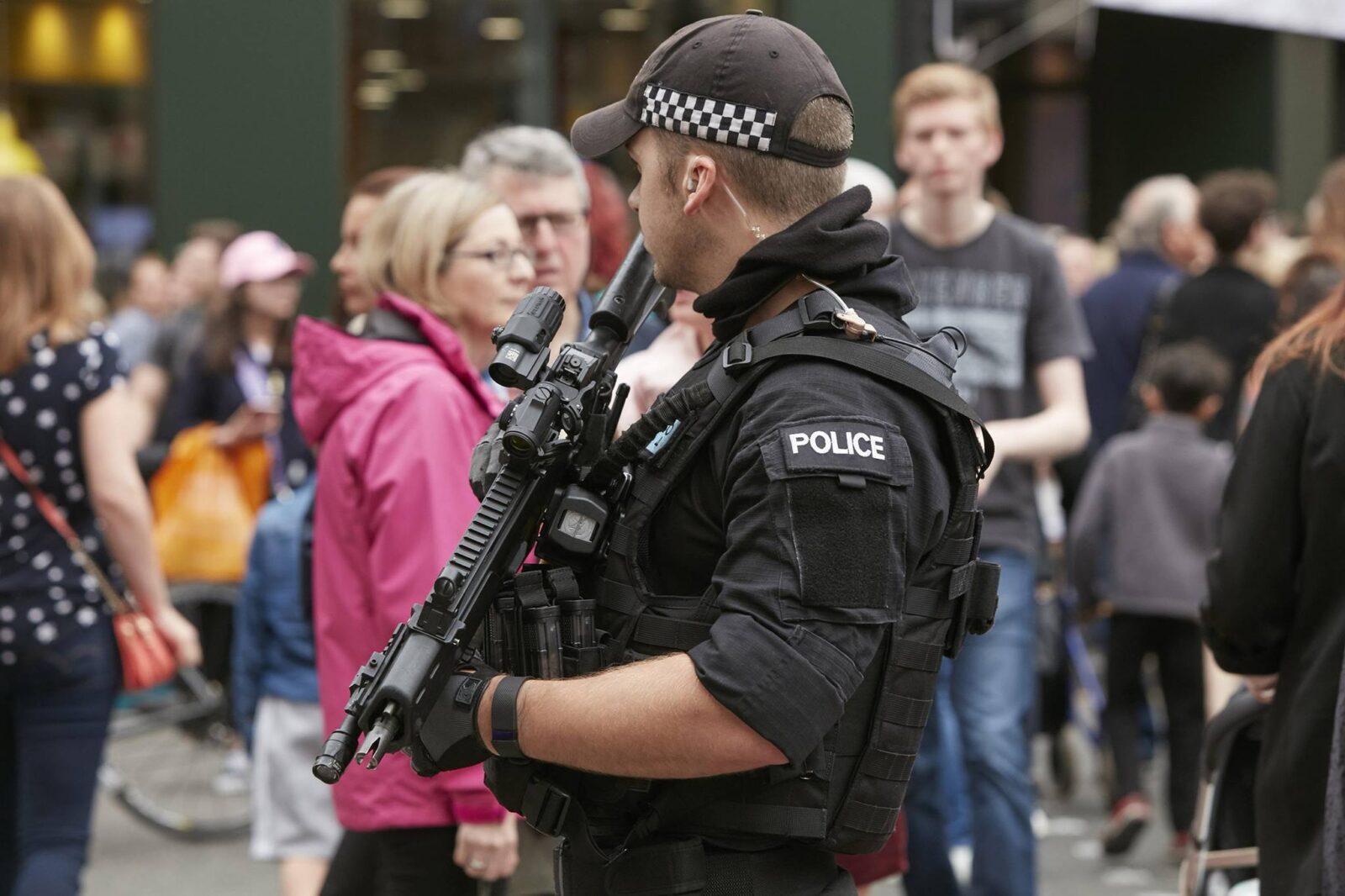 Visitors to the Manchester Christmas Markets will notice specialist officers – including armed police – patrolling the festivities.

The markets kick off this week and will remain in place across the city centre until just before Christmas.

The seasonal event attracts thousands from around Greater Manchester and across the country, and 2022 is set to be no different.

To ensure the safety of all who attend, GMP has said it will ensure an ‘increased visibility of officers’, with additional neighbourhood police officers and PCSOs on duty.

There’ll also be plain-clothed officers and firearms officers, and drones will be used as ‘eyes across the city centre’.

GMP said that Project Servator will be in effect, which ‘involves unpredictable, highly visible police deployments, involving a broad range of assets including specially trained officers, supported by community engagement and communications to help disrupt hostile reconnaissance and criminality whilst reassuring and engaging the public’.

Sergeant Lee Keefe, GMP’s Project Servator coordinator said: “We would like to reassure the public that GMP will be closely monitoring Manchester city centre throughout the festive period. Our security plans are in place for the Christmas markets and visitors can expect to see lots of police across the city centre as safety is our main priority.

“There will be a mixture of highly visible activities such as officers on the streets, including firearms officers, our police dogs and horses, along with more covert operations such as plain-clothes officers and use of drones, CCTV and ANPR cameras to be our eyes across the city centre.

“We will be working alongside our partners and local businesses to ensure we utilise stewards, market staff and the general public to report anything suspicious to an officer.

“The safety and security of all those attending and involved in the markets is a priority for us over the coming weeks and I’d like to reassure the public that Manchester is a safe place to come and enjoy the festivities.”

Councillor Pat Karney, Christmas spokesperson for Manchester City Council, said: “We want everyone who comes to the Christmas Markets in Manchester to have the very best time possible and to feel safe whilst they’re here with us.

“Our partners at GMP do a great job of helping make sure our world-famous markets are a safe place for everyone to visit and we very much value the measures – both seen and unseen – that they put in place every day, all day, at the markets to make sure they are.”

People are reminded that you can report anything suspicious to GMP via 101, or by using LiveChat, and always dial 999 in an emergency. Alternatively, you can make a report anonymously to Crimestoppers on 0800 555 111.