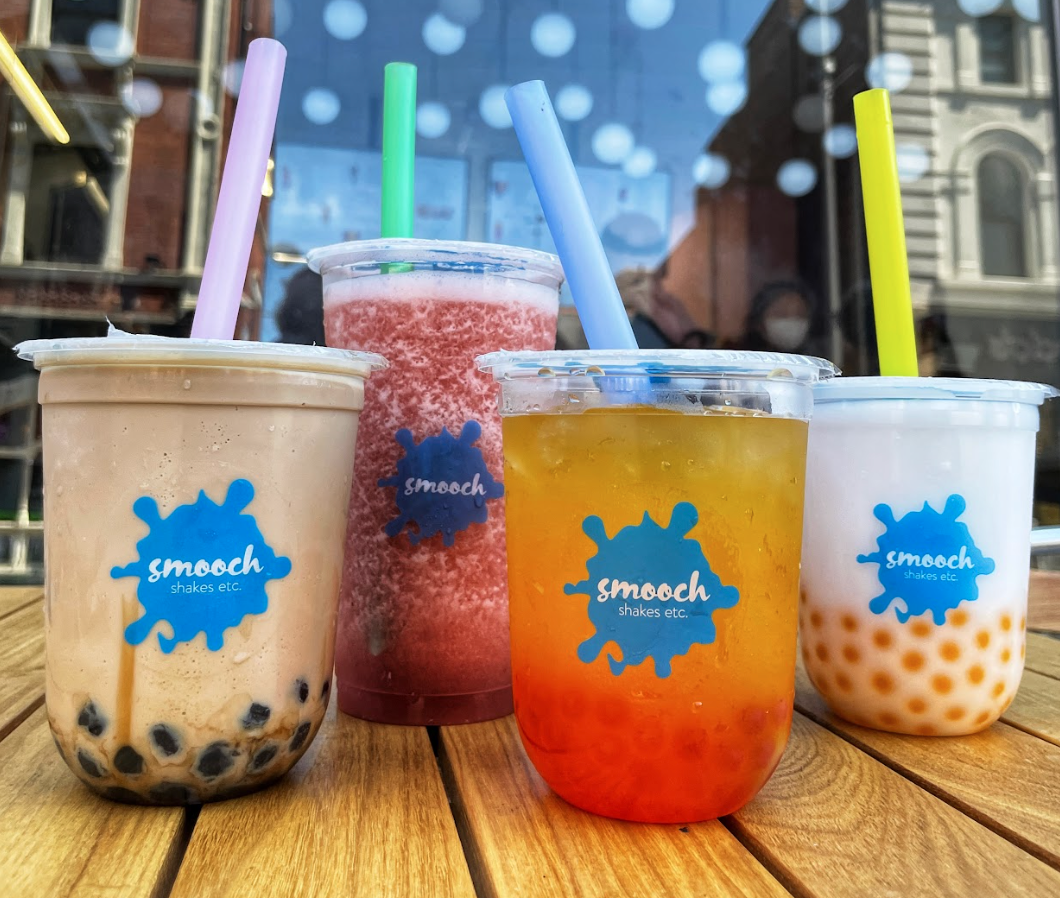 A dessert bar in the Trafford market town of Altrincham has just launched a new boozy bubble tea range in a first for the North West.

Whilst London and New York both have plenty of places to pick up a boozy bubble tea, Manchester has been sorely lacking – until now, that is.

Seeing a gap in the market, Smooch decided to pounce – making its popular bubble teas even more appealing for over-18s by giving them a new grown-up twist.

Bubble tea, also known as boba, is a Taiwanese import that has taken over British high streets. The drink typically consists of a tea base, milk, ice, and chewy tapioca pearls, served in a plastic cup.

Altrincham has jumped on board the bubble tea boom, with the fruit and milk tea versions fast becoming Smooch’s most popular offerings.

Since bubble tea was introduced to the UK, its popularity has soared with an estimated 250 dedicated bubble tea stands springing up in response to demand across the country.

Just a fraction of these locations offer alcoholic bubble tea and, as far as we’re aware, not one of them is located outside London – until now, that is.

Read more: A Manc’s Guide to | Altrincham – officially one of the best places to live in the UK

A short tram ride from the city centre, Smooch can be found in the heart of Altrincham town centre.

Smooch owner, Peter Donoghue, is Altrincham born and bred and loves the community spirit from locals and businesses in the market town.

He says: “I’ve seen Altrincham go through many highs and lows over the years, but I love what the town has become.

“There are some excellent bars and restaurants here and we want to complement that with something fun that can be enjoyed by kids and adults. The bubble teas have been our most popular item so far, and we’re hoping the alcoholic versions will be just as popular.”

Peter has grand plans for Smooch, with a second Smooch shop in Greater Manchester this year.