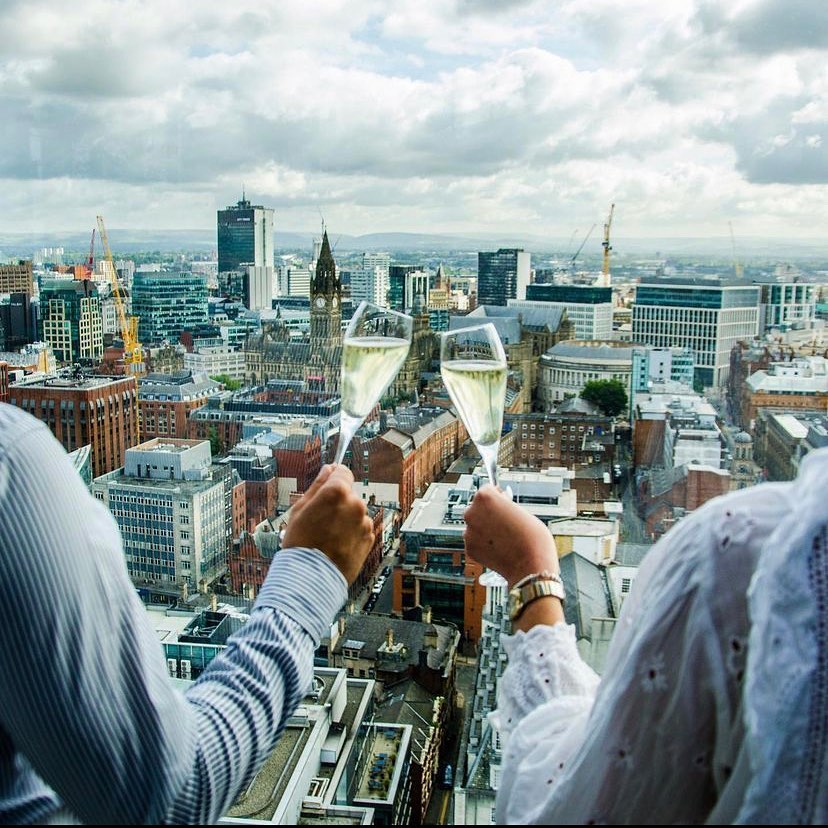 Mother’s Day is nearly upon us, meaning it’s time to start getting your ducks in a row if you haven’t already.

Organising cards, presents and table reservations are just a handful of ways of showing we care, but really there’s nothing better than just spending a bit of quality time with your mum to let her know how much you love and appreciate her.

As we hurtle ahead towards April, with things only set to get more expensive, Manchester’s restaurants are doing us a solid by laying on various free meals, drinks and gifts for the special ladies in our lives to give us a helping hand. Goodness knows we need it.

From bottomless mimosas and endless Yorkshire puddings to Molton Brown goodie bags and complimentary glasses of fizz, keep reading to find out who’s giving away what this Mother’s Day.

This lauded contemporary Japanese and Mexican fusion kitchen on Peter Street is offering all mums a complimentary glass of fizz when they come to dine on Mothering Sunday.

Fine wines, Japanese whiskeys and signature cocktails abound on the bar, whilst on the menu, you’ll find a selection of exciting, modern small plates that combine the best of two, very different, cuisines.

All served within the stunning settings of the five-star Radisson Blu hotel, if you love a spot of people watching make sure to request to sit in the stone alcoves facing onto Peter Street.

Mums can enjoy bottomless mimosas on the house this Mothering Sunday when they dine at Ducie Street Warehouse.

Those out celebrating can tuck into classic roast meats like dry-aged shorthorn beef sirloin, cornfed chicken, leg of lamb, and smoked free-range gammon, alongside a hefty selection of sides that includes its own dedicated cauliflower cheese menu.

Bottomless mimosas are only available in the first hour of the table booking for mums only. You must book online in advance, quoting how many mums are attending:

Mums can eat for free at Spanish and Catalan tapas restaurant La Bandera this Mother’s Day.

When you order a minimum of six tapas plates, the restaurant will knock the three cheapest off the bill as a small way of saying thank you to Manchester’s tireless mums.

The offer is available all day on 27 March, but you must quote ‘MD22LB’ when booking to redeem it. Terms and conditions apply.

At The Botanist in Manchester, mums will receive a special free gift as a token of appreciation when dining out.

The restaurant and cocktail bar is open for lunch and dinner bookings, with a special set menu offering Sunday roasts and hanging kebabs.

Two courses are priced at £25, three for £30, both served with tea and coffee included. Live music will fill the restaurant throughout the day, with a special roast just for children.

Zouk is on a mission to show the mums of Manchester how loved they are, chucking in a free boxed-up cupcake as well as a glass of prosecco or Shloer for all mums on 27 March.

The much-loved Indian restaurant will be serving up its famous Sunday roast sharing platters, built for two, four or six people.

Each one is loaded with three roasted meats and all the trimmings – with a Zouk twist.

The restaurant has also installed a beautiful flower arch and bench in its reception area so you can take a Mother’s Day family photo together as a keepsake.

Mums dining at the restaurant on 27 March will be given a ‘lucky dip’ scratch card on arrival that will reveal either a glass of fizz or a complimentary dessert.

They can opt for any dessert from the menu, with choices including panna cotta, tiramisu, profiteroles and gelato.

Motley Manchester will celebrate Mother’s Day with unlimited Yorkshire puddings and gravy this year, as part of its Sunday roast offering.

In honour of Manchester’s mums and all the hard work they put in to keep us in check, on Sunday 27 March from 12pm until sell-out, guests can heap their plates high with as many fluffy Yorkshire puddings as they can muster.

The offer is open to everyone dining – not just mums. Simply ask your server for more and they’ll happily oblige.

Guests can opt to dine from the Sunday roast menu or tuck into dishes from the restaurant’s A La Carte offering. A special Mother’s Day rose and rhubarb cocktail, created by the bar team, has been paired to match Molton Brown’s latest fragrance.

There will be live music in the restaurant between 1-4pm, and the Molton Brown team will also be on hand offering hand and arm massages and fragrance profiling throughout the afternoon.