The plant-based Indian restaurant not only pays homage to the band through its name, but also through its dishes. 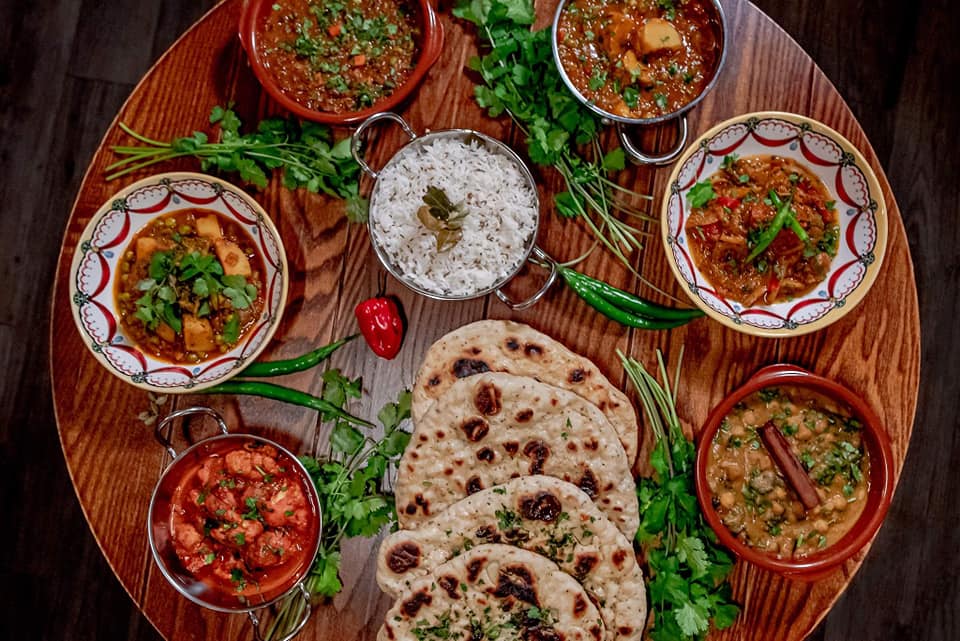 A superfan of the iconic Manchester band The Smiths has decided to pay homage to them in one of the most genius ways there is.

By giving a nod to them in the name of his new business venture.

Madchester music fanatic Max Paley has opened up a curry house celebrating his favourite band – named This Charming Naan – with dishes also named after some of their most famous songs, including Girlfriend In A Korma and How Saag Is Now?

The 25-year-old Smiths superfan – who is originally from Oxford – sells 20 dishes with lyric-inspired names from a kitchen he rents inside the Retro Bar music venue on Sackville Street in the heart of Manchester city centre, and the food is even endorsed by band members too, with former The Smiths drummer Mike Joyce naming a dish on the menu – Last Night I Dreamt That Some Bhaji Loved Me.

In what will surely be music to the ears of the meat-free among us – Morrissey included – the new restaurant is completely plant based.

The restaurant opened for takeaway in December of last year, and Max has plans for customers to eventually be able to sit-in and eat among Smiths’ memorabilia with their tunes playing in the background when the ongoing coronavirus (COVID-19) lockdown restrictions are finally lifted.

Speaking on the opening of the aptly-named restaurant, Max said: “I have been a bit overwhelmed by the reaction,”

“We’ve had Johnny Marr’s son message me saying he loves it and will be down when we can open to dine in.

“We are inside a music venue which has gigs on, so people will get a real experience when they eat in.”

Max – who previously ran a music venue – had just six months’ experience working in a kitchen before starting the business venture.

He opened March and hoped to run it as a restaurant and a festival van, but both plans were halted due to lockdown, and so as a plan B, he opened as a pop-up stall at the street food hub Hatch in Manchester city centre through the summer, going on to earn rave reviews from customers and deciding to open up again before Christmas.

The two-man operation – Max and his pal Joe, who do all the cooking and take all the orders – has seen orders flood in from music fans in the city.

Max added: “I have been going to music festivals since I was 12 and I’d always had a dream of taking a food truck to festivals. I was thinking of ideas with a friend a few years ago and I had the idea of This Charming Naan and wanted to get a food truck together of that name.

“We opened as a restaurant last March and two days later, lockdown hit so we had to stop.

“I fully intend to go around the festivals in This Charming Van as soon as we can and as soon as festivals can start up again.

“We opened again as a takeaway on December 1 and business has been good, but the reaction has really blown me away.”

He continued: I grow the menu organically whenever I want to update it,”

“I’ve taught myself to cook using the internet and videos.

“I’m a vegan, but I don’t push the vegan aspect of the restaurant to the forefront, it just is what it is. I’d rather people judge the food for what it is.

“We started off with just a few dishes like Girlfriend In A Korma and Madras is Murder.

“As I expanded the menu, I tried to keep it to just Smiths songs, but it’s too hard thinking of them all to fit, but most of them are named after songs from Manchester bands.

“I had to go with a Jimi Hendrix song for a dish called Vindaloo Child.

“Supergrass is included on the menu as a little ode to Oxford, they are one of my favourite bands and they are from my hometown.

This Charming Naan is currently delivering across Manchester via Deliveroo and Just Eat, and you can read the full menu via the restaurant’s website here.