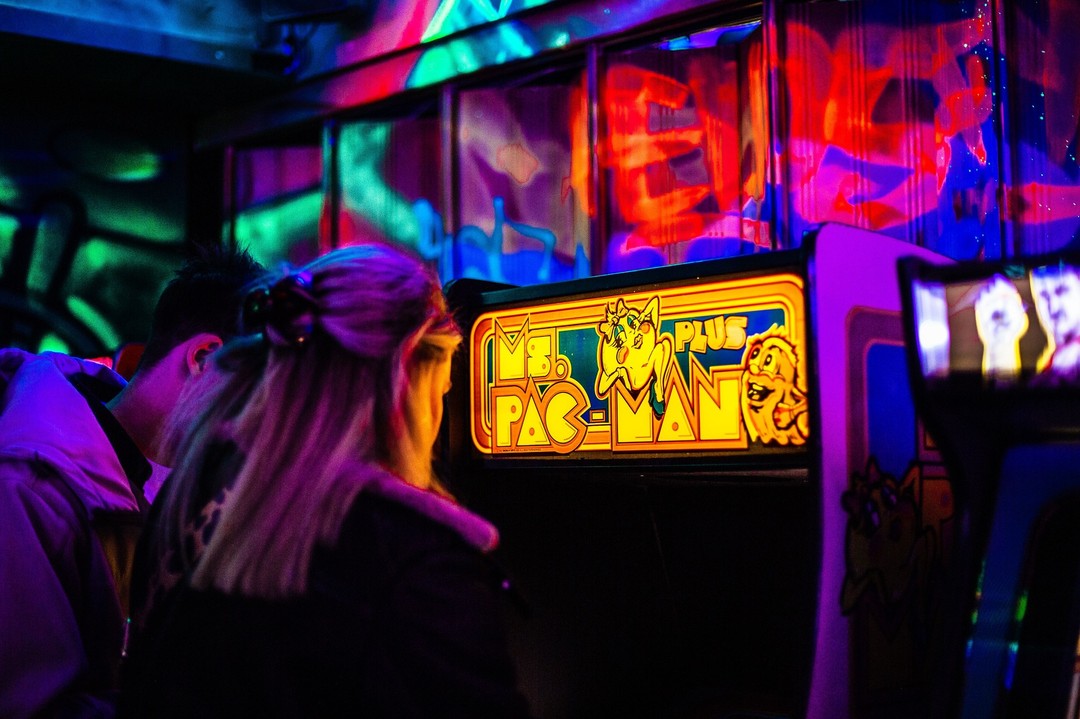 With one of its venues hidden on a backstreet in the Northern Quarter, gaming bar NQ64 has just released a new menu of cocktails all inspired by retro movies, console and arcade games.

From the Ms Stay Puft, which nods to cult film favourite Ghostbusters, to the Super Coco Ball, inspired by the arcade game Super Monkey Ball, each drink embraces a different element of gaming culture.

The subterranean drinking den, which has two sites in Manchester – one in the Northern Quarter and a second on Peter Street – has proven a huge favourite since its arrival in Manchester – allowing locals to revel in nostalgia by button-bashing on classic machines such as Time Crisis, Pac Man and The Simpsons.

Think fruity spritzes inspired by the Mario series, like the Mega Daisy (a combination of lychee, elderflower, orange and prosecco), and the Fantasia, a Fanta-topped sour cherry margarita that nods to the iconic Final Fantasy series.

All the new drinks are available now, with both bars open late until 2am every night of the week. To find out more, visit the NQ64 website here and follow the bars on Instagram here.