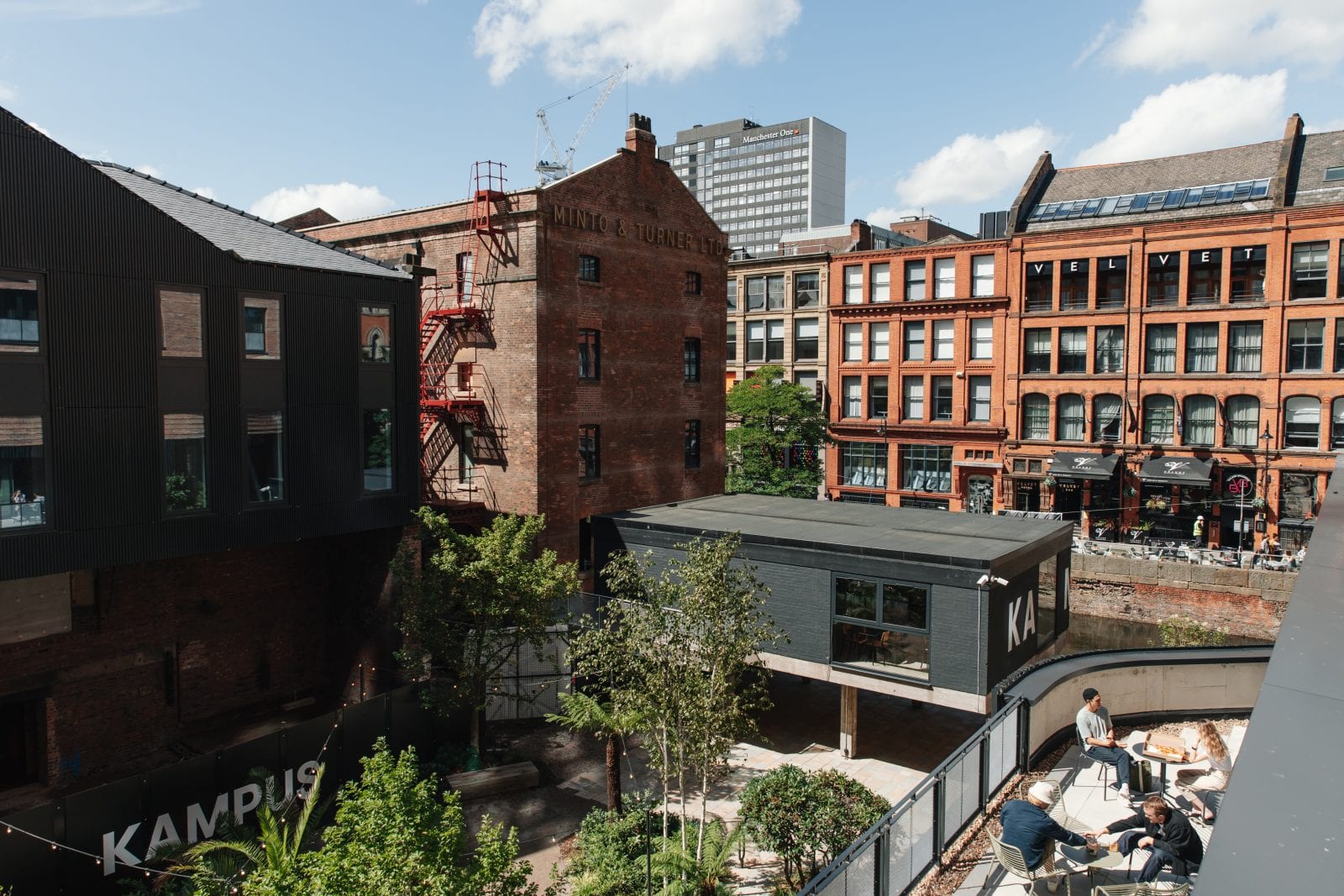 Beeswing, a new wine bar and all-day kitchen, will be the latest to open at Kampus in Manchester city centre.

Beeswing is a collaboration between two local hospitality heavyweights, Anna Tutton (of Vin-yard, formerly at Hatch) and Joe Maddock (from West Didsbury’s Pinchjos).

The two have already worked together on pop-up supper clubs but will take over a vacant plot directly above Nell’s New York Pizza & Bar for their very own venue.

With seating both inside and out, Beeswing will have views right across Kampus’s garden, as well as of Canal Street across the water.

It’s the latest independent operator to be announced at Capital & Centric and HBD’s neighbourhood, joining Pollen and General Stores on the list of 2022 openings.

Beeswing is named after the crust that forms on old wines, which resembles the wing of a bee.

It will serve a rotating list of wines from small producers across the globe, all available by the glass, carafe or bottle.

Light bites and sharing plates will be available throughout the day, made with local ingredients.

Beeswing, which will also include a wine shop on its site, will be open for breakfast and until late in the evenings.

Anna said: “We want Beeswing to be a real neighbourhood bar, a warm and inviting place where you can come and enjoy a glass (or two) of wine and an hour turns into several without you noticing.

“We’ll be serving simple but delicious food, all day long, with an ever changing menu using the best fresh local produce.

“Being alongside like-minded independent businesses in the amazing surroundings of the garden neighbourhood is what attracted us to Kampus and we can’t wait to be part of the community.”

Adam Higgins, co-founder at CAPITAL&CENTRIC said: “This isn’t going to be some stuffy wine bar with intimidating wine lists.

Read more: Cosy country pubs in and around Greater Manchester

“In true Kampus style it’ll have a super relaxed vibe offering something a bit different to what you get elsewhere.

“It’ll also have Kampus’ very own wine shop where residents can come and grab a bottle on their doorstep.

“With Nell’s pizza and bar already open, Pollen and General Stores coming early next year and now Beeswing, we’ve already got a really nice mix of indie businesses in the Kampus neighbourhood – and we’ve lots more to come!”