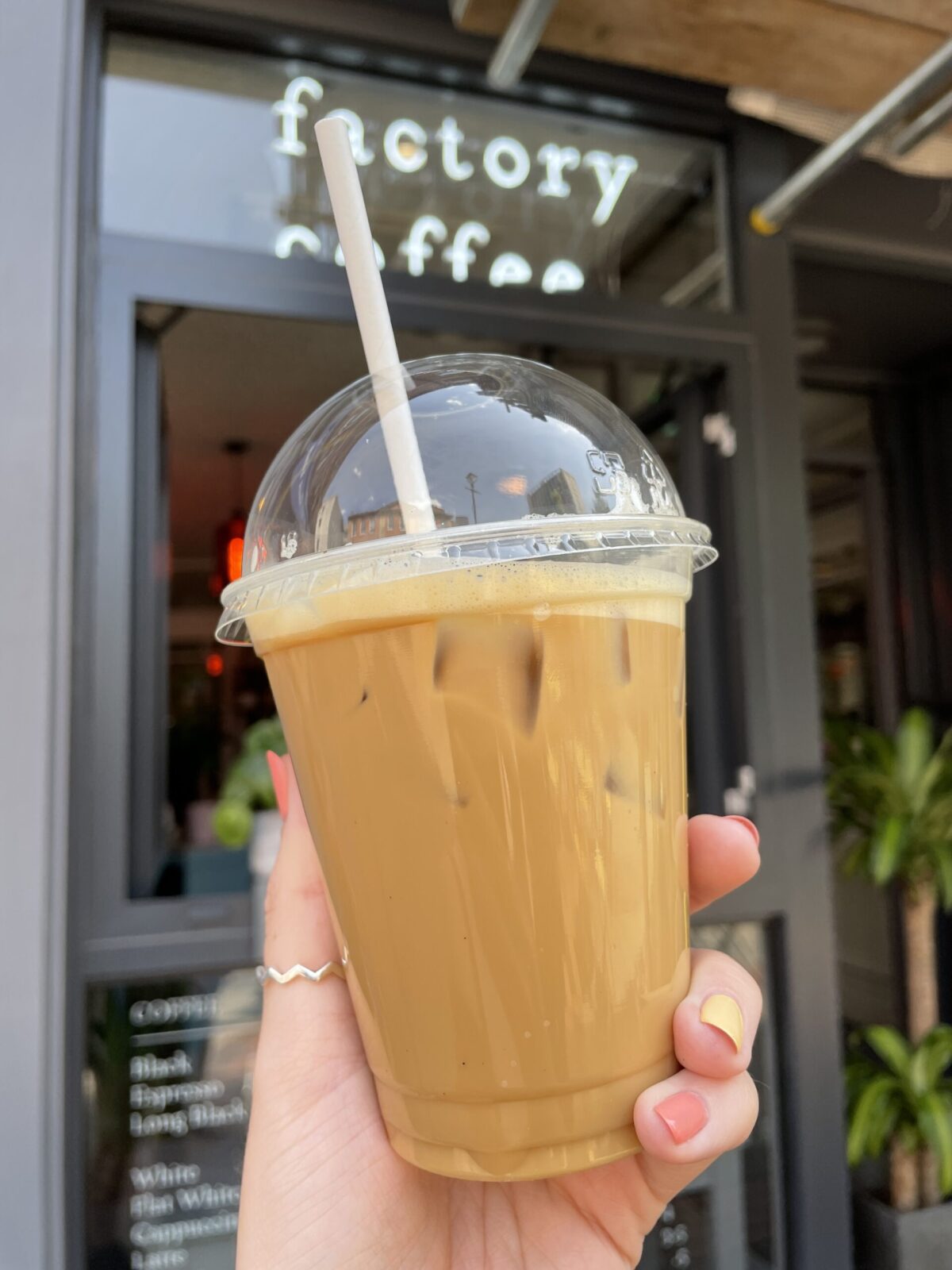 Chief influencer Molly-Mae Hague has struck again – but this time she’s influencing our coffee choices rather than fashion or beauty.

The public figure, who has a massive 6.4 million followers on Instagram, said that she stumbled across the ‘best iced coffee I’ve ever had’ in Manchester.

Given that the city centre is mid-heatwave and nudging close to 40 degrees, ice-cold caffeine seems like the way to go.

The tiny coffee shop in question is Factory Coffee, which sits in the entrance to a suit shop on King Street West.

The little spot serves hot and cold drinks and baked goods through a hatch, just next to Crazy Pedro’s and Liar’s Club.

Molly-Mae gave the coffee shop a shout-out in a vlog on her YouTube channel.

She described her visit to the ‘underground’ Dooley & Rostron tailors.

She said: “Next door to this suit shop there was this little coffee shop, well it’s kind of in the suit shop, and basically, what I’m trying to say is, I think I’ve found my new favourite coffee spot in Manchester.

“It was probably the best iced coffee I’ve ever had, and I was going to try and save a bit to show you it, but I couldn’t.

“I just had one shot in mine and it was perfect, it was a nice vanilla iced latte, it was *mwah*. Lovely.”

Factory Coffee itself has shared the post, writing: “We hear you Molly!”

We went down to try one for ourselves – a Molly-Mae order of an iced vanilla latte with a single shot, £4 – and can confirm it’s a pretty refreshing way to get your caffeine fix.

You can find Factory Coffee at 38 King Street West, sharing an entrance with Dooley & Rostron.