Activities to do nearby Manchester all year long

Here are some must-see things to do in Manchester throughout the year if you have the chance to visit this magnificent city! 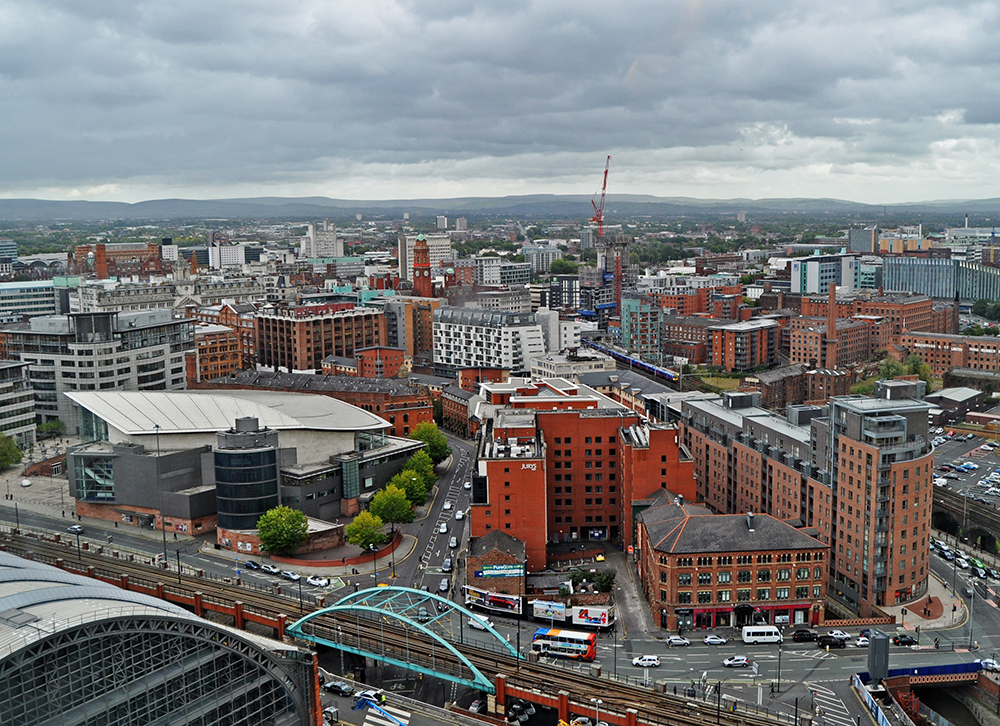 Manchester is a popular cultural destination for tourists, with a great musical culture. The city also hosts famous festivals, such as Manchester Pride and the Manchester Food and Drink Festival.

Manchester is first known as England’s second largest city. A former industrial lung, the city is now famous for its many nightclubs, libraries, and glorious sporting history. Some areas of this city like the Northern Quarter have many independent shops, bars and cultural spaces and offer a beautiful playground for lovers of street art.

Large buildings such as Town Hall and Manchester Central Library can be found around St Peter’s Square. Here are some must-see things to do in Manchester throughout the year if you have the chance to visit this magnificent city!

The Manchester Museum is as famous as the British Museum in London. The permanent exhibitions showcase more than 4 million objects. Dinosaur skeletons and mummies from ancient Egypt can be found there. The site also has a vivarium, in which researchers breed extremely endangered frog species. The local café will allow you to take a break between the different galleries. As admission is free, you can spread your visit over several days.

St Mary’s RC Church “The Hidden Gem”: In the Heart of Manchester

The “Hidden Gem” is a little-known little church in the heart of Manchester. A modest brick building set in a quiet street lined with similar buildings, St. Mary’s is Manchester’s oldest Catholic church. Behind its walls lies a treasure trove of marble sculptures, works of art and stained glass. Don’t miss the 7-astonishing works of modern art by Norman Adams displayed on the left wall as you enter.

Music has been an important part of Manchester culture since the 1960s. Since the 1980s, the “Madchester” movement has flourished in the nightclub and rock scene. Even today, Manchester is renowned as one of the best cities in the UK to party. The Warehouse Project, which takes place every 12 weeks from September to December, attracts over 3 000 visitors per night. You should also go to the Gorilla, the Soup Kitchen, and the Hula, which offer a wide variety of festive atmospheres.

Old Trafford, Home to One of The World’s Biggest Football Clubs

Manchester United have supporters all over the world. Its stadium is therefore a must-see for football fans, which is why it is one of the largest in the UK. It is renowned for the fantastic atmosphere that reigns there on match days. You can take a tour of the museum and the stadium, which will allow you to admire the club’s rich collection of trophies!

Some thoroughbred horse breeding farms are located near Manchester. These farms select the best thoroughbred horses from the best lines. Some horses are also chosen to compete in the most famous horse races in the country. A racehorse can follow several paths to become successful. It can be bred in national or private stud farms on a larger or smaller scale. There are also racing stables which are there to bring together horses from all backgrounds to perfect their training and make them suitable for racing performance. The Cheltenham Festival is the perfect opportunity to experience the best horses in the country. If you are passionate about horse racing, don’t hesitate to visit these farms and follow the cheltenham festival tips for the week. to fully enjoy this event.

Heaton Park, Far from The Hustle and Bustle of The City

Heaton Park covers an area of over 240 hectares and is one of the UK’s largest city parks. You will have access to sumptuous gardens, a famous golf course, several ponds, and many well-preserved historic buildings. This is a popular spot with families thanks to the Animal Centre, playgrounds, navigable lake, and various cafes. Kilometres of paved paths allow you to walk or run in the park. If you don’t feel like walking, a tram can help you go around the park.

Chinatown is one of the UK’s largest Chinatowns. There are dozens of Chinese businesses: restaurants, shops, supermarkets and even banks. Year after year, the Chinese New Year festivities in this district are growing in scope and intensity.