“Manchester is definitely becoming the place to be for moviemakers. Long may it continue.”

Superheroes. Detectives. Gangsters. The Royal Family. Manchester has played host to every kind of character that has projected up onto the big or small screen.

Between Captain America, Sherlock Holmes, Peaky Blinders, and The Crown, the glorious range of architectural styles comprising the Rainy City has rendered Mancunia the perfect host for accommodating a rich tapestry of fictional and factual personalities alike.

The landscape has seamlessly doubled for regions ranging from New York City to a post-WWI Midlands, all whilst producing many of its own stories like Hell is a City (a 60s crime thriller which features a thrilling chase on the rooftops of the Palace Hotel) and 24 Hour Party People (where Manchester’s most enthusiastic flag-waver Tony Wilson is recreated by Steve Coogan).

Manchester is making media right round the clock, right around the year. And a new generation of filmmakers have been raised in the unblinking eye of the camera lens. The result is firms like Mancunian Way Productions rising to the fore – independent companies possessing the kind of chest-puffing civic pride that so many of the artists inside the M60 all seem to share.

Mancunian Way is on a self-described mission to make movies that capture difficult subjects in an authentic way – with scripts ranging from romantic dramas to survival epics.

Their first project was a serial killer short titled Out of Focus – a crime drama covering a murderer on the loose in Manchester. Shot in 12 locations in and around Manchester city centre over the space of the year, Out of Focus fittingly enjoying its premiere in hometown territory at The Printworks before scooping the Best International Film at the Underground Cinema Awards.

Since then, Mancunian Way has grown via word of mouth and enjoyed immense local support from film lovers and regional media alike – with Granada Reports Presenter Lucy Meacock even going on to make a cameo in Out of Focus.

Reflecting on the journey so far, Mancunian Way Productions founder Sean Gonet said: “People thought me and my business partner Kyle Roughneen were far too ambitious [with Out of Focus] and we were constantly being told that we would have to be more realistic with our plans, but this only made us even more determined.

“It was definitely throwing ourselves in at the deep end but it was an incredible learning curve that paid off for us massively.

“We’re hoping to turn Out of Focus into a TV series, soon, too. When you make a short film you don’t get the opportunity to really develop your characters and the plot, so it’ll be nice to stretch it out and tell the full story.”

One is Solitude: a survival drama that follows a British soldier suffering from PTSD who finds himself stranded in the harsh Icelandic wilderness. And the other is A Lost Memory: a romantic drama that follows an Englishman with amnesia whose forgotten past returns to haunt him in the Highlands.

Both have been a long time in the making.

“I completed Solitude a couple of years ago and we were about to go into pre-production, but then came Covid,” Sean explains.

“I managed to get over to Iceland to see the incredible scenery for myself and meet our local production team, but the logistics of shooting a multi-international location independent film during the pandemic became virtually impossible. We would just start to make some progress with things moving in the right direction and then there would be the next lockdown and we were back to square one.”

“It was late last year that I made the decision to write another film that was logistically easier to get made. I wrote A Lost Memory over the course of a few weeks around October.

“In the movie, my character Anthony gets hit by a car down a dark country lane in the middle of the Highlands. As they are miles from the nearest hospital, he is taken to a remote farmhouse to be cared for by local veterinary nurse Ailsa. They soon begin to fall for each other – but Anthony’s past catches up with him when he least expects it.

“The brilliant William Nunez is directing who’s just come off the back of The Laureate starring Laura Haddock, Diana Agron and Tom Hughes. We are due to film in autumn on location in one of the most incredible parts of the world – so I can’t wait to get up there and start filming.”

Sean credits the “invaluable exposure” of long, intense theatre performances in his teenage years in helping him become a prepared performer – learning to accept the social sacrifices that often accompany a film worker’s lifestyle.

In 2019, he decided to make a go of it alone in the filmmaking world – and it was everything he imagined. Hard work and all. Some nights, he would be writing at his laptop, glance up at the clock and realise it was 4am.

None of it was easy. And it still isn’t. But Sean says if young Mancunian filmmakers are willing to put in the work – the opportunities are there.

Read more: Manchester’s legendary nightlife scene will soon be live-streamed across the globe

“There is absolutely no reason nowadays that you can’t just get out there and try to do it yourself – there is so much information freely accessible online and on YouTube about the filmmaking process that there’s nothing you can’t find,” he explains.

“You also don’t need lots of money to make things happen, either. Sometimes it’s one of those where you need to ask 100 people. 99 say no but all it takes is that one person and you’ve got what you need. You’ve got to start somewhere, but so has everyone else.

“The best and most humbling advice I was given is ‘No one is waiting for your film’. Ultimately, no one is going to make it happen for you. You just have to go for it and ask people to get on board. The worst they can say is no.”

Mancunian Way Productions is wandering from its roots a little with its next two features in Scotland and Iceland – but Sean is eager to turn the camera back on his city in the not too distant future.

“Visually, the city offers the perfect backdrop for so many different types of film,” he explains.

“It’s no surprise that filmmakers from all over the world are coming here just to shoot on our streets. Areas like Castlefield and The Northern Quarter for example just have that perfect urban look to them for projects that require a darker, grittier feel. Also, with the skyline increasing as it is, I wouldn’t at all be surprised to see more bigger budget action films being shot here over the coming years.

“The amount of film industry talent from Manchester itself is unbelievable. I have been in so many meetings discussing projects and it turns out that crew members from some of the biggest films in the world are from around here.

“Manchester is definitely becoming the place to be for moviemakers. Long may it continue.”

Learn more about Mancunian Way Productions by visiting their website.

Who said January was quiet month? There's so much happening in our region this week.
byEmily Sergeant 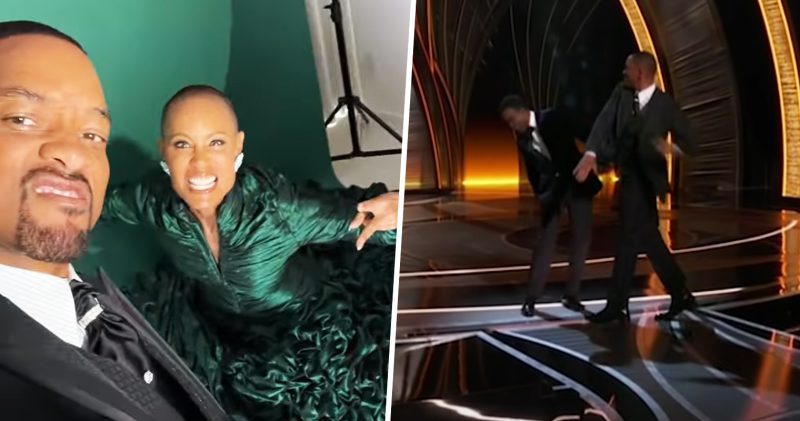 TV history was made in the early hours of this morning, when Will Smith hopped up on stage…
byDaisy Jackson

The Nightmare Neighbour Next Door follows some of the most extreme cases of fallouts between neighbours all over the country.
byEmily Sergeant