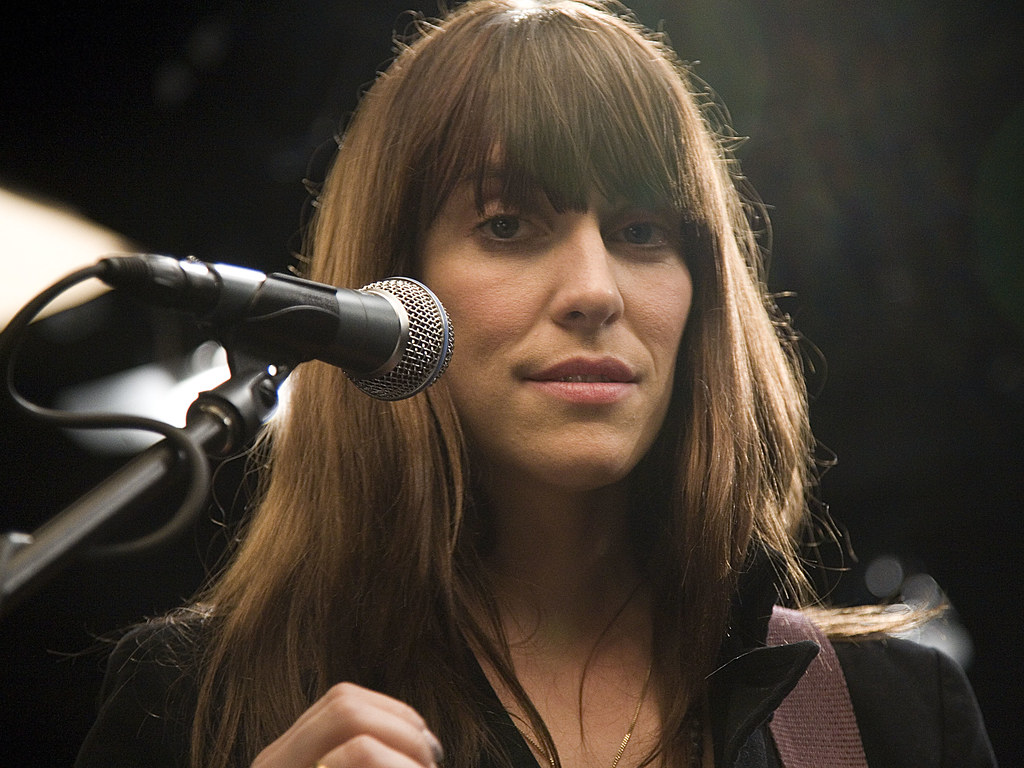 Feist, the support act for Arcade Fire, has pulled out of the tour in the wake of sexual misconduct allegations made against the band’s frontman Win Butler.

Arcade Fire frontman Win Butler, who is married to fellow bandmate Régine Chassagne, has faced a flurry of accusations of inappropriate behaviour from former fans of the band.

On Saturday, an article published in Pitchfork detailed allegations of sexual misconduct from four individuals – interactions that Butler has insisted were consensual.

Fans of the group have been calling for the tour to be postponed or cancelled in light of the controversy, but Arcade Fire’s tour kicked off in Dublin as planned earlier this week.

Feist said that she and her band ‘didn’t have any time to prepare for what was coming’ and were already in Dublin when the news broke.

Initially, she donated all the proceeds from sales of her merchandise to Women’s Aid, but has now pulled out of upcoming dates altogether.

She said: “I’m imperfect and I will navigate this decision imperfectly, but what I’m sure of is the best way to take care of my band and crew and my family is to distance myself from this tour, not this conversation.”

Feist was supposed to support Arcade Fire at their shows in Birmingham today, and Manchester on Saturday 3 September, before moving on to perform in cities across Europe.

Her full statement is below.

At a pub in Dublin, after rehearsing with my band, I read the same headline you did. We didn’t have any time to prepare for what was coming let alone a chance to decide not to fly across the ocean into the belly of this situation. This has been incredibly difficult for me and I can only imagine how much more difficult it’s been for the people who came forward. More than anything I wish healing to those involved.

This has ignited a conversation that is bigger than me, it’s bigger than my songs and it’s certainly bigger than any rock and roll tour. As I tried to get my bearings and figure out my responsibility in this situation, I received dozens of messages from the people around me, expressing sympathy for the dichotomy I have been pushed into. To stay on tour would symbolize I was either defending or ignoring the harm caused by Win Butler and to leave would imply I was the judge and jury.

I was never here to stand for or with Arcade Fire – I was here to stand on my own two feet on a stage, a place I’ve grown to feel I belong and I’ve earned as my own. I play for my band, my crew, their loved ones and all of our families, and the people who pay their hard-earned money to share space in the collective synergy that is a show. The ebb and flow of my successes, failures, and other decisions affect all of our livelihoods and I recognize how lucky I am to be able to travel the world singing songs about my life, my thoughts and experiences and have that be my career. I’ve never taken that for granted.

My experiences include the same experiences as the many people I have spoken to since the news broke on Saturday, and the many strangers whom I may only be able to reach with this letter, or not at all. We all have a story within a spectrum ranging from baseline toxic masculinity to pervasive misogyny to actually being physically, psychologically, emotionally or sexually assaulted. This situation touches each of our lives and speaks to us in a language unique to each of our processing. There isn’t a singular path to heal when you’ve endured any version of the above, nor a singular path to rehabilitate the perpetrators. It can be a lonely road to make sense of ill treatment. I can’t solve that by quitting, and I can’t solve it by staying. But I can’t continue.

Public shaming might cause action, but those actions are made from fear, and fear is not the place we find our best selves or make our best decisions. Fear doesn’t precipitate empathy nor healing nor open a safe space for these kinds of conversations to evolve, or for real accountability and remorse to be offered to the people who were harmed.

I’m imperfect and I will navigate this decision imperfectly, but what I’m sure of is the best way to take care of my band and crew and my family is to distance myself from this tour, not this conversation. The last two nights on stage, my songs made this decision for me. Hearing them through this lens was incongruous with what I’ve worked to clarify for myself through my whole career. I’ve always written songs to name my own subtle difficulties, aspire to my best self and claim responsibility when I need to. And I’m claiming my responsibility now and going home.