Rogers Wholesale Foods - an organisation renowned for providing products at a fraction of their normal price - is cutting the ribbon to its new premises on Saturday (January 30). 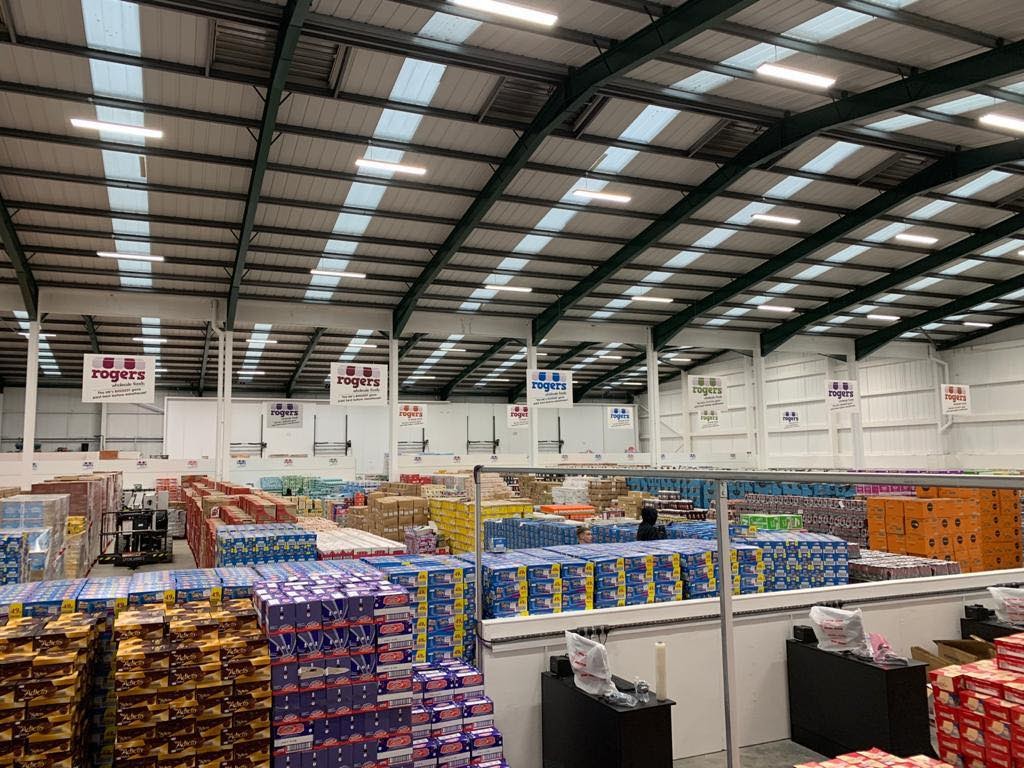 The UK’s biggest ‘gone past Best Before’ supplier is opening a brand new warehouse in Greater Manchester.

Rogers Wholesale Foods – an organisation renowned for providing products at a fraction of their normal price – is cutting the ribbon to its new premises on Saturday (January 30).

The warehouse – on the Bredbury Park Industrial Estate in Stockport – will be the fifth of its kind, with Rogers venues already operating across the country in Poole, Plymouth, Southampton and Bilston.

Specialising in the sale of items which have gone beyond their Best Before dates, Rogers’ unique model means it offers some of the lowest prices available whilst preventing enormous amounts of food waste going to landfill.

The opening of the warehouses are typically huge events, and whilst the celebrations this weekend are being kept to a minimum on this occasion due to COVID regulations, the people of Greater Manchester will still be able to roam the huge, airy aisles in a socially-distanced manner to grab themselves some unbelievable bargains.

Managing Director Mark King stated that Rogers was excited to “bring something positive to the people of Manchester” – with food waste being such a pertinent issue during the pandemic.

Difficult economic conditions have meant more families are struggling than usual – and Rogers is hoping to make a difference by offering more affordable items.

Whilst foods which have gone past ‘Use By” expiry should never be sold, ‘Best Before’ dates are a different breed.

In theory, items with an expired ‘Best Before’ date might have lost some of their texture, taste or colour by that particular time. But according to Rogers, this virtually never happens’ due to the ‘superb’ food packaging of modern times.

The company has also been mentioned by MoneySavingExpert’s Martin Lewis – who has endorsed the business and said that shopping at Rogers was “well worth it”.

Founded in Wimborne Dorset in 2015, Mark said Rogers recognises a “growing need for the public to be offered a different way to do their food shopping and save money in doing so.”

Mark added: “We continually promise to offer our customers those well known brands we all love at hugely cheap prices, whilst of course still being perfectly safe to eat!”

Already, it’s looking like an enormously popular addition to the neighbourhood.

But that’s no real surprise. Us Mancs do love a bargain, after all…

You can visit Rogers Warehouse from January 30.