"I know my son Martyn would be touched by all of the work I am doing in memory of him." 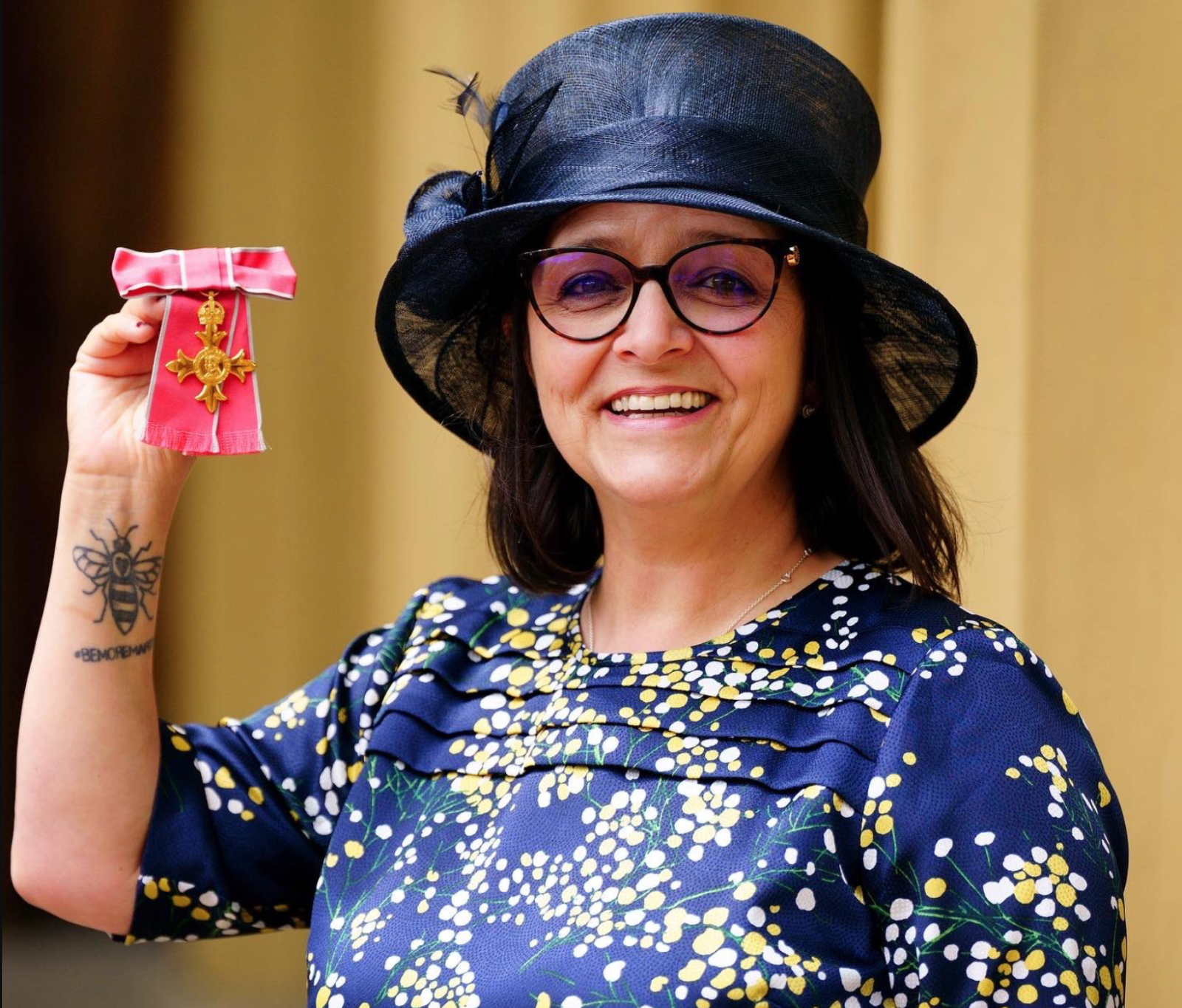 The mother of one of the victims of the Manchester Arena attack, and a campaigner for stronger security measures in public places has been presented with an OBE.

60-year-old Figen Murray – whose son Martyn Hett was one of 22 people killed in the 2017 Manchester Arena bombing – was selected in the Queen’s New Year Honours list in December 2021 after being recognised for her continuous work in counter-terrorism, public speaking, and promotion of peace.

She was presented with her OBE by Prince William The Duke of Cambridge at Buckingham Place last Friday.

This incredible honour comes just a few months after she gained an MSc degree in Counter Terrorism and graduated with a distinction from the University of Central Lancashire (UCLan) back in December 2021.

Figen said she completed the degree to try and understand why her son was killed.

Originally from Stockport, Figen has tirelessly campaigned for the introduction of ‘Martyn’s Law’ since the attack, and the law was recently confirmed in the Queen’s Speech – which set out the government’s planned legislative programme.

Under the proposals, venues across the UK would have a legal duty to devise, adopt, and provide specific security plans and training for a potential terror attack.

Now, Figen – who publicly forgave bomber Salman Abedi less than a month after the attack to “break the cycle of hate that existed” – says that “more needs to be done” to keep the public safe.

After proudly accepting her OBE, Figen said: “The Manchester Arena attack changed my life forever, and I know my son Martyn would be touched by all of the work I am doing in memory of him.

“Whilst the bomber sought to spread hatred and division that night, I am determined to share the values that Martyn held so close to his heart – love, kindness and tolerance – to make our young people more understanding and resilient to extremist influences.

“But there is also work to be done around safety at public places and venues.

“We should all be able to enjoy attending these venues in the knowledge that we are protected against potential terrorist attacks.”

She also spoke about the importance of Martyn’s Law set to be introduced.

“We have an opportunity before us to set the world leading standards and legislation that will provide organisations, businesses and their employees the training and tools to prevent future terror attacks and keep the public safe,” she said.

“I look forward to working closely with the government to ensure this happens.”